WHAT THE EYES DON’T SEE is a new film by award-winning writer/director Cherien Dabis (AMREEKA). It is inspired by the true story of Dr. Mona Hanna-Attisha, the whistleblower who exposed the water crisis in Flint, Michigan that was poisoning residents with lead. Based on a 2018 memoir of the same name by Dr. Hanna-Attisha, the film won the 2018 Sundance Sloan Commissioning Grant and was awarded the 2020 Sloan Athena List Development Grant through the Athena Film Festival at Barnard College. As part of the Athena grant, the festival presented an online screenplay reading in May 2021 starring Cherien Dabis as Dr. Hanna-Attisha. She plans to play Dr. Hanna-Attisha in the film. We spoke with Dabis from her home in Brooklyn about the film’s development, the balance of directing and acting, and what makes this story unique.

Science & Film: How did you become familiar with the Flint water crisis and Dr. Mona Hanna-Attisha’s role?

Cherien Dabis: I started hearing about it when it made national news in early 2016 and President Obama declared an emergency. I have been very interested in public health issues throughout my life, in part because my dad is a pediatrician so I grew up with an awareness of these issues. Also, I’ve had some low-level health issues throughout my life so I became really interested in what is going into our water and food supply. When I heard about Flint, I wanted to know more and started doing some digging, and very quickly I came to learn that one of the key whistleblowers was an Iraqi American pediatrician who is also a woman, a mom, a wife, scientist, and an immigrant. I was excited that an immigrant had done something that I think we can call heroic—she was part of the team of people who went up against city and state officials and took a lot of backlash. I shared her story with my manager at Anonymous Content and she found out that Dr. Mona had just sold a book proposal. It was kind of perfect timing; we inquired and started talking to her during the first half of 2016.

S&F: I have to imagine that because she was a whistleblower and writing a book, she wanted to get her story out there. Was she receptive to your pitch?

CD: She was so receptive. She really wanted to shed light on what was happening in Flint and how the water crisis was simply a byproduct of decades of government negligence, systemic racism, and horrific austerity politics. Her main purpose was to continue to keep Flint in the limelight because she knew lead posed a long-term health problem for her young patients. She knew she was going to be fundraising for decades to come to try and mitigate some of the possible adverse effects. So she was really open. And there was a lot of interest in her story. It was great to have Anonymous Content behind me—my manager there really responded to the story and came onboard as a producer. That was helpful for winning the book option. 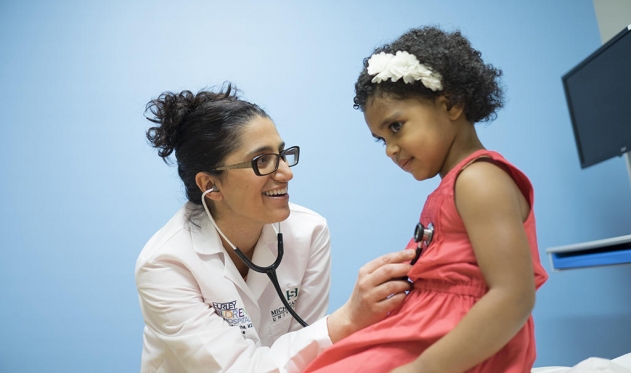 Dr. Mona Hanna-Attisha with a patient

S&F: Many scripts that have received Sloan funding subsequently attach a science advisor, but was that different for you since you are working directly with the source material?

CD: Mona is my science advisor. She’s an incredible person and so deeply knowledgeable about so many different things; not only is she a pediatrician, but she’s also an educator, an advocate. She has a degree in public health, and she’s been an environmental activist her entire life. Her education is so multifaceted, and she’s done a lot of research throughout her career, so she was able to be everything: the consultant on the project, the science advisor, and then she also gave me access to Dr. Marc Edwards who is a scientist and professor at Virginia Tech and a corrosion expert who helped uncover not only the DC water crisis but the Flint water crisis.

S&F: In terms of the style of what you imagine for the film, there are some predecessors that come to mind such as DARK WATERS more recently and ERIN BROKOVICH. How are you thinking about those films in relation to WHAT THE EYES DON’T SEE?

CD: There are a lot of films in this genre, and I am thinking about those films and trying to craft something different. I think there’s a lot to learn about what works, but I also think this story is unique because there is an immigrant at the center of it. In a way, the stakes are higher if you’re an outsider—especially given the times we live in. There is something in that that I think gives a fresh perspective on a genre we’ve seen.

Mona’s family’s immigrant story plays a part in the film. Not only because she comes from a family of activists, but also because her family fled the dictatorship of Iraq. Saddam Hussein actually poisoned his own people in a horrific chemical attack on the Kurdish city of Halabja in 1988. When you’re an immigrant and flee that type of environment, you arrive at a place like the United States and expect that’s all behind you, that you’ve landed someplace where things are better. There is something in that immigrant trust and expectation that makes this film stand out as somewhat of an indictment of the American dream. Here we are in an American city where the government has knowingly poisoned its own people.

As Americans, I think we want to believe we are better, but I think that we are seeing the reality of the erosion of our democracy. Many of us have been aware of it for some time but now it’s undeniable. These issues are really coming to light. The film looks at someone who wants to trust but quickly learns that the U.S. isn’t all that different from the place her family fled.

Within the film there is also this idea that we’re living in a world where we have to be active citizens in order to make sure people are doing their jobs and that there is accountability in order to protect the most vulnerable. If we don’t actively participate [in democracy], then in some ways we’re complicit. That’s another angle that this story takes that I haven’t seen before. When the story starts, Dr. Mona trusts and believes that the experts are doing their jobs, and why wouldn’t she? Even though her patients are complaining, she reassures them. In that way, she’s complacent in the poisoning of the residents of Flint, at least at first, and I think that was devastating for her to learn. It’s a big part of her book. The title is What the Eyes Don’t See, and in a way, she’s implicating herself in that. She’s saying, we can’t look away, there are so many injustices in our world and the moment we look away, we become complicit. 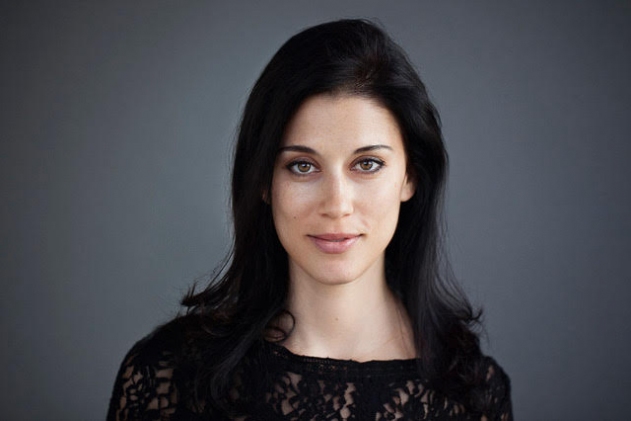 S&F: Can you speak about your decision to play Mona in the film, and how you might balance that with directing?

CD: Mona and I have so much in common it’s crazy. We’re born days apart. We grew up within hours of each other in the midwest. We both watched, and continue to watch, the deterioration of our homelands. We’re super committed to issues of justice. It all makes it feel destined. Of course, until the movie’s financed it’s always a little up in the air. But I love acting and directing. Maybe because I’ve always loved a good challenge. The key to balancing both is to be super prepared and to surround yourself with the right key crew.

S&F: Where is the project now in terms of development?

CD: I’m doing another pass at the script right now, and afterwards we’re hoping to take it out to find our financing partners. We’re hoping to find our partners by the end of this year and to shoot sometime next year.

S&F: Is your hope to shoot on site?

CD: I would love to shoot in Flint because I think it’s important that the residents be a part of telling their own story. I’d love nothing more than to galvanize the community there to be part of the film.

WHAT THE EYES DON’T SEE is written by Cherien Dabis, based on a book of the same name by Dr. Mona Hanna-Attisha. Dabis’s other feature films are AMREEKA and MAY IN THE SUMMER, which made its world premiere at Sundance and international premiere at the Venice Film Festival. She has also written and directed TV series include RAMY, EMPIRE, OZARK, and THE L WORD.