[Editor’s Note: This article is part of “Peer Review,” an ongoing series in which we commission research scientists to write about topics in current film or television. Todd Haynes’s new feature DARK WATERS is based on the true story of lawyer Rob Bilott’s case against the DuPont chemical company. To write about the film, we commissioned chemical oceanographer and Massive Science contributor Anna Robuck. Robuck's primary research topic is the chemical PFAS featured in the film, and she has worked with Rob Bilott. DARK WATERS stars Mark Ruffalo, Anne Hathaway, and Tim Robbins, and is now in theaters.]

An estimated one third of Americans drink water tainted with human-made toxic chemicals called per- and polyfluoroalkyl substances (PFAS). Hundreds of communities around the country are adjacent to PFAS hotspots originating from military bases, industrial facilities, or fire-training areas. More such places are identified almost every time someone spends the money to look. Ninety-nine percent of Americans’ blood contains PFAS, making PFAS contamination one of the most unifying characteristics of the American populace today. Our attention to the dizzying PFAS crisis in the U.S. is largely predicated on the work of an unfamiliar hero, Mr. Robert Bilott. Todd Haynes’s new feature film DARK WATERS introduces the public to Bilott by chronicling his ground-breaking legal battle against the DuPont chemical company’s mishandling of PFAS contamination.

DARK WATERS is based upon several accounts of Bilott’s work, reported by The New York Times Magazine, Sharon Lerner in The Intercept, and Bilott’s own account in his book Exposure. Bilott, played by Mark Ruffalo, is an attorney working for a large and prestigious corporate defense firm in Cincinnati when he is approached by a rough-shod and clearly frustrated acquaintance of his grandmother’s, a Mr. Earl Tennant (Bill Camp). Tennant provides tapes and physical documentation of the ghastly demise of his cattle farm in Parkersburg, West Virginia; Bilott spent time in Parkersburg and on Tennant’s farm as a child while visiting his grandmother there. Tennant is convinced that a landfill operated by the DuPont company upstream from his farm is the cause of the continuing maladies suffered by his cattle and his family. Bilott tries to communicate to Tennant that he “isn’t that kind of environmental lawyer,” yet Tennant’s exasperated resilience strikes a chord with the compassionate and upstanding ethos of Bilott. He persuades his boss (Tim Robbins) to allow him to pursue the case on a contingency basis. 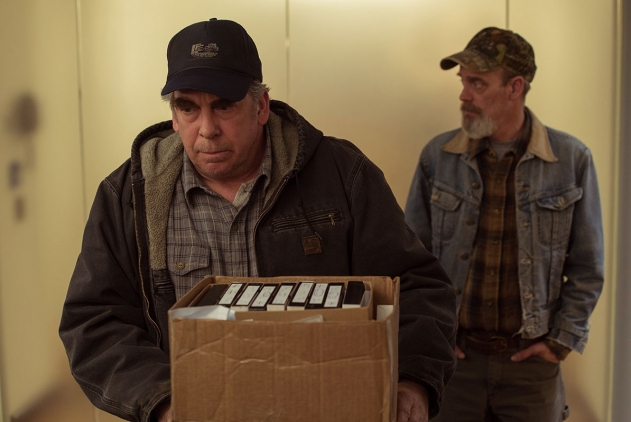 I watched DARK WATERS with my teenage nephew; the scenes following Bilott’s dive into the case are most aptly described by his words, as “the most gripping depiction of thousands of hours of tedious legal paperwork ever put on the silver screen.” Bilott’s work results in the release of hundreds of thousands of pages related to the landfill upstream of the Tennant’s farm; DuPont is trying to bury Bilott in paperwork. Their tactic underestimates Bilott’s fastidiousness, and he combs through every piece of the provided documentation to put together a story of unbelievable corporate malfeasance: DuPont knew they were exposing their workers and the surrounding community to high levels of a hazardous and unregulated chemicals and did not disclose this to anyone, including the United States Environmental Protection Agency (EPA). Dupont also dumped tons of sludge containing a toxic but unregulated chemical in a landfill upstream of Tennant’s farm leading to the poisoning of his cattle, just as he suspected.

This dark dive into DuPont’s documents introduces DARK WATERS’s audience to a pivotal villain of the film that didn’t make the credit list–PFOA. PFOA, also known as C8, are acronyms for perfluorooctanoic acid, a type of chemical used for decades by DuPont to produce Teflon. PFOA is part of the larger PFAS family, encompassing any human-created chemical that contains a certain number of carbon-fluorine chemical bonds. Because of the strength of the carbon-fluorine bond, this family of chemicals demonstrates remarkable environmental persistence, sticking around in the environment and living creatures for decades, if not centuries. PFOA also has widespread commercial and industrial utility. It is used in fire-fighting foams, nonstick cookware like Teflon, stain-resistant carpeting, water-resistant clothing, food packaging, compostable plates, some cosmetics, and many other consumer products that repel oil, grease, or water.

A dialogue between Bilott and his wife Sarah (Anne Hathaway) reveals why PFOA and other PFAS are problematic, despite their utility. PFOA and other PFAS are associated with adverse health effects at low exposure levels. High levels of PFOA in air, water, and soil around Parkersburg, pose real problems for public and ecological health.

The revelations surrounding PFOA and the scope of the DuPont’s cover-up result in a settlement for the Tennants, and a follow-up medical monitoring claim on behalf of thousands of citizens who drank water contaminated by PFOA leaked by the Parkersburg DuPont plant. 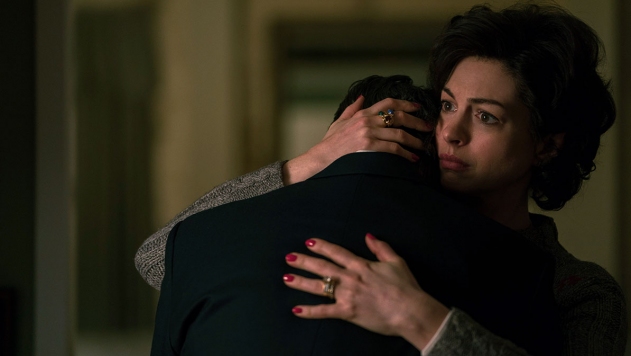 The deliberate and painstaking rhythm of DARK WATERS as it follows these legal battles, which lasted from 1999 to 2015, does not wrap up with a cathartic resolution for audiences. Bilott wins both his cases versus DuPont despite continued corporate chicanery, but in the end the company admits no wrongdoing, no criminal case was pursued, no regulation of PFAS was enacted, and PFOA remains at elevated levels in the blood and bodies of the Parkersburg plaintiffs.

Today, we know the scope of contamination extends well beyond Parkersburg, West Virginia. PFOA and other PFAS remain in the blood of U.S. citizens and people around the globe, with no clear regulatory or remediation path in sight. PFAS remain unregulated at a federal level in the U.S. Chemical companies continue to churn out analogues of PFOA and other PFAS for use in consumer and industrial applications.

Bilott remains at the forefront of efforts to responsibly address PFAS use and misuse, beyond the narrative captured in DARK WATERS. In 2018, he filed a class action lawsuit against eleven PFAS-producing companies on behalf of all Americans with PFAS in their blood—99% of the American public. His latest litigation tackles a larger swath of PFAS; it compels multiple PFAS-polluting companies to fund studies examining health effects associated with types of PFAS beyond PFOA. Such data will provide evidence of harm related to PFAS exposure. Without such information, concerned citizens must take on the burden of proof that individual harm was caused by a specific PFAS compound—an onerous and slow-moving undertaking, as exemplified by Wilbur Tennant in DARK WATERS. In real life as in the film, Wilbur Tennant and his wife both contracted cancer and passed away before the resolution of Bilott’s legal efforts in Parkersburg, West Virginia.

As an early-career scientist researching PFAS, I appreciated the accuracy of the technical detail provided in DARK WATERS and the searing, simple ways in which the film conveys the horrific scope of the Parkersburg PFOA story and its broader implications. DARK WATERS captures the tones of despair and inequity that define the PFAS crisis—some people are allowed to pollute the bodies of others for a profit, and we tolerate a culture that allows this to be repeated over and over again. With this in mind, Bilott’s heroic efforts must be contextualized in light of a sobering truth—one man cannot vanquish the behemoth of PFAS contamination and the culture that enables it. The solution? As Bilott exclaims in the film: “We protect us.” Community engagement and activism across multiple scales and localities must continue to advocate for pollutant accountability and clean-up.