Sloan Film Adventures Of A Mathematician Gets Distribution By Sonia Shechet Epstein | December 1, 2020

The Sloan-supported feature film ADVENTURES OF A MATHEMATICIAN, based on the life of Polish-American mathematician Stanislaw Ulam, has been acquired by Samuel Goldwyn Films. The company will likely release the film theatrically in North America 2021. The rights to ADVENTURES OF A MATHEMATICIAN have also been sold in other territories including China, France, Germany, and Russia. The film recently won the Audience Award for Best Drama and the President's Award for Best Film at the Fort Lauderdale International Film Festival.

Written and directed by Thor Klein, ADVENTURES OF A MATHEMATICIAN stars Philippe Tlokinski as Ulam, Fabian Kociecki as his colleague John von Neumann, Esther Garrel as Ulam's wife Francoise, Joel Basman as physicist Edward Teller, and Sam Keeley as mathematician John Calkin. The film focuses on Ulam's immigration to America during World War II to work on the Manhattan Project, and the moral dilemmas that his work on the development of the hydrogen bomb posed.

When the film was still in script stage, we interviwed writer/director Thor Klein and producer Lena Vurma. That interview, which explores Ulam's work and the film's development, is re-published below.

Science & Film: Thor, how did you learn about Stan Ulam’s mathematical contributions?

Thor Klein: One of my most precious resources has been the book Turing’s Cathedral: The Origins of the Digital Universe by George Dyson. There is a great chapter about Stan and John von Neumann [a physicist who worked with Ulam on the hydrogen bomb] and Stan’s influence on Johnnie’s work. Together, they shaped the early stages of the digital age.

Stan was an extremely lazy mathematician in the sense that he preferred to leave it to other people to write things down. He would constantly produce, but he would not care about who would work out the details. He was an extroverted guy. A lot of Stan’s ideas are not that hard to understand. They are beautiful and highly original. I tried to find ideas in his work that have a metaphorical element.

Lena Vurma: Thanks to the TFI-Sloan award and Doron Weber, we were introduced to George Dyson and he is now our science mentor. That is exciting for us.

TK: George Dyson was in close touch with Fançoise, Stan’s wife. She trusted him totally so she gave him for example all her transcripts from Stan and Gian-Carlo Rota’s [an applied mathematician] conversations. George offered to share them with me, which is a huge treasure.

TK: I listened to tapes and I tried to incorporate his way of talking, the words he would choose, into the screenplay’s dialogues. 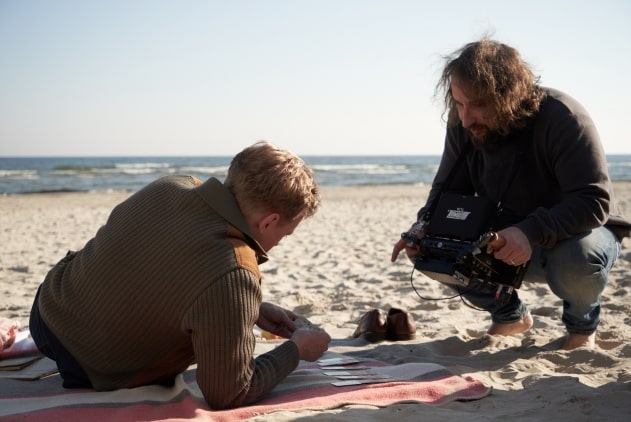 S&F: When did you first learn about Stan Ulam?

TK: It started when I was 13 years old and I read a book about the Institute for Advanced Study. I was impressed that people like Albert Einstein and John von Neumann were so different than what I imagined scientists to be; they had such colorful personalities, they would drive fast cars, throw parties, and wear funny hats. I kept reading and reading and one day, I came across Stan’s book, which incorporates this humorous tone and tells very personal anecdotes.

S&F: You’re adapting the film from Ulam’s autobiography. Have you interacted with the family?

TK: Ulam’s nephew, Alex, is a journalist. He has a lot of letters and photos, and I started my research with him. He is the archivist of the family. We’ve been in touch for two years and we travelled together to Stan`s hometown Lviv, which is now located in the Ukraine.

I also talked to some of Stan’s old colleagues–mathematicians who are now in their late 80s and early 90s.

READ MORE: How To Apply For A Sloan Film Grant

LV: Last November we also visited Stan´s daughter Claire in New Mexico, and we are planning to go back this year.

S&F: Did you learn mathematics for this film?

TK: I was always interested in mathematics but I was never really good at it in school. I learned that I was always fascinated with the underlying ideas. It was very important during my research to re-learn mathematics from a different point of view. There is a great writer named Edward Frenkel, who is a Russian mathematician. He immigrated to the U.S., like Stan, but a lot later. Frenkel’s books, such as Love and Math, were incredibly helpful and I can recommend them highly. Also the book Our Mathematical Universe, by Max Tegmark, helped me a lot. And then there are historians, people like Richard Rhodes, who wrote a famous book about the development of the nuclear and hydrogen bomb. When I started my research, his books were my guideline through this time and also gave me hints about the scientific background.

S&F: When you say you had to learn mathematics from a different perspective, what do you mean?

TK: There is the assumption that mathematics is a secret pattern that is hidden in nature that we can discover. When I started my research that was my personal conjecture. I would ask every mathematician I met, is it something that is out there? Or is it rather something we develop in our mind? I assumed that the mathematicians would tell me, of course it’s out there. But in fact, they said the opposite. Most would tell me that mathematics is a product of pure imagination. Essentially, Stan was saying the same thing. If you want to see certain patterns somewhere then you will find them. I had to learn to see the pure beauty in mathematics without being able to understand all the grammar. 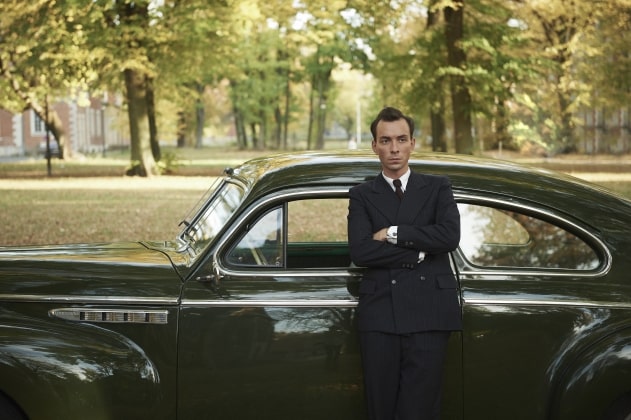 S&F: What films have you looked to for reference?

TK: A film that has a totally different topic but which inspired me is ONE FLEW OVER THE CUCKOO’S NEST by Miloš Forman. It is a film very much driven by one character. In ADVENTURES OF A MATHEMATICIAN, Stan is in every scene. I would like to tell the story with an Eastern European twinkle in the eye, in a Miloš Forman way. When we pitched the film we always said, it is as if Miloš Forman directed THE THEORY OF EVERYTHING.

Also, I am very influenced by the Italian directors from the 50s like Luchino Visconti because he was very good at portraying ensembles of people and that is what my film does, too. It is a European film that takes place in the U.S. and tells the story of a European immigrant.

A great film about science and mathematics is PI, by Darren Aronofsky. The anxiety of the protagonist is something that I also discovered in Stan. He was very impatient; he always had to do something. For example, Stan didn’t like to go to the cinema because he could not sit there quietly for two hours. After ten minutes, he would usually get up and say, okay, I’ve got the concept. And then he would leave.

LV: The film is a humorous ride through twentieth century science. It is very important for us to tell it from Stan Ulam’s perspective, but at the same time the film gives a really good perspective on what happened in the world during the 1940s and ’50s.

TK: What fascinates me is that back then, mathematicians and physicists approached science almost like an art. I look at Einstein not necessarily as a scientist in the modern sense, but as an artist because he followed his intuition and that led him to his beautiful ideas. But through the 40s science turned into an industry and changed the tone in the scientific community entirely.

S&F: What changed science so that it became an industry?

TK: In the first place, it was the fact that a military industrial complex was developing. People realized in the 1930s that mathematics and physics are essential tools for building war technologies. The ’40s gave birth to two central devices: the bomb and the computer. Without the computer it would have been impossible to develop the hydrogen bomb. The computer was basically developed because they needed computing power to do complex calculations.

ADVENTURES OF A MATHEMATICIAN is written and directed by Thor Klein, and produced by Lena Vurma, Joanna Szymanska, Paul Zischler, and Nell Green. It was supported by two Sloan grants from the Tribeca Film Institute and two from Film Independent.