In 1998, Darren Aronofsky (BLACK SWAN) made his directorial debut with PI, an eerie portrait of an obsessive mathematician. In August of 2017, the Museum of Modern Art will be showing a 35mm archival print of the film as part of its series “Future Imperfect: The Uncanny in Science Fiction.” PI stars Sean Gullette (REQUIEM FOR A DREAM) as Max, a number theorist who believes that math “is the language of nature” and can be found everywhere, but who becomes increasingly obsessive as the film progresses. Science & Film spoke with Dr. Barry Griffiths, a mathematics professor at the University of Central Florida, about the film before MoMA’s screening.

Science & Film: Do you think math is found in nature, or do you think it is something people have invented?

Barry Griffiths: I think mathematics is found in nature. There are many examples: from the Fibonacci sequence in shells and pinecones, to the symmetry and golden ratios found in the human body, to the elements of fractal geometry possessed by broccoli and cauliflower.

S&F: What do you think of Aronofsky’s portrayal of a mathematician?

BG: You can see from PI that mathematics is difficult. It is somewhat of a solitary and frustrating pursuit. There is an obsessive nature that maybe mathematicians need to have to reach the top of the field. One of the famous examples of that is Fermat’s Last Theorem. The proof had eluded mathematicians for several hundred years, and the man who finally discovered it–Andrew Wiles, in 1995–essentially became a recluse in the seven years beforehand. So the level of obsession and dedication illustrated in the movie is found in real mathematicians.

S&F: You said you don’t think anyone would see PI and be inspired to become a mathematician, but do you ever use film in your teaching?

BG: A documentary about Fermat’s Last Theorem was made by the BBC. When I teach number theory, I end the course by showing my class that documentary and I think the students find it inspiring. PI is a very different movie. It shows the dark side of mathematics that every mathematician knows does exist, but it’s not something that should be glorified or held up as the norm.

S&F: One part of the film that I thought showed how interesting mathematics can be is when Max meets Lenny, who is a Hasidic Jew interested in the number theory of the Torah.

BG: They come together as a result of two very different approaches. Max is looking for patterns in the stock market; financial mathematics is an aspect of the discipline. When Max first meets Lenny, he is skeptical but eventually comes to understand that they are trying to do the same thing and look for a golden pattern. In the case of Max, it is to unlock the stock market and in the case of Lenny, it is to unlock the secrets of the Torah. I think it speaks to the fact that there are patterns in nature, and patterns in everyday life, and that mathematics does permeate all of society. 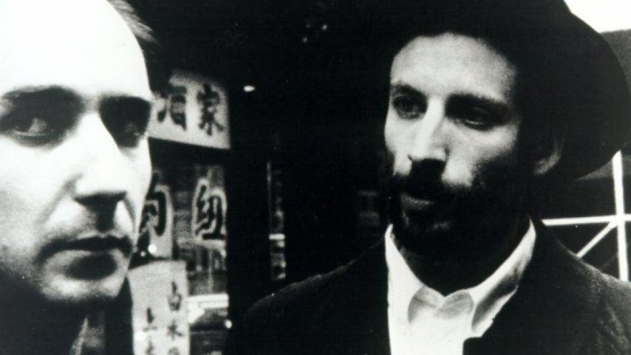 Dr. Barry Griffiths is an Associate Instructor in the Department of Mathematics at the University of Central Florida, and teaches summer classes at John Cabot University in Rome.

PI, written and directed by Darren Aronofsky, stars Mark Margolis (BETTER CALL SAUL) and Ben Shenkman (BILLIONS) in addition to Sean Gullette. The Museum of Modern Art will screen the film on August 24 and 26.