At the height of the Space Race in the 1960s, a group of villagers in Zambia came together to join the competition. Oscar-nominated filmmaker Nuotama Frances Bodomo’s award-winning short film AFRONAUTS is inspired by the true story of the Zambian Space Academy which hoped to send a 17-year-old woman to the moon. The film was made with support from the NYU-Sloan program. It is now available to watch on Sloan Science & Film.

Set in 1969 just five years after Zambia gained independence from the United Kingdom, AFRONAUTS is a story of a person as well as a nation’s coming of age. As Bodomo told Science & Film in a 2015 interview, “I want to explore the longing for scientific reward from the perspective of those who seemingly do not have access to it. The Afronauts' technology is cobbled together, but it works. They make urine-fueled generators and telescopes from bean-tins. AFRONAUTS removes science from the popular iconography of the laboratory and puts it in the shantytown. Bringing light to the current scientific spirit in Africa—the Invention Generation—is an exciting part of this project.” 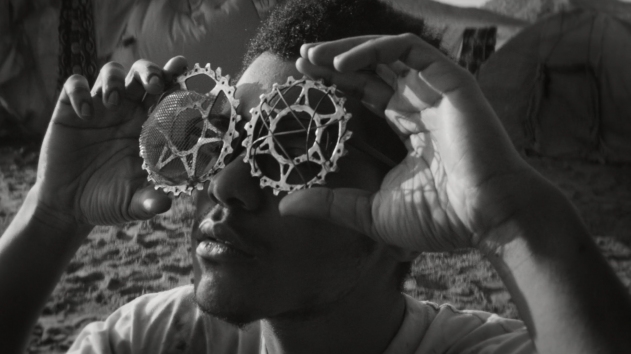 Since its premiere at the 2014 Sundance Film Festival, AFRONAUTS has been selected to screen in the Berlinale, as part of MoMA and Film at Lincoln Center’s New Directors/New Films, and has been included in exhibitions including the 2018 Venice Biennale Architecture and the Whitney Museum’s 2016-17 exhibition Dreamlands. Bodomo has recently been in development with a feature film version of AFRONAUTS, which she plans to shoot in Zambia. To do so, she has already received three Sloan grants from Film Independent, the Tribeca Film Institute, and a second NYU grant. The feature has attached as producers Ryan Zacarias (PING PONG SUMMER) and Vincho Nchogu (GABRIEL AND THE MOUNTAIN).

AFRONAUTS is written and directed by Nuotama Bodomo. It is produced by fellow Sloan-supported filmmaker Isabella Wing-Davey (THE RAIN COLLECTOR). The film stars Diandra Forrest, Yolonda Ross, and Hoji Fortuna. AFRONAUTS will be available henceforth in the library of Sloan-supported short films, which includes educational resources so that these films can be used in the classroom.