Here is a selection of creative takes on the world of science and film for the month of May:

Science on Screen: Origins of the Laser Light Show at MoMI
On Friday evening, May 31, Science on Screen presents a rare showcase of films connected to the origins of the popular laser light show that began at the Griffith Observatory in 1973. Spanning 1921 to 2015, this program presents visuals made with paint, kinetic sculpture, animation, and lasers. Featured is the work of pioneers such as Thomas Wilfred, Jordan Belson, and sWalter Ruttmann. The film screening will be followed by a conversation between physicist and co-founder of Laser Images Inc. Elsa Garmire, founder of the Joshua Light Show Joshua White, and Lumia collector AJ Epstein. It will include live demonstrations of laser and liquid light techniques.

HIGH LIFE
French director Claire Denis's (BEAU TRAVAIL) English-language debut HIGH LIFE stars Robert Pattinson as a convicted felon manning a government space mission to investigate the energy of black holes. As research for the film, Denis went together with members of the cast and crew to the European Space Agency's Astronaut Centre; we interviewed the spaceflight expert who worked with the film team. HIGH LIFE is now in theaters. 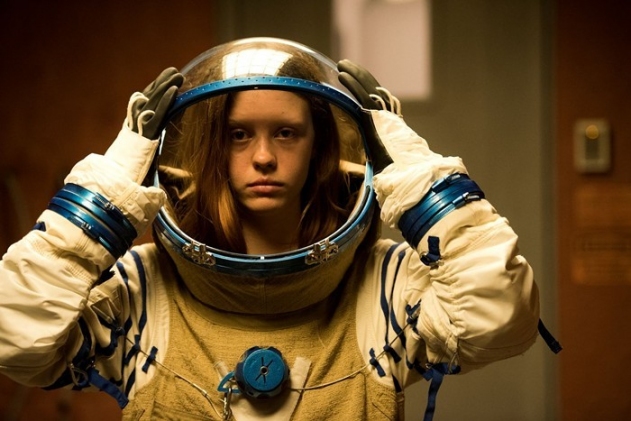 NON-FICTION
Directed by Olivier Assayas (PERSONAL SHOPPER), NON-FICTION is a comedy set in the contemporary publishing world in Paris. Juliette Binoche, Guillaume Canet, Nora Hamzawi, and Vincent Macaigne star. The film premiered at the 2018 Venice Film Festival and will be released into theaters on May 3. Stay tuned to Science & Film for a “Peer Review” article by Rick Prelinger.

ANIARA
The new Swedish science-fiction film ANIARA is an epic story of life after Earth’s destruction, adapted from Nobel Laureate Harry Martinson’s 1956 poem of the same name. The film premiered at the 2018 Toronto International Film Festival and will be released by Magnolia on May 17.

ONE MAN DIES A MILLION TIMES
Set in the future, Jessica Oreck’s (BEETLE QUEEN CONQUERS TOKYO) narrative directorial debut ONE MAN DIES A MILLION TIMES centers on two geneticists working at a seed bank in Russia as their city is besieged. It is based on the true story of what happened at the Vavilov Seed Bank during the Siege of Leningrad. The film was supported by the Tribeca Film Institute-Sloan Filmmaker Fund. It made its world premiere at SXSW and is continuing to play at festivals, next at the Montclair Film Festival on May 4. 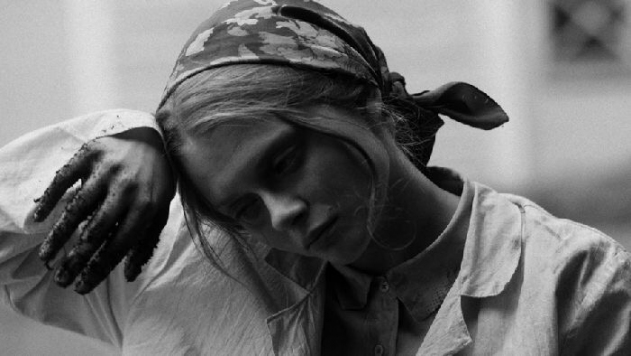 TO DUST
The dark comedy TO DUST, starring Matthew Broderick and Géza Röhrig follows Shmuel, a Hasidic cantor distraught by his late wife's death who finds himself obsessing over the state of her body six feet underground. (Judaism teaches that the soul cannot rest until the body turns to dust.) Seeking answers, he develops a clandestine partnership with Albert, a community college biology professor. The two embark on an increasingly literal undertaking. The film was supported by the Alfred P. Sloan Foundation through its partnership with NYU, the Tribeca Film Institute, and Film Independent. Our Science on Screen presentation of the film, with a conversation between the director, star, and a microbiologist is available to watch. TO DUST will be released on VOD platforms on May 3.

CHERNOBYL on HBO
The new HBO miniseries CHERNOBYL dramatizes the catastrophic nuclear accident at the Chernobyl nuclear plant in the USSR in 1986. The series stars Jared Harris, Stellan Skarsgård, and Emily Watson. It is five parts, the first of which premieres on May 6.

THE HOT ZONE on NATIONAL GEOGRAPHIC
The new six-part National Geographic television series THE HOT ZONE is about the Ebola virus’ arrival in the United States in the late 1980s. It is based on the best-selling 1999 book of the same name, by Richard Preston, which was supported by the Alfred P. Sloan Foundation. The series stars Julianna Margulies and Liam Cunningham. It premieres on National Geographic on May 27. 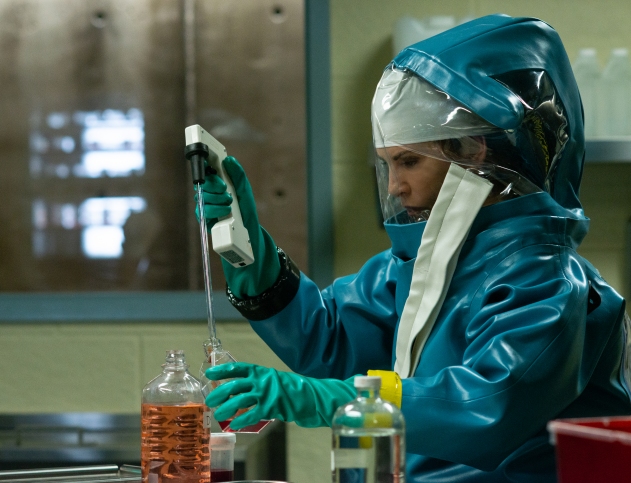 THE EXPANSE on AMAZON
THE EXPANSE is a science-fiction series, based on novels of the same name by James Corey, set in the future when parts of the solar system have been colonized by humans. The first three seasons were produced by Syfy, and season four, which will premiere this year, is produced by Amazon Prime. Theoretical astrophysicist Dr. Katie Mack wrote about THE EXPANSE for Sloan Science & Film, calling it "one of the best science fiction offerings on television.”

PANORAMA EUROPE at MOMI
The 11thannual Panorama Europe festival, presented by Museum of the Moving Image and members of the European Union National Institutes for Culture, begins on May 3 with Austrian director Barbara Albert’s feature MADEMOISELLE PARADIS. The film is based on the true story of 18thcentury pianist Maria Theresia von Paradis who was born blind but is reported to have regained her sight at the age of 18 under the treatment of Dr. Franz Anton Mesmer. We interviewed the film’s director, Barbara Albert. On May 4, Mindaugas Survila’s THE ANCIENT WOODS will screen with the director in person. The documentary is set in forests around the Baltic region, edited to look as though it is one continuous piece of land. We interviewed the filmmaker last year at CPH: DOX.

TRIBECA FILM FESTIVAL
The 18th Tribeca Film Festival will run April 24 through May 5 at various locations in Manhattan. This year’s festival features a number of science-related films, including the documentary I AM HUMAN, and the TV series CHERNOBYL and THE HOT ZONE. We will be covering the Festival.

CHIMPANZEE at HERE
The one-puppet play CHIMPANZEE, created by Nick Lehane, stars a nameless chimpanzee in solitary confinement, who is remembering her childhood growing up in a human home. We interviewed the playwright Nick Lehane. CHIMPANZEE runs through May 5.

LINK LINK CIRCUS at HUNTER COLLEGE
Isabella Rossellini’s “theatrical conference” LINK LINK CIRCUS, which she performs with her dog Pan, asks the question: can animals think and feel? Effectively her master’s thesis for the Animal Behavior and Conservation program she is completing at Hunter. The performance is on view through May 3.