[Editor’s Note: This article is part of “Peer Review,” an ongoing series in which we commission research scientists write about topics in current film or television. Dr. Katie Mack is a theoretical astrophysicist, Assistant Professor of Physics at North Carolina State University, and a writer. THE EXPANSE is a series adapted by Mark Fergus and Hawk Ostby from novels of the same name by James S. A. Corey. THE EXPANSE had three seasons on Syfy and its fourth season will premiere on Amazon Prime this year.]

Some scientists take great offense at any inaccuracies in fiction. I’m not one of them. Part of what makes science fiction so appealing to me is the imagining of alternative realities—the way a storyteller can, through some small tweak to our current understanding of the world, allow us to vicariously experience incredible adventures. Some of the most powerful science fiction creators use the framework of an imagined world to bring us new, and sometimes deeply confronting, perspectives on our own. Thrusting characters (with whom we can relate) into improbable or even impossible situations (to which we cannot) has a way of pushing the boundaries of the human experience in almost the same way that working at the extremes of our technology can illuminate the laws of physics that govern our Universe.

So I don’t begrudge an author a bit of poetic license when it comes to physical plausibility, if it helps the story flow. But I am nonetheless endlessly impressed when I encounter stories that not only work within known physical laws, but use real phenomena as essential elements to drive the plot.

Amazon’s series THE EXPANSE is just such a story. It is set in a future era in which humanity has extended its reach across the Solar System, fragmenting into three culturally distinct populations. Earth is a post-sea-level-rise world led by a unified global government that is struggling to support its population while maintaining control of the rich resources of the asteroid belt and outer planets. Mars, populated by domed cities and at the start of a long-term terraforming effort, has developed into an independent military power. And then there are the Belters: a working class of space laborers who live and work in the gravity-deprived environs of the asteroid belt and outer planets, doing the dirty work of mining ice and other precious materials for the wealthy corporations of the inner planets. 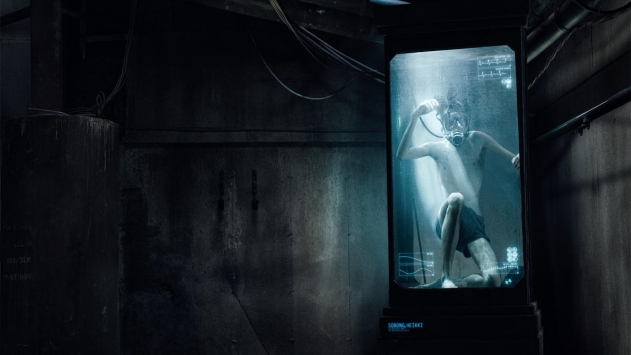 Gravity is, therefore, more than a silent backdrop. It is a resource, as precious as water or air, and one whose uneven distribution drives many of the conflicts between the three human cultures. A captured dissident from the asteroid belt can be tortured simply by being questioned under Earth gravity. Martian soldiers carry out training under conditions that simulate Earth gravity as preparation for what they consider to be the inevitable Mars-Earth war. The only gravity available to anyone off-planet must come from being constantly under accelerating thrust (so you lose it if your ship’s engines cut out) or must be simulated by spinning habitats. In the case of the asteroid/dwarf planet Ceres, the entire asteroid has been hollowed out and spun up so that its residents can have centrifugal gravity. But even that is stratified—the closer you live to the center of the asteroid, the weaker your gravity becomes.

Resisting the urge to take shortcuts with artificial gravity generators or faster-than-light travel allows the creators of THE EXPANSE to pose important questions about how well humans could actually cope with interplanetary living, and what it might do to our inherently factional society. While liberties are taken in other areas (largely to do with a mysterious alien threat that operates on an entirely different level), the show’s dedication to verisimilitude in basic physical laws gives us the gift of exploring all the fascinating or mundane realities that we might actually face out there: like the fact that when you are frequently transitioning from zero-g to high thrust, you need to tie down your tools, lest they become deadly projectiles, or the fact that a drink poured in a spinning habitat doesn’t flow exactly straight “down.” 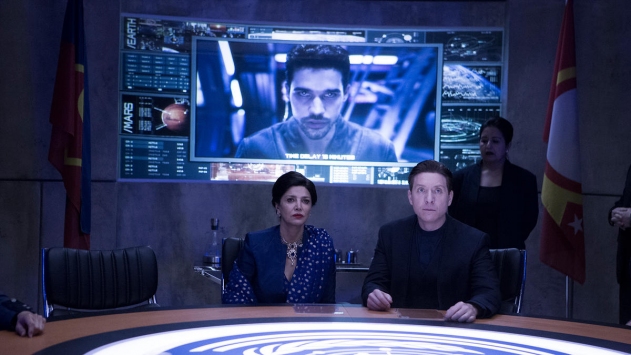 This deft use of physics, as support to the overall high quality of the writing, makes THE EXPANSE one of the best science fiction offerings on television. Great entertainment doesn’t have to get the science right any more than a poem has to stick to a prescribed rhyme or meter to be great poetry, but sometimes constraints themselves can enrich art in unexpected ways. And when that is done with good science, we get to explore realistic visions of our future, along with new perspectives on ourselves.