Biodiversity in The Ancient Woods of Lithuania By Sonia Shechet Epstein | April 10, 2018

Shot over eight years, with over 600 hours of footage, Lithuanian filmmaker Mindaugas Survila’s documentary feature THE ANCIENT WOODS creates a fairy tale landscape of croaking insects, thrumming birds, and snorting mammals inhabiting a forest. The forest that Survila’s film shows is not real; there is not a single forest in Lithuania that has the diversity of wildlife in the film. Rather, Survila filmed at a myriad of small forests around Lithuania and wove them together to create a seamless picture, a natural wonderland showcasing the Baltic region. THE ANCIENT WOODS played in the 2018 Science program of CPH: DOX in Copenhagen following its world premiere at IDFA. It is now in theaters in Lithuania. Science & Film spoke with Survila in person at CPH: DOX.

Science & Film: How is THE ANCIENT WOODS different than other nature documentaries?

Mindaugas Survila: In typical nature films, there is narration. For example, [the narrator] might say look at this bird and its strange legs, and then you look at the legs. In THE ANCIENT WOODS, there is no narration–people can have different experiences and see different things.

From fifth grade, my dream was to make a movie about nature. At the time, I had some secret places in the forest and it was very nice to be there. But one day when I went, all the forest had been cut down. I was angry and wanted to tell people about what was happening, but telling a few people was not enough. I thought maybe I could take photos to tell the story to more people. But then I realized that with film I could access the most people. First of all I got a master’s degree in biology, after that I started to learn how to make movies from professionals. 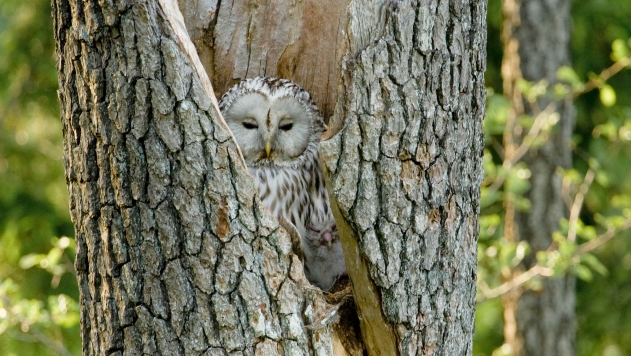 People protect what they love. My task is to share with people the wonderful nature, and then maybe some people will fall in love, maybe a very small percentage, but that is good. This film is like a fairy tale. It’s not a real forest that we show; we found many small spots and created one continuous forest.

S&F: So you didn’t shoot in just one place.

MS: No, no. It’s not true what I’m showing. I want to show people what we could have, and what we can still protect. Scientists know the problems of Lithuania, but my task is to reach people who don’t care about nature protection, in an artistic way.

S&F: I read that you worked with biologists on the film. How so?

MS: I show animals in the film such as some very, very rare owls–only 20 pairs exist in all Lithuanian territory–and to find these owls it is almost impossible. We had eight scientists with whom I was working and they would suggest where I could go to find these and other animals. 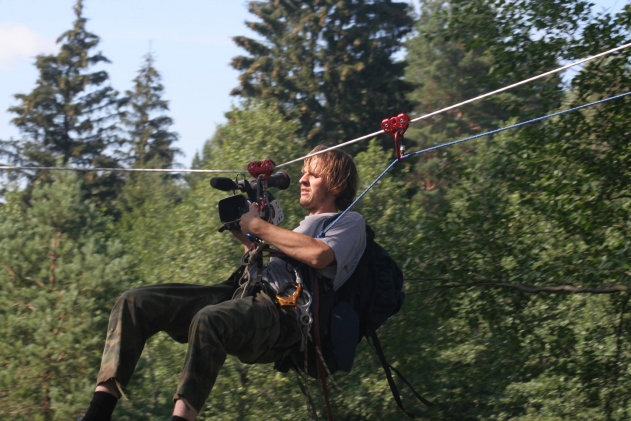 S&F: What was the most difficult animal to shoot?

MS: All of them. I prepared for this movie for eight years, and spent that time searching for where to find animals, and constructing all the equipment. We constructed a zip line to fly through the forest and film the trop of the trees. My brother programmed a special computer which could automatically trigger a camera.

This movie was almost impossible to make because all the different camera types were impossible to rent; I had about 600 days of shooting, so given the percentage you pay for renting equipment it was better to buy. It was very expensive. But now we can go on to other things. 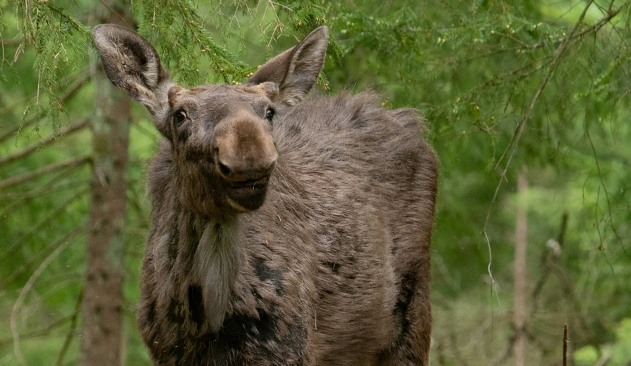 S&F: Did you think at any point about giving up?

MS: No. I’ve had this dream since I was in fifth grade.

S&F: How are you planning to distribute the film?

MS: In Lithuania we will show THE ANCIENT WOODS in most cinemas. At Kino Pavasaris, Lithuania’s biggest film festival, it will be the closing movie. I don’t know how many people will come but we’re trying to do our best. We’re self-distributing. The film will be shown at art house cinemas in Poland, in the Western Balkans, and we have invitations from France, Switzerland, and Belgium. So I’m very happy. It was quite tough to make this movie. But now people have the ability to see it and it brings attention to these problems. For me the most important thing is for people to get to know, maybe fall in love, and maybe protect the forest.

It is also important that the film is an educational movie. We wanted to have a practical component, so money from the film will go into a special account and then we will buy a forest to protect it. Maybe one day, if someone has a lot of money, they can buy a forest instead of a Ferrari to be cool.

MS: We gained a lot of experience preparing for this movie. We have scientific team and can get permission to go to protected areas. It’s very important to shoot nature not with security cameras but with very good cinema camera, to have nice images, to attract people who are interested in art. On the platform people can dive into lakes and the Baltic Sea. They can see the forest and hear different sounds. They can take photos to share with friends. We’ll create audio tracks for people with insomnia so they can listen all night to the forest. We’ll develop it over the next five years then hopefully go to a festival with it.

S&F: So this is what you’ll be working on for the next five years?

MS: Yes. It’s my dream. It’s difficult to finance the platform, for a movie it’s easier because there are a lot of funds. We’ll see what happens.

THE ANCIENT WOODS is directed, produced, and filmed by Mindaugas Survila. He did the sound along with Gintė Žulytė and Ainis Pivoras. Danielius Kokanauskis edited the film. As of March 30, the film is in theaters in Lithuania, with more countries to follow.