Set in the void of outer space on board a spacecraft, French director Claire Denis’ English-language debut HIGH LIFE stars Robert Pattinson as a convicted felon manning a government space mission. Their objective is to investigate the "Penrose Process"—a real physics theory whereby energy can be extracted from a region around a black hole. The crew is comprised of death row prisoners who chose the space mission as opposed to execution. “People are together, but forever. There is not even a hope to escape, which could happen if you are in jail,” Denis said at the U.S. premiere of HIGH LIFE at the New York Film Festival in October.

As research for the film, Claire Denis went together with members of the cast and crew to the European Space Agency’s (ESA) Astronaut Centre in Cologne. At the ESA, Denis said that she saw the “Soyuz, [a] Russian little capsule that is still used. You [might] say [it is] low-tech, and it is incredible; it’s like a camping tent, you know? […] I asked [why] and they said, till today there is no better way because this is heavy technology from the ’80s and it’s very solid. And I thought, wow this is great.” Together with the art director, Denis conceived of a sort of jail ship, rather than a spaceship for outer space conquest. Laura André-Boyet, the ESA’s Astronaut Instructor, worked with HIGH LIFE cast and crew. Laure Monrréal, the film’s first assistant director, was looking for a French human spaceflight expert and approached André-Boyet to help. We emailed with André-Boyet about her experience working with Claire Denis and the HIGH LIFE team.

Science & Film: What was Claire Denis curious to learn from you?

Laura André-Boyet: I had the feeling that Claire was interested in a lot of things, especially the “small” ones–the details. The representation most people have of Human Spaceflight Exploration is usually provided by movies or documentaries. Despite this fascination with Space activities, it remains a hard to access professional environment. Therefore, I think Claire was interested in what people don’t necessarily see or already know. She was very focused on humans, the crew, and how life really is on-board the International Space Station: what are the dynamics, the rhythm, how do astronauts train, how do they solve problems, what are the difficulties, what is hard… in other words, what is the hidden face of Human Spaceflight? One would have to be very optimistic to hope to bring all the answers to these questions! As invaluable support, Jean-François Clervoy, French Astronaut, offered time to recount some stories from his three space flights and gave advice to the HIGH LIFE team. I myself provided assistance whenever needed all along the project.

Not only did Claire come to the European Space Agency, but lots of her team members including the main actors did as well. They were taken on a tour starting with the History of Human Spaceflight, followed by some presentations on how humans travel nowadays from Earth to the International Space Station and back. The group was introduced to the several installations used for astronaut training: diving-pool, mockups, flight-like systems, and experiment payloads. They were also introduced with the basics of ground commanding as well as the tools used to schedule and follow crew activities. Finally, they were brought into a more immersive environment to perform some real crew on-board experiments. It was important for them to get familiar with the real procedures, protocols, and equipment, and to discover why we need to produce Space environment scientific data for the future of Human Spaceflight. 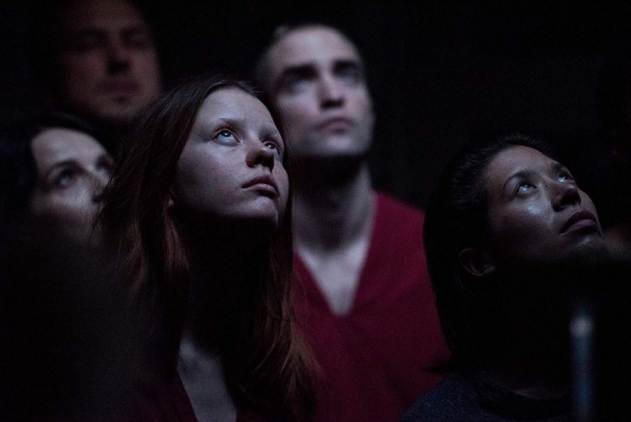 S&F: How did the kind of work you do as an Astronaut Instructor and Simulation Director compare with how you worked with the HIGH LIFE team?

L A-B: Surprisingly, both work experiences were quite similar in terms of availability and flexibility or reactivity. Working as an Astronaut Instructor taught me to be prepared and ready to adapt to any training situations. Astronauts, especially in their final mission training phases, can be extremely stressed, overloaded with many different kinds of tasks, and sometimes very tired. There is a high precision and time pressure during Astronaut training. I perceived a similar atmosphere on the project: actors, director, producers, scriptwriters, and assistants all under their own types of pressure, milestones, and fatigue. Providing support to them while discovering the tough environment in which they have to work was fascinating for me and, I must confess, quite comforting as well.

S&F: The film addresses basic human concerns of living in space such as sustainable nourishment, physical intimacy, radiation exposure, and communication lags between space and Earth. Do these resonate with the main concerns of astronauts going into space?

L A-B: Absolutely, yes. These echo the daily concerns we have for the current exploitation of the International Space Station and also for the future of Space Exploration.

Thanks to experimentation, significant improvements have been made regarding sustainable nourishment by efficient recycling of waste and food production on-board. Teams are also working hard to find solutions for spacecraft interior design to provide an optimal work and life environment including protecting intimacy. Technology progresses more and more to reduce the loss of signal timeframes and communication delays.

Other concerns, like very long-term radiation exposure, or the evolution of human psychology in a confined environment for a long timeframe remain very complex issues and still need a large investigation effort.

S&F: Have you seen the film, and what do you imagine its reception might be within the scientific community?

L A-B: I haven’t seen the film yet, so it is therefore hard to imagine its impact. Nonetheless, I believe HIGH LIFE is not necessarily about scientific exactitude. Claire probably used Space scientific expertise to extract what was inspiring for her and not necessarily to reproduce it with accuracy. I personally don’t expect a negative impact on the scientific community. Again, I imagine that the strengths of HIGH LIFE rely more on artistic, poetic, psychological, and philosophic dimensions. Does the future of Human Spaceflight take at least some of these aspects into account? Surely, yes. 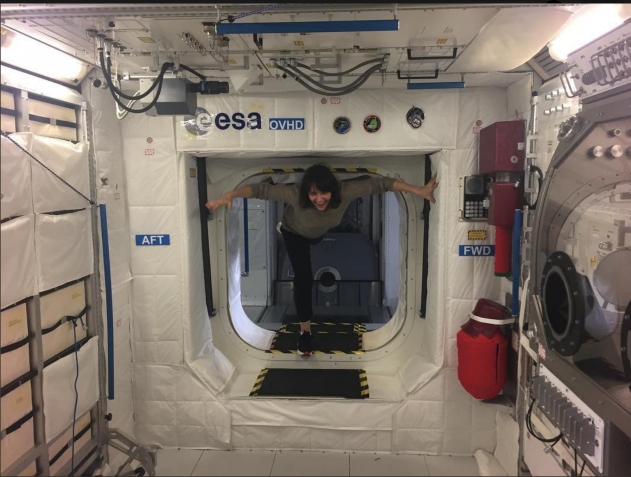 HIGH LIFE is written and directed by Claire Denis. In addition to Robert Pattinson, the film stars Juliette Binoche, André Benjamin, and Mia Goth. A24 will release the film into theaters in 2019.

Laura André-Boyet is an Astronaut Instructor at the European Astronaut Centre and coordinates the New Exploration Training project. She is also a Parabolic Flight Instructor for Novespace and Air ZeroG.