Story of the Radium Girls Comes to Theaters By Sonia Shechet Epstein | March 13, 2020

The "radium girls" were a group of women in the early 20th century working at the New Jersey-based U.S. Radium Factory painting glow-in-the-dark watch dials with radium-laced paint. A new feature film, RADIUM GIRLS, dramatizes their story–one of worker rights and medical misinformation and coverup. It was developed with support from the Alfred P. Sloan Foundation. Directed by Lydia Dean Pilcher (who has produced THE DARJEELING LIMITED, THE IMMORTAL LIFE OF HENRIETTA LACKS, and many more) and Ginny Mohler who co-wrote the script with Brittany Shaw, the feature made its world premiere at the Tribeca Film Festival in 2018, and will be released theatrically in the U.S. by Juno Films beginning April 3. RADIUM GIRLS stars Joey King (FARGO) and Abby Quinn (LITTLE WOMEN).

Below, we have republished our interview with Lydia Dean Pilcher from 2016 when she was in development with both RADIUM GIRLS and THE IMMORTAL LIFE OF HENRIETTA LACKS. You can also watch a panel discussion on our YouTube page about the medical issues presented in the film.

Science & Film: How did you become interested in the RADIUM GIRLS story?

Lydia Pilcher: RADIUM GIRLS is a story that Ginny Mohler discovered when she was working as an archival researcher. She became very taken by the story and collaborated with one of her colleagues Brittany Shaw to write the screenplay. I, personally, am very drawn to environmental stories and stories about climate change and science; a friend who had read Ginny’s script called me because she thought I might be interested in it and I immediately reached out. Ginny sent me the script and I just fell madly in love with it. I produce for a lot of women directors and a lot of the content I do is female-driven. I love the way that Ginny entered the story of RADIUM GIRLS from a young woman’s point of view—someone who was creatively minded, had a strong imagination, had aspirations in the world, but had a job working at the factory.

For me, the real arc of the story is the experience of the main character who changes from being someone who was excited and curious about the world, but somewhat naïve, through the time when she is exposed to other political ideas through a young man she falls in love with. He is involved with some of the communist protests and activities; her whole world opens up and she understands justice and the way the world works in a whole different way. The story doesn’t have a happy ending, because women are dying of radium poisoning. But, I think that the idea that we actually can impact our world, that we can stand up and express ourselves, and in fact have a moral obligation to stand up and express ourselves, is an important part of the story. 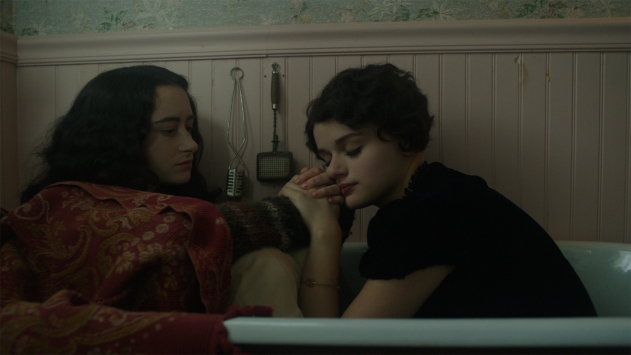 Ginny and I talk a lot about how we have so much fear in our lives about environmental dangers that are around us. I know a lawyer in Detroit who is handling class action lawsuits around cell phone exposure and what holding these objects to our brain as we talk on the phone is doing. He is filing class action lawsuits in the UK which we haven’t seen in the U.S. here but it seems like it’s out there in the world and it’s a concern. Our ability to question things is healthy and something we all should feel empowered to do.

S&F: Are you planning to shoot RADIUM GIRLS soon?

LP: Our plan right now is to begin shooting at the end of September. We have an amazing location near Lake George, New York. It is called Wiawaka; it is an old retreat with these Victorian buildings on it, which were given to the women factory workers as a holiday house by an heiress who was left a lot of money. It was so shocking to me when we came across it–there is this whole place that existed because of the women factory workers. We are going to be the very first movie to ever shoot there. We worked with a casting director Cindy Tolan who cast STRAIGHT OUTTA COMPTON. I worked with Cindy on THE NAMESAKE.

S&F: In the Henrietta Lacks story, are you focusing on the controversial fact that the scientists wouldn’t acknowledge the obligation they might have to tell the Lacks family about their use of Henrietta’s cells for research?

LP: The Henrietta Lacks story takes place during a time when there was not the same kind of regulation around scientific research that exists now. But, we know that there was quite a bit of human rights abuse around scientific experimentation in those times, which is part of the story. The bigger part of the story that it is a miracle that her cells are immortal and did not die, and the fact that this miracle has not happened since.

S&F: How do you see each of these films furthering the conversation around these scientific topics? Who do you see as the audience?

LP: I think we see both of these films as movies for a general audience. I think they are very different. One of the things about the environment and climate change, and the nature of cells and the genetic revolution, is that these are things that are not tangible; we can’t see them. I think what makes these movies similar is that they center around women’s lives, and they both hark from a time when there was a lot of cover-up about the information that was coming forward and then it was women who uncovered it. 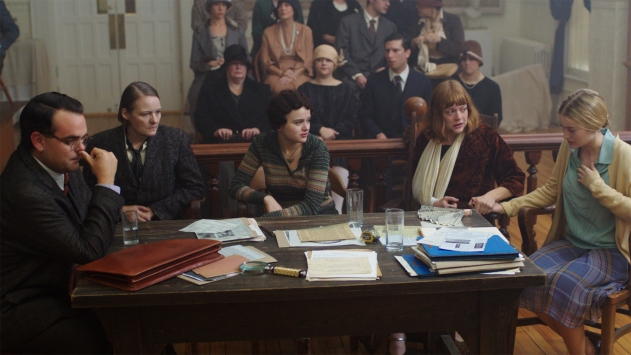 S&F: Given that, and given the state of women in film, are there any particular challenges you see in bringing these stories to screen?

LP: I have centered my career on producing female-driven content and I do think things are starting to change. They hadn’t for a long time, although I feel like I have personally been aware that there is a very strong female audience out there that has in some ways been underserved in terms of the stories that the system has green-lit. The power of women in the market has been changing as women are graduating from educational institutions at a higher rate. I think the family structure and the roles that men are playing in families are different; I think the millennial generation will really benefit from these changing structures. Women are in the workforce at an equal number now. This is a huge shift from the ’70s—we are in this fourth wave of feminism and men are playing an active part in it. The fact is that women do tell stories differently because we see the world differently, our experience is different, and we are interested in stories about women. I think there is an acknowledgment of this now in our industry and in our culture, but the next wave is to really get the system to green-light these stories.

I have another film that is coming out in September called QUEEN OF KATWE, which is about a young girl in Uganda who emerges from a very tough slum as a chess prodigy. Lupita Nyong’o plays her mother. It is a story of female empowerment. Disney is producing and distributing it, and Mira Nair is the director. It is a real signal that the world is ready for more female stories.

S&F: Would you say we are at an inflection point?

LP: Yes. I co-authored The MS. Factor: The Power of Female-Driven Content because sometimes when you are out there pitching, people are pitching information back to you that you kind of know we have moved beyond. I wanted to use data. The thing we have now that we have never had before is data, and we have so much of it. It is really only meaningful if you interpret it with a certain lens and give it a context for it to reside in. What we found was that female-driven content is profitable, that women go to the moves at a higher rate than men do, we use social media at a higher rate than men do, we are watching television more frequently than men, and often multitasking on more devices at once. Women are so engaged in entertainment that it’s profitable to pursue the direction of female-driven storytelling and diverse storytelling, which I don’t think is something that has been so clearly stated until the past couple of years. There is an argument to be made that you can do it because it’s the right thing to do, or the socially progressive thing to do, but it is kind of hard to ignore the fact that it is also the profitable thing to do. I do think it’s why we’re seeing much more female driven content. The things the industry used to say, that women can’t open movies, and women cannot finance in international markets, these things are no longer true.

What we have to do now is develop our female helming unit: about 25% of producers are women and we’re the largest of any unit working in the business; women writers are at 15-20%; women directors are 3-7% depending on what pool of movies you are looking at. The percentages are a little higher in television than movies, but we all have a responsibility to improve those numbers. That is why working with a first time director like Ginny Mohler is important to me. She wrote the script in her voice, and that shows her talent and her gift and I am excited about helping her develop her career.