A new television series about researchers in the 1960s, including Timothy Leary, who studied the effects of psychedelics has received a second Sloan grant. The series, called SEVEN ETERNITIES, was awarded an Episodic Grant by Film Independent that supports the writer–NYU MFA graduate Mirella Christou–to develop the screenplay in Film Independent's acclaimed Episodic Lab sponsored by Netflix. SEVEN ETERNITIES won its first Sloan award through the Foundation's partnership with NYU.

The story centers on the work that Timothy Leary and Richard Alpert conducted at Harvard University. The project is still in script stage. The company Scriptd presented a staged reading of the pilot on January 31, with performances by Ben Caplan (CALL THE MIDWIFE), Josh Breslow (NASHVILLE), and Antonia Cruz-Kent (CONDUCT OF LIFE). Science & Film spoke with Christou on the phone afterwards.

Science & Film: What is the main story that SEVEN ETERNITIES tells?

Mirella Christou: The story is about the early days of psychedelic research at Harvard University by Timothy Leary and his partner Richard Alpert, who later became Ram Dass. Today, we can look back on that period with new insights into what they were doing. They were trying to probe at how the brain functions. We’ve been to outer space and explored different planets, but haven’t fully probed our own minds. If there is a potential to do that through something like psychedelics, then what is holding back that type of research? 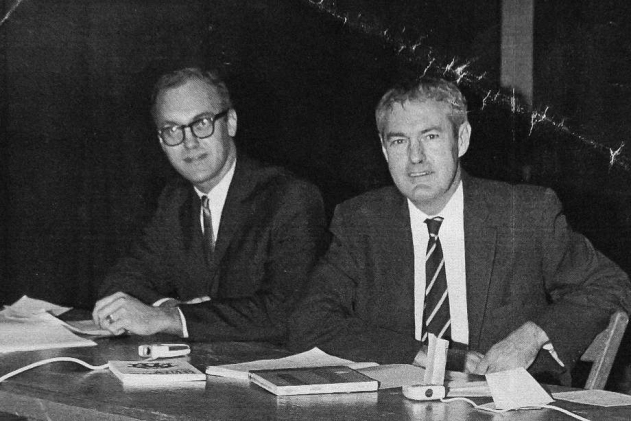 Another aspect [of the story] is my fascination with the countercultural movement and ideals of the 1960s. I’m really interested in seeing how the peace movement, women’s movement, and civil rights came to the fore in the mid-60s and petered out by the ’70s. I’m dying to answer the question of why and how psychedelics were involved in that whole movement. There’s a lot to take on and psychedelics is an interesting pathway into it. The series starts in 1960 but there are flashbacks to 1955 when Timothy Leary’s wife, Marianne, commits suicide. Present-day action is in 1960 when Leary and Alpert are trying psychedelics for the first time.

As a former journalist, I’ve always been interested in topics that pertained to censorship. Many scientists have made the case that in the mid-60s what occurred was essentially a censorship of psychedelic research.

MC: At the height of the counter-cultural movement, in 1966 and ’67, all psychedelics were put on Schedule I. Prior to that, in the 1950s, the government had MKUltra Project and had been dosing citizens with psychedelics. During that time anyone could have access, but when they became Schedule I it stopped the academics from continuing their studies. It became nearly impossible to procure them and very expensive and time consuming to get all the paperwork done to authorize the type of experiments they were doing. 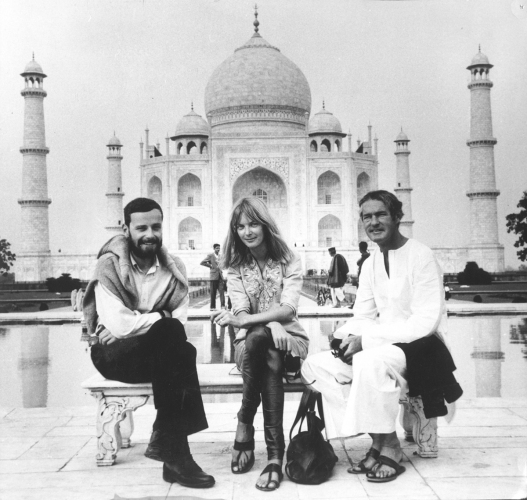 S&F: What science does the pilot episode focus on?

MC: The very first episode takes place in 1960, with flashbacks and flash-forwards, and features the Concord Prison Experiment. Timothy Leary aims to use psilocybin, the synthetic form of magic mushrooms, which he procured from Sandoz Laboratories in Switzerland which also synthesized LSD-25 [the laboratory name for LSD]. Leary was able to procure it to experiment with inmates to see if he could alter their perspective and create the change necessary to reduce recidivism rates–the rates that prisoners would keep going back to prison, the cycle of criminality.

S&F: Did you have a science advisor who you worked with?

MC: I worked with several advisors, some NYU scientists who are also working with psilocybin on terminal cancer patients. One of my first advisors was Anthony Bossis, and I am currently consulting with Dennis McKenna.

S&F: Do you include any of the current research in the series, or is it all historical? You mentioned that there are flashes forward.

MC: If the series is allowed to develop further, I would one hundred percent want to include all of this wonderful current-day research because it’s only been in the last couple of years that those involved in studies have undergone MRIs so we can actually see the effects of what happens to the human brain under psychedelics. People intuitively have felt this, and were able to record their experiences, but to have somebody go through an MRI machine opens up another level of scientific inquiry. There have been so many promising results from this research that it makes it even more relevant to see what people thought this drug did in the 1960s.

S&F: You just had a reading in LA, how did that go? Where does the project stand now?

MC: I was lucky enough to have Scriptd ask me to do a reading. It was a great opportunity to hear it with an audience and hear where it works, get the actors involved, and feel the characters come to life and see the potential. I think it’s also a way to gain interest from outside parties. It’s ready for further development if a producer wants to take it on. It’s still early days. I’m very happy to have gotten the support of Sloan and I feel like it makes a difference. People are more interested to back a project that has the Sloan stamp versus just another script. I’m very grateful for that.

S&F: Has Errol Morris’s WORMWOOD series, which also features with psychedelic research, become a reference point at all for this story?

MC: I haven’t seen all of it, but it is a different story from what I’ve tackled so there’s no worry about going over the same territory. There are many different stories that can be told about psychedelics and I think Errol Morris has a distinct approach and investigates what happened with Frank Olson.

There have been a lot of interesting documentaries and books. I’ve watched and read as many as I could, and I feel like through that process something new has come out in this pilot. There are many different interesting roles and hopefully actors will be quite interested because the lead character, Timothy Leary, was such a fascinating but polarizing figure, with so many different layers. 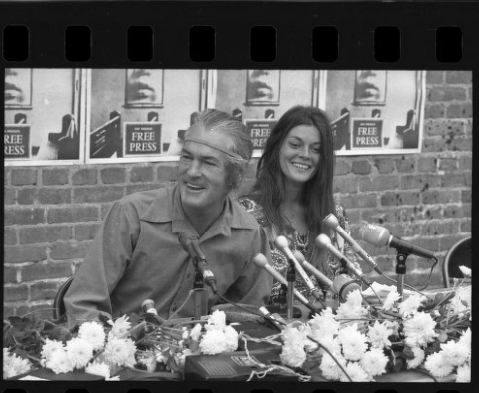 [update, July 2019] S&F: What can you tell me about receiving the development grant though Film Independent, the mentorship process, and where the project stands now?

MC: The Film Independent Episodic Lab Fellowship was a dream and essential preparation for a writer who could benefit from effectively pitching her story to Hollywood executives and showrunners. With the support of Netflix, the fellows were introduced to creators of series such as THE OA, I was invited to shadow on NARCOS: MEXICO, while we pitched our series every week to high-level executive producers. I was in awe of my industry mentors who had experience writing and creating the kind of content to which I aspire at HBO and Amazon, for example. The notes I received on my script were absolutely next-level. When you feel like your intent and your hard work in creating a script is truly seen, it’s easy to accept and implement notes that will enhance the script to the best version of itself.

This topic is certainly gaining momentum in the press, becoming more and more talked about. Psychedelics have recently been decriminalized in cities such as Oakland, California and Denver, Colorado. There is a higher-level debate about the use of these substances that is opening the topic up to a populace that is intensely curious about the historical context. I was invited to a conference in San Francisco that dealt with this issue, which was filled with clinicians who hoped to integrate psychedelics in their practice. It feels like the ideal time to launch a series that will answer the questions many people have. Hopefully, that’s what SEVEN ETERNITIES will one day achieve.

Mirella Christou has written, directed and produced films including the short LADY ELECTRIC, a character-driven drama that has screened internationally. She has several new projects in development. Stay tuned to Science & Film for more as her series SEVEN ETERNITIES develops.