Here is a selection of creative takes on the world of science and film for the month of August:

FIRST REFORMED
FIRST REFORMED stars Ethan Hawke as a parish pastor who undergoes an environmental awakening to the effects of human-caused climate change and our collective responsibility. Directed by Paul Schrader (TAXI DRIVER), the film is in theaters and will have a weeklong run at the Museum of the Moving Image beginning August 11. As part of our “Peer Review” commissioning series, NRDC Senior Scientist Kim Knowlton wrote about the film. 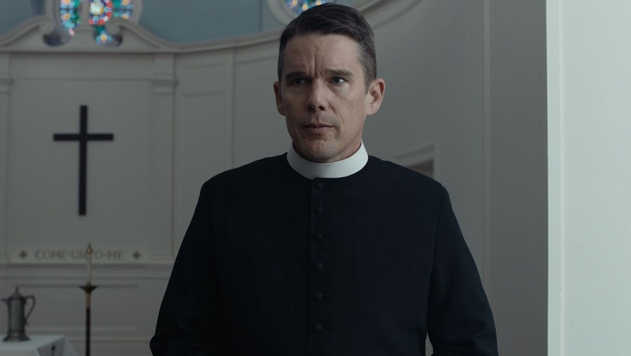 FAR FROM THE TREE
Andrew Solomon’s bestselling book Far From the Tree: Parents, Children, and the Search for Identity has been adapted into a documentary by award-winning director and producer Rachel Dretzin. The film, like the book, asks the question: what differences should we cure, and which should we celebrate? FAR FROM THE TREE is in theaters with IFC Films.

A.X.L.
A.X.L. is both the title of and protagonist in Oliver Daly’s debut feature. A.X.L. is a weaponized robot in the form of a dog, that is discovered by a teenager who then tries to prevent the military from re-appropriating it. The film stars Alex MacNicoll (TRANSPARENT) and musician Becky G. It will be released into theaters by Global Road Entertainment on August 24.

SEARCHING
Aneesh Chaganty’s suspense thriller SEARCHING will be released by Sony Pictures into theaters on August 31. When it made its world premiere at the 2018 Sundance Film Festival, SEARCHING won both the Sloan Feature Film Prize and the Audience Award in the NEXT section. The film stars John Cho as a father retroactively piecing together the life of his daughter via her online activity after she goes missing, looking for clues. The film takes place entirely on a computer screen. We spoke with writer and director Aneesh Chaganty and co-writer and producer Sev Ohanian.

THE ATOMIC CAFE
A 4K restoration of the 1982 documentary THE ATOMIC CAFE, directed by Kevin Rafferty, Jayne Loader, and Pierce Rafferty, is playing at the newly refurbished Film Forum beginning August 1. THE ATOMIC CAFE, composed in large part of government-produced films about nuclear warfare, reveals America’s post-war attitudes toward the atomic bomb.

THE PAIN OF OTHERS
Award-winning documentarian Penny Lane’s new film THE PAIN OF OTHERS is an expository narrative of the symptoms claimed by sufferers of Morgellons disease on YouTube. The film premiered at the Rotterdam International Film Festival, and is now available to stream on Fandor. It will be presented at the Museum of the Moving Image on August 18.

THE CATCHER WAS A SPY
The World War II thriller THE CATCHER WAS A SPY is based on the true story of Moe Berg, a Major League Baseball player who was also a CIA agent. Berg was tasked with finding out whether the Germans were building an atomic bomb. THE CATCHER WAS A SPY received support from the Tribeca Film Institute-Sloan Foundation program. Starring Paul Rudd, Mark Strong, Paul Giamatti, Sienna Miller, Jeff Daniels, and Guy Pearce, it is now on VOD platforms.

ZOE
ZOE stars Ewan McGregor as a robotic engineer at a company that is creating life-like, artificially intelligent robots for human companionship. Léa Seydoux co-stars. The film made its world premiere at the 2018 Tribeca Film Festival, and is available for streaming on Amazon Prime.

THE TERROR
The AMC series THE TERROR, which just wrapped its first season and has been renewed for a second, is based on the true story of a lost expedition by the Royal Navy to find the Northwest Passage. The expedition, which began in 1845, was led by Captain Sir John Franklin. The series is adapted from Dan Simmons’ bestselling novel of the same name. It stars Jared Harris (THE CROWN), Tobias Menzies (GAME OF THRONES), and Ciarán Hinds (HARRY POTTER AND THE DEATHLY HALLOWS: PART 2).

2001: A SPACE ODYSSEY AT MUSEUM OF THE MOVING IMAGE
Museum of the Moving Image will be presenting an exclusive New York engagement, from July 27 through August 5, of a new 70mm print struck off of the original camera negative of Stanley Kubrick’s 1968 epic 2001: A SPACE ODYSSEY. The creation of the new print was supervised by Christopher Nolan.

PROSPECT AT ROOFTOP FILMS
A number of films in the 2018 Rooftop Film Festival, taking places at outdoor locations around New York City, are science-themed including PROSPECT. Playing at Greenwood Cemetery on August 4, the film is about a girl and her father travelling ot a new moon with the aim of mining there. 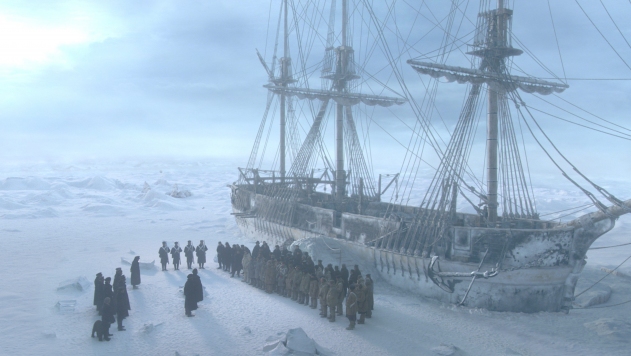 PIXELVISION AT FILM SOCIETY OF LINCOLN CENTER
The series “Flat is Beautiful: The Strange Case of Pixelvision,” is at the Film Society of Lincoln Center from August 10 through 16. It is centered on artists who used the Pixelvision videocamera, marketed by Fisher-Price to kids in 1987. The series, organized by Thomas Beard of Light Industry, surveys the work of filmmakers such as Michael Almereyda, Sadie Benning, Richard Linklater, and Ben Coonley.

NEW GENRES AT MOMI
An new exhibition—“New Genres”—curated by Jason Eppink at the Museum of the Moving Image spans the past two decades to look at internet videos and identify the forms that are the most “significant, influential, and representational.” The exhibition is on view through September 2.

KUBRICK’S 2001. 50 YEARS A SPACE ODYSSEY AT DEUTSCHES FILMMUSEUM
Marking the 50th anniversary of Stanley Kubrick’s 2001: A SPACE ODYSSEY, the Deutsche Filmmuseum in Frankfurt’s exhibition features original designs, costumes, models, and production materials from the making the film from Kubrick’s archive. The Museum is holding a number of accompanying public programs, most recently a symposium on July 21 and 22 that featured talks on the film’s impact on computer games. The exhibition is on view through September 23.

MR. AKELEY’S MOVIE CAMERA AT THE FIELD MUSEUM
The Field Museum in Chicago has a new exhibition, “Mr. Akeley’s Movie Camera,” featuring the “pancake” camera invented by Carl Akeley, the Field Museum’s first chief taxidermist. Museum of the Moving also has an Akeley camera on view because, in addition to being used to film wildlife, the portable and easy-to-use camera revolutionized documentary cinema. Perhaps most famously, it was used by Robert Flaherty to film NANOOK OF THE NORTH. “Mr. Akeley’s Movie Camera” is on view through March 2019.