Andrew Solomon’s revelatory tome Far From the Tree: Parents, Children, and the Search for Identity has been adapted into a documentary by award-winning director and producer Rachel Dretzin (FRONTLINE). Each chapter of the book focuses on families managing either deafness, autism, schizophrenia, sever disability, child prodigies, children conceived in rape, who have become criminals, or are transgender. By presenting stories, including Solomon’s own experience coming out to his parents, the film like the book asks the question, as Solomon says in the movie: what difference to cure and what difference to celebrate? The documentary FAR FROM THE TREE premiered in New York as part of DOC NYC, and will be released into theaters in the summer of 2018.

Solomon decided to work with Dretzin to turn the book into a film because he “felt that Rachel had the deepest and clearest understanding of what the book was really about,” he said at one of the premiere screenings, which Science & Film attended, on November 13. In the film, five families deal with either Down syndrome, dwarfism, or a child who is a convicted felon. “The central insight of the book,” Solomon said, “was the insight that all of these kinds of difference were related to one another, and there was a certain kind of unity to be found in having all of these forms of difference in play.”

The undercurrent of the film is that for some of these differences, particularly autism and dwarfism, medical interventions may be possible. Parents undergoing in vitro fertilization can choose to have doctors sequence the genome of an embryo to identify a genetic disorder–such as in the case of Down syndrome which is caused by an extra chromosome. Someone with achondroplasia, a kind of dwarfism, can have their stature altered by human growth hormone.

The autism rights community is an active participant in discussions of neurodiversity. Neurodiversity claims that brains exist on a spectrum and that neurodiversity benefits the gene pool. “Part of what I think the film does most successfully,” Andrew Solomon said, “is to make you question; gee, I would have thought it would be best to cure all those [differences], but maybe they’re really quite valuable. So without getting into the nitty-gritty of every medical debate that’s going on with every condition, I think the idea of actually valuing forms of difference that tend to be stigmatized is absolutely a part of the film.” 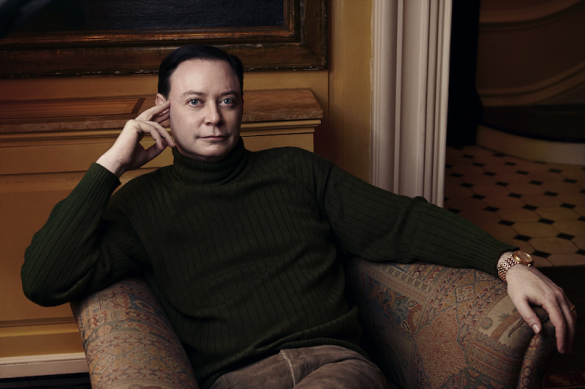 FAR FROM THE TREE made its world premiere as the centerpiece of DOC NYC. Rachel Dretzin directed and produced, along with Andrew Solomon and Jamila Ephron. Nico Muhly and Yo La Tengo composed original music. The film will be distributed by IFC Films/Sundance Selects in summer of 2018.