Interview with Director Ben Lewin on The Catcher Was A Spy By Sonia Shechet Epstein | January 18, 2018

Making its world premiere at the Sundance Film Festival on January 19, 2018, THE CATCHER WAS A SPY is a thriller based on the true story of Moe Berg, a Major League Baseball star who played catcher for the Dodgers, White Sox, and Red Sox. Berg was also a CIA agent. During World War II Moe Berg, a Jewish American, was tasked with finding out whether the Germans were building an atomic bomb. If he determined that they were, his mission was to assassinate the Nobel Prize-winning physicist Werner Heisenberg who was leading the German nuclear weapons research team.

When in script-stage, THE CATCHER WAS A SPY received development support from the Sloan Foundation and Tribeca Film Institute with producer Jim Young (THE MAN WHO KNEW INFINITY) attached. Science & Film spoke with Lewin by phone before the film’s Sundance premiere.

Science & Film: Why did you want to make a World War II film about somebody with a double life?

Ben Lewin: There is a grapevine. I think that an actor who I had worked with on a previous film was having a social get together with producers and sang me up a storm. The connection was made in that personal way. The first thing I saw was the script. I had no knowledge of this [story] before. This man who was a fish out of water wherever he was, who didn’t seem to belong, who totally invented his own identity–I was intrigued by that character.

S&F: Did you give the actors any specific direction as to how to play a scientist?

[As a director] you really need to be mindful of what is around the actor; not just the way the actor talks, moves, or behaves, but the context. For example, one of the major scenes is Heisenberg giving a lecture. There is a blackboard behind him covered with scientific equations, and I wanted to make sure that those were credible, that it wasn’t just graffiti. We had a professor of physics from the University of Prague design the blackboard for us so that it in fact related to what the character was saying during the lecture.

We made every effort to get the science right so that I hope no one who is educated in science will look at the movie and say, this is naïve or this is wrong. I think they will say this was well researched. If we had a scene where someone is giving someone else some heavy water [water that has a unique atomic structure that allows it to be used in nuclear reactors but also for nuclear weapons]–we made sure that it was in the correct kind of container and that it looked right. I think that if actors know that you’re going into that sort of detail, then they fit in.

Interestingly enough, Paul Giamatti took the character very seriously. He did a lot of research about Sam Goudsmit to find out who he was and how he spoke. He had an incredibly thick accent which Paul modified. There is no doubt that he played a kind of egghead very convincingly–without any kind of sense of caricature you really do believe him as a physics professor. Good actors just seem to do that sort of thing without being told. 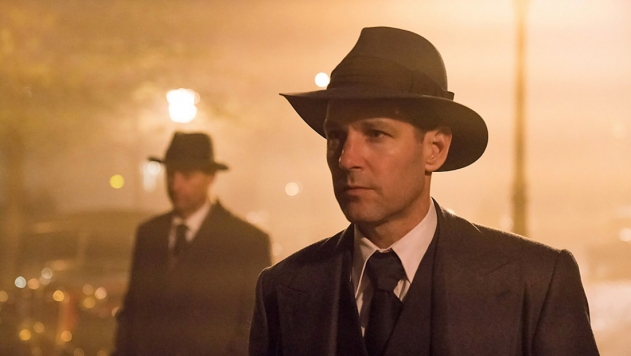 S&F: You mean that they research characters without being told?

BL: Yes. That’s what actors do. I don’t think that’s what directors do. I’ve never really wanted to tell an actor how to be a character. I think their job is to find a character whether it’s a doctor or a mild-mannered clerk or whatever it is. It’s an interesting question you asked, but when I think of the three scientist characters in the movie, they’re all totally convincing and it had nothing to do with me.

S&F: How was working with the consulting physicist?

BL: It was fascinating because he said to me at one point, is there anything else I can do to help you? I said yes, tell me the truth about Heisenberg [some historians think that Heisenberg deliberately waylaid the Germans’ development of the atomic bomb]. He shook his head philosophically and said, no one knows. That was the most interesting moment with him.

S&F: Was this a daunting subject to learn about?

BL: No, I am fascinated by this sort of subject matter. Many years ago I made another fairly substantial Second World War movie. I love the controversy surrounding some of the issues and the characters, and the fact that a lot about them is still unknown. In a way it’s not just a scientific story but a scientific mystery. In fact, I tend to get a bit lost in the reading. I think that I’m going to become a scholar in this area and I tend to become a bit swallowed up in the literature for a while. Then I say to myself, come back, you’re making a movie, you’re not becoming a professor. I tried not to use the movie as a vehicle for my opinions, but to just make the movie as coherent within its own logic as possible.

S&F: Can you say more about that?

BL: The whole question of whether Heisenberg was working for or against the Nazis during the war is a matter of debate. My impression, having become a kind of amateur scholar in this area, is that he was probably an opportunist who took advantage of circumstances and then reinvented himself after the war, as many people did, as an anti-Nazi. But I think during the war years he was probably very ambivalent. I don’t really buy into the conclusion that he was in fact a traitor during the war, but it’s something that is very heavily hinted at during THE CATCHER WAS A SPY. In that sense, the movie doesn’t reflect my opinion, it reflects the dramatic imperatives of the script.

If I was to make a documentary about Heisenberg, which has been done, then I would do so more journalistically. But this movie doesn’t purport to be journalism. It is a journey into an ironical corner of history. It begins with a statement of scientific facts: in 1938, the Germans split the atom and Werner Heisenberg, a Nobel Prize-winning physicist, was given the task of building an atom bomb for Germany and meanwhile the U.S. government sent a Jewish baseball player to assassinate him. As a filmmaker, I used the ironies of history to tell an interesting story rather than trying to come down with some moral or factual judgment.

The movie in many ways is about uncertainty. There is a scene in which Moe Berg reflects on who this Heisenberg character is who he might have to kill. Berg looks at the essence of the Uncertainty Principle [which Heisenberg put forth in 1927] and says whoa, okay, the truth is never knowable, a man after my own heart!

One of the interesting processes for me was trying to understand the Uncertainty Principal. In essence, the idea is that at the subatomic level you can’t determine at the same time where an object is and where it is going. That’s the best I could make of it. There is a sense in which the Uncertainty Principal becomes part of Moe Berg’s consciousness.

Honestly, the whole question of what the Germans were doing during the war and whether they were going in the right direction [developing an atomic bomb], and the role of heavy water, all that is kind of unresolved. Historians still argue about it. I was fascinated, but it’s only part of the movie. A large part of the movie is Moe Berg’s own journey from a guy who makes judgment calls about whether a runner is going to go for home base, to whether Heisenberg is actually going to blow up the world. He uses that same sense of instinct to make that determination. 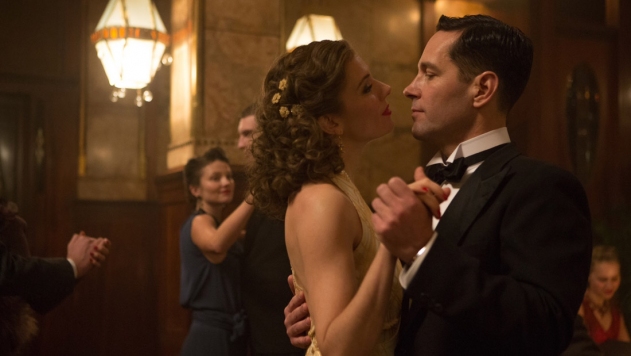 S&F: Who were the main people you worked with day to day on the film?

BL: There is have a core creative team which is the director of photography, the production designer, and the costume designer around the director. These are people who you’re close to throughout and need to work with on the way the whole film is going to look. I was very lucky–they were a wonderful team. Then there are those people in small roles with whom you form personal relationships. I got to know the stunt coordinators pretty well just because they were cool guys; I liked to hang out with them and watch them throw people around. If you have a relationship with these people, they like you, then you get more spectacular stunts at the end of the day. So, I do essentially relate to the other creative heads when I’m working but try to connect with pretty well everyone on the crew if possible. And of course the people who cook are especially important. We worked what is called French hours: we worked ten hours straight. The food was constant, you could eat yourself silly and we did.

S&F: What do you think about the way that scientists are portrayed as characters in film?

BL: You know in those procedural hospital shows how you always see people running? When you go to a real hospital, no one is running. If you ask one of those actors, how do you play a nurse? They’ll say, well you just run very fast. Haha. One close friend played a nurse on a hospital show for years, and people would expect her to have medical knowledge. They would ask her to take a look in real life at someone who’s hurt themselves.

S&F: I guess she was a good actress!

BL: I once met with Robert DeNiro and we were talking about the most stupid questions you get asked. He’s played a lot of gangsters and tough guys. Someone asked him whether he’d actually ever killed anybody.

BL: It’s amazing how the general public associates you with the character you play. You have to explain, it’s not real blood, it’s all ketchup. It’s funny–you take people across that kind of leap of faith quite easily. They make the jump.

When I see my actors again I must say, did you study how to be a scientist or not? They’ll probably laugh at me.

THE CATCHER WAS A SPY will make its world premiere on January 19 in the Premieres section of the 2018 Sundance Film Festival in Park City, Utah. The film is directed by Ben Lewin, written by Robert Rodat, with cinematography by Andrij Parekh, The team filmed for 30 days in Prague, and one day in Boston’s Fenway Park.