Los Angeles-based screenwriter Barnett Brettler’s film career began when his screenplay WAKING HOURS won two awards from the Alfred P. Sloan Foundation, through their programs with UCLA and the Tribeca Film Institute. Seven years later, Brettler is writing the film adaptation of Bird Box author Josh Malerman’s novel Black Mad Wheel. He is also adapted the graphic novel series THE MONOLITH for Lionsgate. We spoke with Brettler about WAKING HOURS, which is still in development, and his other projects.

Science & Film: What is the story of WAKING HOURS?

Barnett Brettler: WAKING HOURS is about a world in which people are losing the ability to sleep because of a transmissible spongiform encephalopathy, or a prion disease, known as Fatal Insomnia. The story follows a British border agent as he leaves the safety of England to search for his ex, who was studying this disease in the Middle East and who may or may not be in France in a refugee camp after being long thought dead. It is a love story where these two people are trying to find one another and reconnect as the world is quite literally falling apart around them. It was written with the Alfred P. Sloan Foundation and UCLA support back when I was a graduate student there in 2012 and 2013.

Through the Sloan Foundation, I met an amazing woman and microbiologist named Imke Schroeder who became my mentor during the writing of the project and long afterwards—I email her to this day about random science questions related to projects that I’m on [laughs]. She helped me understand the concept of prion diseases and how they work. She recommended books to me so that I could do my research. I was lucky enough that the script won the Sloan-UCLA award, and UCLA submitted it to the larger Sloan competition at Tribeca. I found out that I had won back in May of 2013 and that brought me over to the Tribeca Film Festival. It brought me into the industry over here in Los Angeles, so I will always be extremely thankful to Sloan. 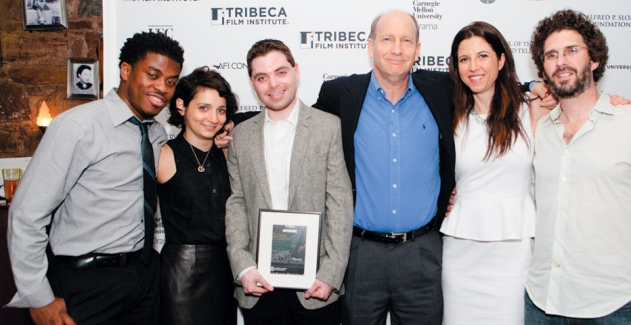 S&F: How did you hear about prion diseases to begin with?

BB: I read a lot of books. The first time I met Imke actually I didn’t even know that I was using this particular disease. I spent a few years in London when I was younger and was well educated in everything that was happening in Calais, France when the Jungle [refugee camp] was still a thing. I really wanted to write a story about the crisis over there, like a CHILDREN OF MEN-style story but I knew I wanted a sci-fi twist and a world built to help it resonate more for audiences who might not understand the location or the history as well as the average lay person in that country. When I met Imke the first time we sat down in her lab and she was telling me about all these different diseases and things that could kill me and what would happen in a location like that, how people were contracting a specific kind of illness. So right then and there after meeting her, and thanks to her, I knew I wanted to utilize a specific kind of contagion to tell the story. That got me reading books and I bought four or five on transmissible encephalopathy and prion diseases. Eventually that led me to Fatal Insomnia and that idea of inhibitions taken away. What would that look like? It allowed me to explore these characters better than if it had just been an average every-day 28 DAYS LATER-style virus.

S&F: Has the science of the story continued to resonate?

BB: Most definitely. I think that there is a certain horror in things that people don’t quite understand. One of the scariest things about protein diseases is that they just happen. There are two versions of Fatal Insomnia. There is the vertically transmissible version of it which is more well-known. There are also horizontally transmissible versions of it and that goes for Mad Cow Disease, which is a prion disease too, and also Kuru which is also the Cannibal’s Laughing Sickness in Papua New Guinea. People there were acquiring that disease by eating each other until a doctor named Daniel Gajdusek figured out what was happening, back in the 1950s. But back to Fatal Insomnia, there is also a sporadic version of it where people across the world suddenly contract this disease. It eats away at their brain, they loose the ability to sleep, and they die. So, I think that resonates a little because it’s scary.

I remember when I shared the script and was talking with people, and they would joke, it sounds like I have that disease. Everyone’s an insomniac in some form but we never really think too much about sleep, what it means for our bodies, and what would happen if we lost the ability to rest. It is definitely as scary today as it was when the script was first written. I think there is something interesting about what a lack of sleep does to a person, also. It takes away your inhibitions and brings out who you really are, so as a writer that was interesting to explore.

S&F: What is the status of WAKING HOURS now?

BB: That screenplay was noted by a lot of people and became my biggest sample. Without that script I probably wouldn’t be writing or producing right now. It got me my first couple of independent jobs and my first major job, called THE MONOLITH, which is a DC Comics adaptation for Lionsgate that I’m excited about. Dave Wilson is directing that one; he is a stellar human being. WAKING HOURS was a big sample even for my new Josh Malerman project which is called BLACK MAD WHEEL. It is Malerman’s second book after Bird Box and it’s being written under his manager Ryan Lewis—who is awesome—and my buddies over at Scott Free Productions, including Sam Roston. That film contains a little science too which we’re super excited about. It is about four soldiers who are tasked with finding a strange sound emitting from the middle of the Namibian desert. Nobody knows what it is or who is making it, but it has scientific ramifications—that’s all I’ll say. It is a little like ANNIHILATION in that way.

As far as WAKING HOURS, we’re still looking for the right people and there has been some renewed interest, though not for a good reason. Because of everything that is going on in our country and world people are finally turning their heads towards stories about the refugee crisis. Those themes are more prevalent now than they were in 2013 when the script was first written. So, suddenly it’s become a different type of script for producers and for executives. We’re talking to a couple of cool companies and hoping we can put it together. It’s like my PASSENGERS, in a way; it’s going to be a long-term project but I won’t rest until I see it get made.

Hollywood is always about heat, and you always have to have something new which is why every year I’m going out with a million projects. I sold the Malerman one, I may have sold another one last week but I can’t talk about it yet. The idea is to always be finding intellectual property, coming up with original ideas, always writing a new script to push out, and making sure all your eggs aren’t in a single basket but also not forgetting where your passion lies. So, it’s been an extremely fun experience over the last seven years. 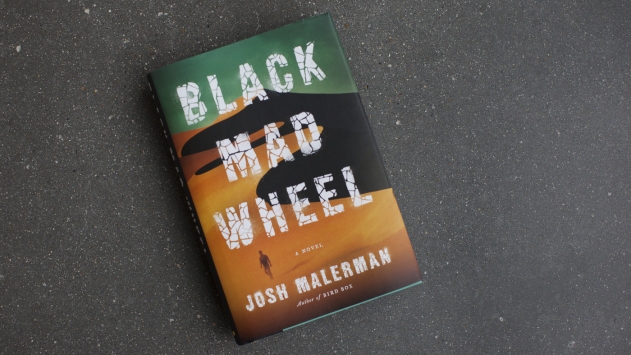 Stay tuned to Science & Film for more as WAKING HOURS and Barnett Brettler’s other projects develop.