What if you had to choose between your children and your husband? Your sister and your wife? Based on the true and still controversial story of Julius and Ethel Rosenberg, THE ROSENBERGS is a new feature film in development. Jews living in New York City during World War II, the Rosenbergs were accused of leaking highly classified information about the atomic bomb to the Soviets during the war. They were executed in the electric chair in 1953.

Sloan-supported writer and producer Anil Baral, who is co-writing and producing A NOBLE AFFAIR about Marie Curie, is also producing THE ROSENBERGS. Starring Elisabeth Moss (MAD MEN) as Ethel Rosenberg, the film is currently casting the co-leads. Science & Film spoke with Baral on the phone from his home in Los Angeles. 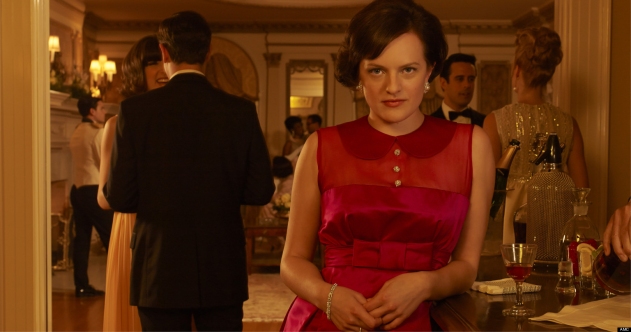 Science & Film: I was surprised to learn that there has never been a feature film made about the Rosenbergs, why do you think yours will succeed?

Anil Baral: I think that the writer [Yon Motskin] found a way into the story: he treats Ethel and Julius like real people who are in love with each other. You’re rooting for them, which is very powerful because, of course, they are killed at the end. Fundamentally, it is a family drama. It is about Ethel Rosenberg: this young, 1940s housewife, who looks up to her husband, Julius, who is a socialist. During World War II the Soviets were [U.S.] allies. Workers weren’t getting paid well, so [Julius] is fighting for worker’s rights the way a liberal might today. Ethel’s mother hates him because of that. He’s not good enough for her daughter. Ethel’s brother David [Greenglass] is the one who worked at Los Alamos, where they were working on the atom bomb. David came back after the War and he and Julius start an an engineering/machine products business together. Very quickly after that they were picked up for being spies. 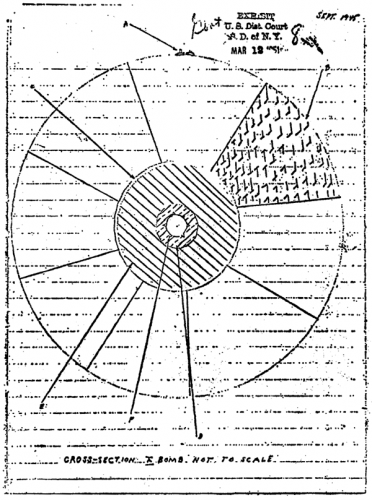 Everyone thinks they know the story and if [the Rosenbergs] are guilty or innocent. Our writer did a lot of research and he is pretty sure Ethel is innocent. It’s a bit more complicated with Julius. Evidence was possibly manufactured against them so it’s hard to know 50 years after the fact. If you look at it at face value, you see that Ethel’s brother, David, was the one at Los Alamos. He named a name and got a lighter sentence. But, he pointed at Julius, amongst other people. Julius, all he theoretically had to do was name another name and he could have saved himself or had a lighter sentence–lighter meaning five to ten years. He never wanted to do that; he did not name names. Because he wouldn’t crack, pretty much everyone says that Ethel was then accused. 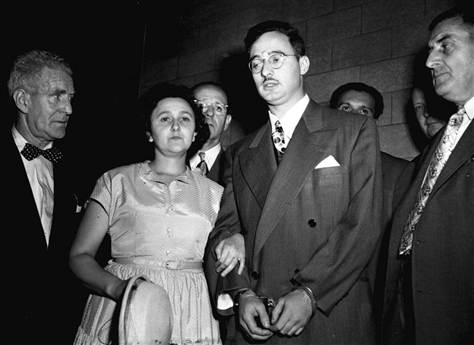 What is so interesting with the story is that it’s really focused on the family. As much as you have McCarthyism and the Red Scare (seen in movies like TRUMBO), this movie is about what causes a family to turn against one another and how it affects them. The mother and the brother are as much of an obstacle as McCarthyism. We all have dysfunctional families of some sort, but what if the stakes are very high all of a sudden? Lives are on the line, that’s what makes this story so dramatic.

David’s testimony has come out since he died a few years ago. There was a 60 MINUTES interview with him in 2001 and we bookend the story with that. In that interview, he says that he chose his wife over his sister. In the last year or so, his grand jury testimony was released and it backs up David’s admission, which is that he probably lied about Ethel to save himself and his wife Ruth. The thing is that David was a very low-level machine operator. He didn’t have the closest access to the bomb. Did he really give anything to the Soviets? There is a lot of ambiguity and a lot of questions which are unanswered. But, he did admit to it to passing information to Julius, who supposedly had Soviet handlers/contacts. For us, what’s interesting is that Ethel goes from this 1940s housewife to slowly learning her husband and her brother have been picked up for being spies. All of a sudden her mother is saying, side with your brother and turn your back on your husband. She’s put in this ultimate dilemma—what do I do, with whom do I side? My mother, my brother, the government, or my husband? And how do you live with this decision. And she had two kids to think about. She doesn’t testify against her brother and she won’t incriminate herself or her husband. Because of that people think she’s guilty. But with the release of David’s testimony, there has been a movement and her sons have asked the current administration to exonerate her. 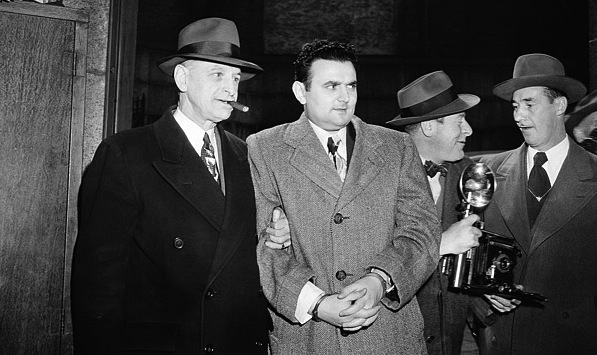 AB: Right now, we’re casting the co-leads. Elisabeth Moss is perfect for the role of Ethel. Various talent agencies have really responded to the script and Manny and Julius are the characters we are casting now. The script is focused on Ethel but it’s definitely an ensemble piece. Ethel, David, Julius, Tessie is the mother, and Manny [Bloch] is the attorney. No one will take Ethel as a client until she finally persuades this attorney to take her and Julius on, and he becomes a surrogate father figure to them. At one point in the script, the kids are with Ethel’s mother and she drops them off at a shelter, which says a lot about her attitude to her family. Then, the attorney has to help figure out where they are going to end up. The script ends with Manny taking them swimming in his home upstate. We’ve dramatized some of this this to give Manny’s character closure. In real life, Tessie never got custody, nor did Manny; every relative refused them. After the execution, the kids bounced around foster homes for a few years before the Meeropols adopted them.

S&F: How are you going about financing the film?

AB: Sophie Barthes is directing and this will be her third movie: she did COLD SOULS and MADAME BOVARY with Mia Wasikowska. Her partner Andrij Parekh is the Director of Photography. They are a great team. He recently shot THE ZOOKEEPER’S WIFE with Jessica Chastain in Prague. We have three or four financiers seriously interested in it and once we commit our co-leads, we will complete the financing. 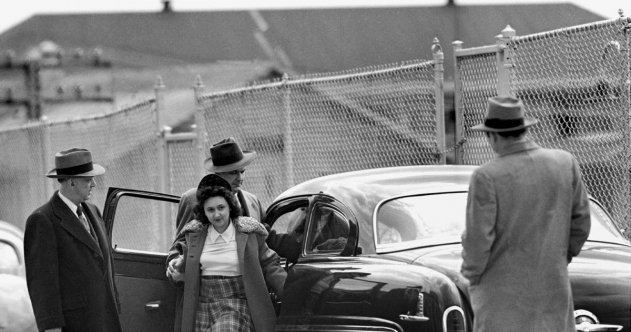 S&F: You mentioned that this film is not genre-related, can you say more?

AB: This story is a drama. It is not a sci-fi genre or a heist genre. There are a lot of true stories people are trying to make. The script has to really work and be very focused and hopefully touch a nerve. With this story, we’re exploring the complex situation where a woman is faced with fighting for her integrity at the cost of leaving her two kids behind. How does it feel when your brother is fundamentally the reason you’ve been accused of a crime that’s placed you on death row? Was David truly guilty or not and why was he pressured to accuse his own sister? That’s why the 60 MINUTES interview is so interesting. David just says, I sided with my wife. And what does justice mean, if you’ve done nothing wrong, but you’re accused of a crime in order to get your husband to crack.

S&F: In thinking about an audience for the film, are you trying to bring the science element into the story?

AB: In terms of the science, it’s tricky. It is such a character piece. Whereas the Marie Curie project [A NOBLE AFFAIR] has a lot of science because she has a strong goal to make Radium into a pure element. You cannot divorce the two. In this, the extent of the science is really about if David brought diagrams or information about the atomic bomb to the Soviets. Again, it’s very hard to know what really happened, but within the world of our movie the approach is that David was not the brightest person and he didn’t even have close access to anything. In the court scene in our script he draws a very simple diagram of what the bomb looks like and it’s almost like a joke. He says something like, the simplest things are the most clever. You can interpret that in many ways.

S&F: It was interesting to see, in the TV series MANHATTAN, all the different levels of security and classification systems at Los Alamos.

AB: Some of the spies in the Manhattan Project were very high level in America and in England. The irony is that some of the worst damage in America and England regarding spying was done by very high level people. That doesn’t justify if David or Julius or Ethel had done the crime, but I would say that it’s interesting who the government went after and who actually did the most damage.

THE ROSENBERGS was supported through the Tribeca All Access Program at the Tribeca Film Institute. For more, read Science & Film's interview with Kathryn Maughan, Anil Baral’s co-writer, about the Tribeca-Sloan supported film A NOBLE AFFAIR. Check back for more on both of these films as they develop.