IFC Midnight’s new film SETTLERS, opening in theaters and on demand on July 23, is set on the Martian frontier. A family (Jonny Lee Miller, Sofia Boutella, and Brooklynn Prince), living in a literal bubble of atmosphere, defends their homestead from intruders who also have claims to their home. SETTLERS made its world premiere at the 2021 Tribeca Film Festival. It is Wyatt Rockefeller’s directorial debut. We spoke with him from his home in London about the film’s themes and its production.

This interview has been edited and condensed for clarity.

Science & Film: How did you conceive of the premise of SETTLERS?

Wyatt Rockefeller: It started from a feeling. I was in the woods with my dad, and it was snowing; when it snows, all the ambient sound is absorbed and there is something quite eerie about that quiet. I imagined being watched from the tree line. I looked \ ahead at my dad’s old coat and imagined a guy patrolling the outskirts, guarding from something, and wondered what that might be. By the time we got inside, I had the first half of the plot. That’s a good sign, when a story tells itself. It just hit me at this gut level—wow, that’s really dark.

When I decided to set it on Mars—as it may one day be when we’re in the process of making it habitable—then I thought it could be a feature because the setting gave it a thematic and visual richness. From there, what’s fun about world-building, especially in a place where everything that’s there had to be brought, is that everything needs a back story. It’s in the texture that it really becomes collaborative with the heads of departments: with the production designer, the producers who in our case were very much a part of the creative process, and the other departments as well. That’s also the best part of filmmaking, the collaboration.

The decision to set it on Mars wasn’t really based on any of the characters; I needed a place where they couldn’t leave, because that’s so integral to the plot. It forces them to reckon with how far they are willing to go to survive and protect their loved ones. That’s really what is at the heart of this movie. 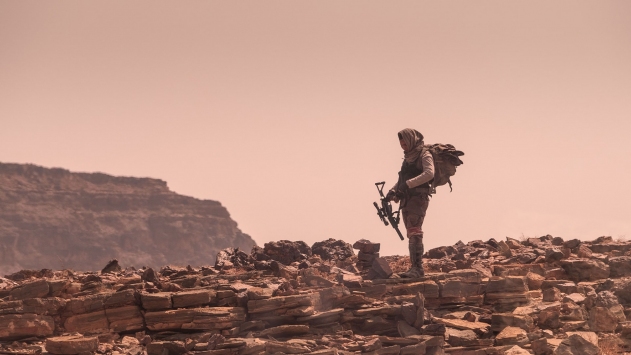 S&F: What you said about sound resonates, because that’s an element of space that’s very unique.

WR: We were taking it on faith throughout the edit that the world was going to show up at some point. When we added the color, which is especially crucial when you’re on another planet, the visual effects, and the sound. Until we had the soundscape there, the isolation wasn’t coming through. The moment we put it in it felt like you were really out there.

S&F: Can you tell me more about what you did with the sound to give it that quality?

WR: Little things: when we’re inside Remmy’s room and her dad is putting her to bed, there is a faint tapping of what sounds like a loose wire. That reverberation fills the space and gives you a sense that this place is not working great, but also that you hear these little noises along with the outside wind coming through the mountains. We put in a bit of arctic wind which has a very specific, very haunting, feel to make you feel like you’re in a place that’s inhospitable.

S&F: Did you work with any science consultants on the production?

WR: We didn’t have a formal science advisor. Very early on with Noam Piper, the production designer, we had a call with Andre Bormanis who is a well-known science advisor. It was just a phone call, but I ran through the assumptions I was making based on my own research to ask if they were plausible. I tried to adhere to what is at least plausible and enjoyed the research. There is a very active community of people speculating about how we would terraform and colonize Mars, down to the details like pig husbandry. That brought a lot of texture to the film—discovering that the sunsets on Mars are blue right now and working that in as something visual and a storytelling device as a suggestion of what’s going on beyond the farm, since we never really leave it.

There were certain things we did have to take liberties with. A very clear one is gravity. Mars is a third of the gravity on Earth, so movements would look different. But Ridley Scott’s THE MARTIAN ignored it, so we thought, if they can we can too.

S&F: Fictional Mars is now being passed on!

WR: You want to chart your own course in terms of design. I didn’t want the landscape to look just like Mars is now because it’s not as it is now. The atmosphere is thicker, they don’t have to wear space suits outside of their enclosure. Yet, there is only so much that you are able to get away with. We didn’t have the capacity to create gravity changes and still make our days, so we set it aside. 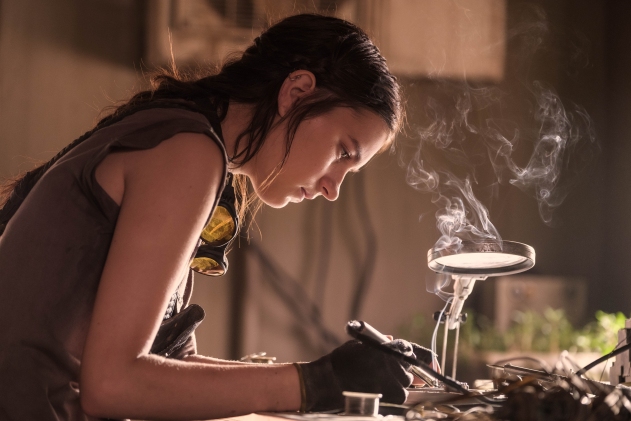 S&F: What was the funding process like for this film? It’s your first feature and having it set in space can take a lot of money.

WR: There were definitely moments while we were shooting where I was like, what was I thinking, setting my first feature on Mars? [laughs] The bar is so high. For people to even get the story they have to buy the world. Fortunately, shooting in South Africa we found an amazing location and with such a talented crew base and the financial incentives that exist there, we were able to build on a scale much larger than we would have probably anywhere else.

We spent a lot of time trying to make this look like an expensive movie. We had to make changes to the script in pre-production based on the reality of what we could get in a very rural location, on a budget, that then caused problems we had to address in the edit. I think we were able to fix everything, and the film is better as a result. But the whole filmmaking process is a compromise, and you just hope you can navigate that so you don’t lose the spark—what’s at the heart of the film.

SETTLERS is written and directed by Wyatt Rockefeller. It is produced by Joshua Horsfield, Johan Kruger, and Julie Fabrizio. It stars Jonny Lee Miller, Sofia Boutella, Brooklynn Prince, Ismael Cruz Cordova, and Nell Tiger Free. SETTLERS will be released by IFC Midnight in theaters and on demand on Friday, July 23.