How to be an Astronaut:
Dr. Mae Jemison on Mars By Sonia Shechet Epstein | December 6, 2016

Dr. Mae Jemison was the first African-American woman in outer space. She has a background in chemical engineering and holds a medical degree. She is also a dancer. Science & Film spoke with her at the premiere of the National Geographic Channel’s new six-part series MARS, produced by Academy Award-winning duo Ron Howard and Brian Grazer. Dr. Jemison worked on the series as a script consultant and with the cast, which includes Ben Cotton (The Killing), JiHAE, Sammi Rotibi (Batman vs Superman), and Alberto Ammann (Narcos). MARS was shot in Morocco during 125-degree heat, JiHAE told Science & Film at the premiere, and also in Budapest.

MARS pioneers a new genre of television which blends science fiction and fact. It tells the story of fictional heroes, the astronauts who take the first steps (for all of humanity) onto the Red Planet; it could be called a legend. Director Everardo Gout and producers Justin Wilkes, Jon Kamen, and Dave O’Connor tell the legend of these six astronauts in two temporalities. MARS takes place in 2016 and 2033; it features the scientists and engineers who are working in the present on landing humans on Mars, as well as the fictional group of astronauts on the first colonizing trip. 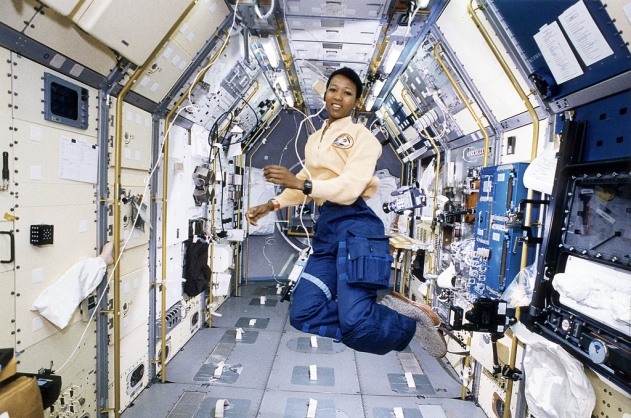 At the series premiere, Science & Film spoke with Dr. Mae Jemison about preparing the actors to act as astronauts, and her work reviewing the scripts for scientific accuracy. In the show, the computer onboard with the crew is actually named Mae.

Science & Film: How did you help integrate science into the dramatic part of the MARS series?

Mae Jemison: I consulted on the scripts so I spent a lot of time going through them and figuring out how to make these things happen and get the drama without the foolishness. I don’t want to spoil anything, but I remember pushing on the production when they had the doctor being timid and I said, no, the doctor is going to say, I don’t give a damn. It has to be played accurately. The doctor is going to examine [the astronaut] and go through all the tests. Operationally, it rings untrue if the doctor acts differently. Or, when there is an emergency, one thing is not going to fail, there is going to be triple redundancy on something as critical as an RCS burn [when the thrusters of a spacecraft malfunction]. You are going to have a series of failures. I actually re-read my notes to them on the RCS burn.

S&F: How did you work with the actors?

MJ: I worked together with the actors over three to four days. I defined certain terms. That was important for them, to be fluent with the language so they were not stuck worrying about how to pronounce a word or what it means. I thought I was just going to go there and shoot the breeze, but then the crew told me they had told the actors it was a space boot camp. 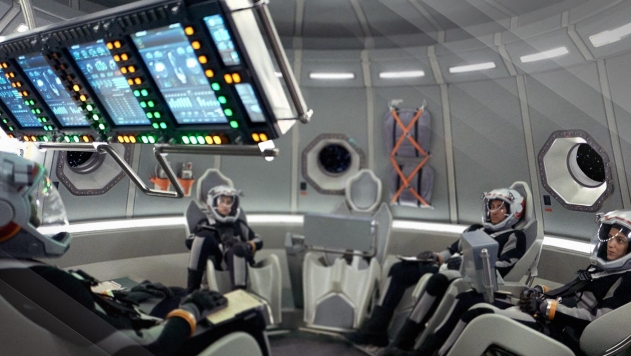 S&F: What tests did you give them?

MJ: I gave them exercises. We got them in a pool of water so they could feel the difference in terms of weight and gravity. I did role-plays with them–I gave them an emergency situation and they had to determine what was wrong in one minute and role-play the situation out. We did a number of things like that. I was an Environmental Studies professor at Dartmouth, so working with people is really fun for me. The big question was whether they would go along with it and they did. They had fun.

What I did with the cast to get them into the mindset of a crew was to share with them experience I had. I created a test for the actors and asked them questions, things like: how many planets are in our solar system? Name the planets in our solar system in order. What happens when you go into weightlessness, name three symptoms. What happens to the body when you re-enter gravity, name two symptoms. What is the difference between an asteroid and a planet? If everything is nominal should the crew be afraid, yes or no? Name three functions of the space suit. Does Mars or Earth have more nitrogen in its atmosphere? Why do you want to go to Mars (for extra credit)? They were interested in what their score was and who did better.

The work was to get each person in a rhythm to help him or her think through what was going on so they felt comfortable acting. My part was also in my cadence and rhythm and body language, to be able to give some of that so that they could see that astronauts are passionate but they’re not crazy. They’re imaginative but they’re practical. 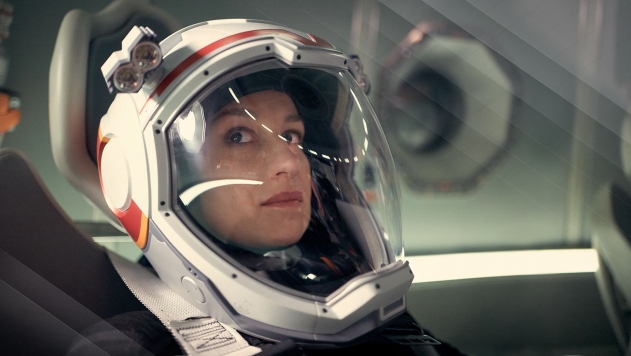 S&F: What is the astronaut’s relationship to technology? In so much of science fiction, artificial intelligence overtakes humankind.

MJ: Everardo, the director, he was the one who did the seamless blend of technology and drama, so that the technology was supporting the astronauts, versus 2001: A SPACE ODYSSEY where the technology was supreme and the people were incidental. The technologies are really important, but I think part of the reason why we have so much trouble with space and with science is we have so many people who “oo” and “aah” over the tech. Don’t get me wrong, I am one of those geeks–I’ll go in the chemistry lab in a heartbeat–but I also recognize that people move things forward. 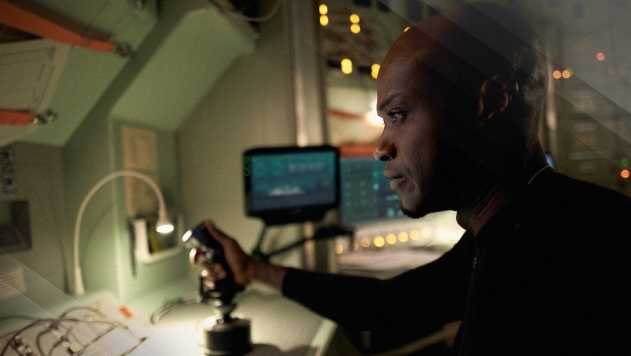 S&F: There is a moment in the first episode where a member of the ground crew whispers “eyes and ears,” as she watches her counterpoint in space trying to figure out what is going on in an emergency.

Dr. Mae Jemison is principle of 100 Year Starship, whose mission is to “make the capability of human travel beyond our solar system a reality within the next 100 years.” The organization conducts research, promotes education, and engages the public through an annual symposium.

MARS premiered on the National Geographic Channel on November 14 and the following five episodes are continuing to air weekly. There is an associated book, Mars: Our Future on the Red Planet, a kids book, Mars: The Red Planet, a virtual reality experience Make Mars Home), and Mars is the November cover of the November National Geographic print magazine. For more behind-the-scenes, read Science & Film’s interview with Executive Producer Justin Wilkes.