The Copenhagen International Documentary Film Festival (CPH:DOX), one of the biggest documentary film festivals in the world, will take place online from April 21 to May 5, featuring a number of science or technology-related films in its 180-film festival. The Festival has a dedicated science section, and we've also culled from the rest of the lineup to present a preview of the 27 feature-length docs that tackle science or technology themes. Descriptions below are quotes from CPH:DOX programmers.

Dox: Award
70/30, Phie Ambo, World Premiere
This year’s opening film portrays the biggest challenge of our times through the creation of the Danish climate law and the young activists’ fight for a greener future.

IN THE SAME BREATH, Nanfu Wang, International Premiere
Nanfu Wang’s clear-sighted and critical film about the Covid pandemic as a political tragedy on a global scale, but with the courage to see the future in the eyes. 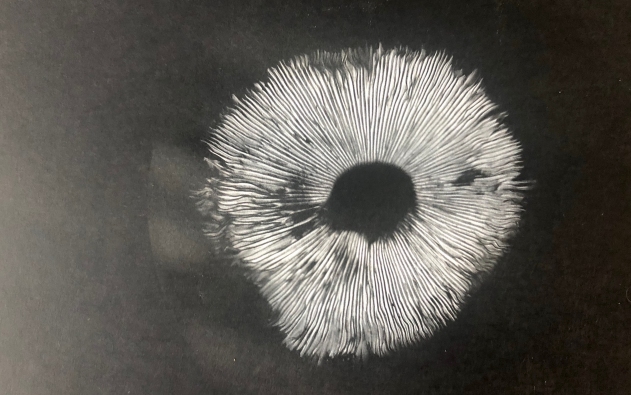 THE MUSHROOM SPEAKS, Marion Neumann, World Premiere
Ecological science fiction and natural philosophy in a beautiful and generous film about mushrooms – and about what we can learn if we listen to nature.

THE GIG IS UP, Shannon Walsh, World Premiere
Behind the global gig economy in a film where the new app proletariat of Uber chauffeurs and bike messengers stand up for their rights.

THE TIGER MAFIA, Karl Ammann, Laurin Merz, World Premiere
Undercover in the black market for endangered species. Nine years of shocking recordings with a hidden camera from a deadly underworld.

Next: Wave Award
HOLGUT, Liesbeth de Ceulaer, World Premiere
Mammoth tusks unite a long-gone past and an apocalyptic present far out in the Siberian tundra, where myths and eras melt together.

Politiken Danish:Dox Award
FROM THE WILD SEA, Robin Petré
The relationship between humans and animals seen from the animals’ perspective – in a film from the European coasts, where volunteers are fighting to save nature.

Special Premieres
I AM GEN Z, Liz Smith, World Premiere
Understand the digital revolution in this year’s big film about social media, big tech and what it all means for the generation that grew up in the midst of it.

I AM GEN Z

BIRDS OF AMERICA, Jacques Lœuille, World Premiere
Beautiful and atmospheric journey to the American South, following the route of a French ornithologist’s adventure in the 19th century.

Highlights
PLAYING WITH SHARKS, Sally Aitken
The beauty of the oceans and a lifelong passion for sharks are at the heart of the charismatic diver Valerie Taylor’s story, from ‘Jaws’ to eco-activism.

A GLITCH IN THE MATRIX, Rodney Ascher, Danish Premiere
The blue pill or the red pill? A (pop-)cultural examination of the philosophical paradox of reality as an illusion, from Plato to ‘The Matrix’.

Sound & Vision
SISTERS WITH TRANSISTORS, Lisa Rovner, Danish Premiere
The history of electronic music from the point of view of the overlooked female pioneers in a film with style and substance, told by Laurie Anderson.

Artists & Auteurs
GUNDA, Victor Kosakovskiy, Danish Premiere
Life among the animals we eat, as seen from the camera lens of the ‘Aquarela’ filmmaker Viktor Kossakovsky.

Science
SOLUTIONS, Pernille Rose Grønkjær, World Premiere
A group of the world’s leading scientists meet. Together, they want to start a movement with an ambitious goal: To secure the future of humanity through science by finding the path to a new paradigm.

THE HUNT FOR PLANET B, Nathaniel Kahn, International Premiere
The work of female NASA scientists on the Webb Telescope spacecraft allows us to see further into the unknown than ever before.

RED HEAVEN, Katherine Gorringe, Lauren DeFilippo, International Premiere
One year in a sealed space station in Hawaii, where six people take part in a social NASA experiment that simulates a mission on Mars

IN SILICO, Noah Hutton, International Premiere
Egos, ambitions and millions of dollars. A brilliant scientist launches a 10-year project that aims to create an artificial brain in a supercomputer.

WE ARE AS GODS, Jason Sussberg, International Premiere
From hippie and environmental activist to cyber pioneer. 81-year-old biologist Stewart Brand mirrors the controversial bioethical dilemma that the world is facing today.

THE SCENT OF FEAR, Mirjam von Arx, International Premiere
What are we so afraid of? There are many answers in a film which with fearless curiosity travels around the world to look fear in the eyes.

THE SCENT OF FEAR

WHO WE WERE, Marc Bauder, International Premiere
Is the human being merely a passing guest on Planet Earth? Six notable individuals look at today’s crises from their different professional perspectives.

LIVING WATER, Pavel Borecký
An anthropological field trip to Jordan’s deserts, where a trailer for the future conflicts about the planet’s scarce resources is taking place.

FIREBALL: VISITORS FROM DARKER WORLDS, Werner Herzog, Clive Oppenheimer
Werner Herzog is in true form in this captivating world tour in search of comets, narrated with a fabulous zeal by the singular genius himself.

THE BRAIN, Jean-Stéphane Bron, International Premiere
The mysteries of the brain are explored in a futuristic film about biological and artificial intelligence and the dilemmas of technology in the 21st century.

NUCLEAR FOREVER, Carsten Rau, International Premiere
Nuclear power – yes please? Even one’s most ardent opinions are challenged in a film, which with understated German humour takes a new look at an old dispute.

Change Makers
WALK THE TIDELINE, Anna Antsalo, International Premiere
Plastic waste from the sea shows us who we are, as volunteer beach cleaners sort their colourful findings in a warm film about a global crisis.