The new short film STELLA FOR STAR follows a bizarre moment in the life of Dr. Marcy Later (played by Emmy-nominated actress Robin Weingert, known for BIG LITTLE LIES and DEADWOOD), a scientist who has spent her life researching nuclear fusion technology. As a renewable energy source, nuclear fusion does not emit carbon dioxide or other greenhouse gasses, meaning it does not contribute to climate change to the same degree as fossil fuels and nonrenewable resources. In the film, this is the main reason Dr. Later and her colleagues are so dedicated to their work. Set at a hotel during a scientific conference, STELLA FOR STAR also introduces a group of furries, people who dress up in full-body animal costumes—they are convening at the hotel as well.

Written and directed by Nick Singer, STELLA FOR STAR is winner of the 2018 Hammer-to-Nail Short Film Contest. The film was also selected for IFFBoston, the New Orleans Film Festival, the St. Cloud Film Festival, and the Big Apple Film Festival. It made its online premiere on Film Shortage and is now available on Sloan Science & Film, where it will join the library of 60 other Sloan-supported short films available to stream for free. The site includes educational resources so that these films can be used in the classroom.

In the process of making STELLA FOR STAR, Nick Singer, then an MFA student at Columbia University’s Graduate Film program, consulted fusion scientists Dr. Francesco Volpe and Dr. Paul Hughes at Columbia University. Additionally, the team visited ITER (International Thermonuclear Experimental Reactor), the world’s largest fusion experiment. ITER is a global project to build a nuclear fusion reactor so powerful that it could provide energy to the entire globe (more information about the project can be found in our interview with ITER plasma physicist Mark Henderson here). As Singer explained to us, nuclear fusion:

“is a future technology that proposes to create an artificial star on earth, hold it in an invisible magnetic bottle, and then use it as a power source. If we could figure out how to make and trap this star, it would be the cleanest (no emissions), safest (no possibility of meltdowns), most abundant (runs on seawater) form of energy in the world. In the long term, it could likely solve climate change. It's hard to believe that it's a real thing, but it is. It's sublime, conjuring a star and saving the world. But the tricky part, of course, is that creating an artificial star happens to be unbelievably difficult even though, since the 1940s, scientists have been saying that fusion is right around the corner, we've never been able to get it done. […] That tension was appealing to me: the intensely hopeful promise of fusion—trying to do this incredible, cosmic thing, which would be of tremendous benefit to the planet and to civilization—and then the despondent reality of fusion, which we should have accomplished decades ago but between the scientific, political, and financial obstacles, as well as our general hubris about climate change, we can never seem to realize.” 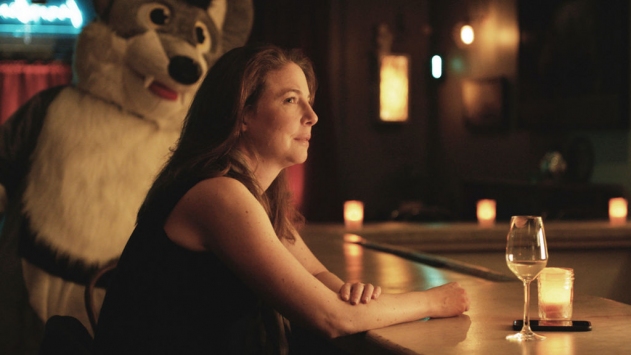 Singer’s consultations with scientists allowed for a more accurate portrayal of Dr. Later’s experiences in the film, and were made possible thanks to a generous grant from the Alfred P. Sloan Foundation, which also supported the film’s production.

STELLA FOR STAR is Nick Singer's fifth short film. His 2014 film OTHER MONTHS played at festivals including SXSW and BAMcinemaFest. STELLA FOR STAR was co-written by Singer and Ben Gottlieb. It was supported by a production grant from the Alfred P. Sloan Foundation.