ITER: Interview with Let There Be Light Filmmakers By Sonia Shechet Epstein | April 7, 2017

A sun is being built in the South of France. When complete, it could generate enough energy to power the world. Called ITER (International Thermonuclear Experimental Reactor) or “The Way”, this sun is a fusion reactor built with support from 37 countries. The new documentary LET THERE BE LIGHT, which made its European premiere on March 20 at CPH: DOX, goes inside the structure. Science & Film spoke in person with writer and director Mila Aung-Thwin, co-director Van Royko, producer Bob Moore, and a chief experimental plasma physicist from ITER Mark Henderson, at the Kunsthal Charlottenborg before the film’s premiere.

Science & Film: Mila, how did you find your way to ITER? 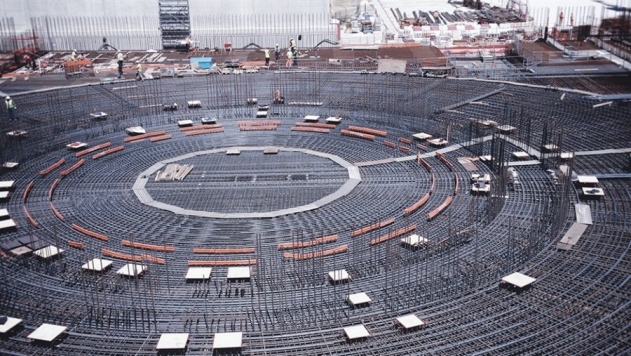 S&F: Has the current political climate changed your vision for the film?

MAT: For the release of the film there is a rallying behind science. People are galvanizing around the subject and before they weren’t. It is an anti-science time, and this is the most long-term benefit science you can imagine.

Mark Henderson: Normally a politician is reelected in two, four, five years, and this project is literally going to take a generation. It is very hard for a politician when you have problems with your economy to say, I’m going to devote so much of my funds to something that is going to benefit not me, not my voters, not their children.

MAT: To me these scientists are the heroes, because very few people think that long term.

Bob Moore: Angela Merkel actually speaks directly to this in the film; she defends basic research. She is a physicist and a politician who has lived through coalition governments. And she basically says, we’re not necessarily trying to make power with this machine we are just trying to figure out how this thing works and we need to go through that process. If we had Angela Merkels all over the world it would be a different world.

S&F: How many physicists are working on ITER?

S&F: Mark, how much do you interact with the rest of the ITER team?

MH: The system I work on requires a lot of cooling water: it requires building, electricity, and vacuum systems. It requires everything, so I interact with a large majority of the staff.

BM: His system is the one that heats up plasma to ten times hotter than the sun. He calls it the heating system. It is 150 million degrees.

MH: There are three heating systems on ITER and I use microwaves to heat the plasma. If you heat it hotter than the sun, how do you hold it in place? It’s easy to explain, but you have to have a lot of patience. 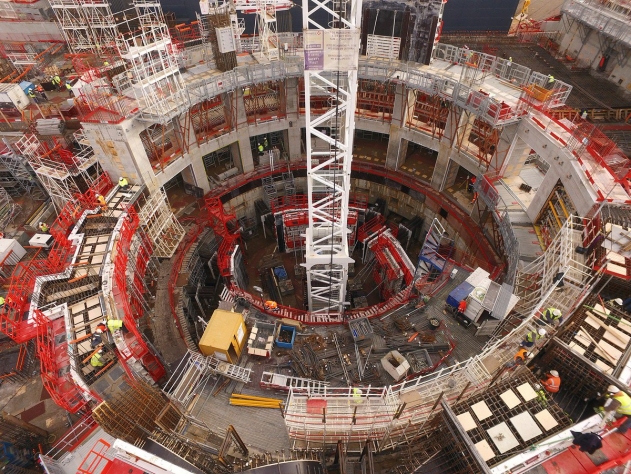 S&F: How do you see your film fitting into the CPH: SCIENCE program?

MAT: The range and difficulty level of the films here is amazing. I like that they are not simple films. They’re the kind of films I would like to make basically. So how does it fit in? It fits in perfectly.

Van Royko: We’re not seeing a lot of interesting comparable films in North America. When we were doing financing the only comparable people had was PARTICLE FEVER, and it’s as if that had been the first science film ever made. Part of it has to do with an avalanche of mediocre TV docs that were really pedantic.

MAT: Its own popularity killed it.

BM: Were there many character-based science docs before PARTICLE FEVER?

MAT: There is BRIEF HISTORY OF TIME which I think would be a touchstone for me.

S&F: Are there other documentarians you look to?

MAT: I definitely love Herzog. Me and Van both love Victor Kossakovsky. His visual style is really fun. But a lot of the films we looked at were science fiction. We looked at 2001: A SPACE ODYSSEY, SOLARIS, and DR. STRANGELOVE.

VR: Mila also made a good, character-driven documentary about the invention of the computer.

MH: These guys are pretty humble. That helps in bringing out the sincerity of the film.

VR: There’s no place for egos in documentary, that’s for sure.

S&F: What do you imagine the reception of LET THERE BE LIGHT will be in Europe as compared to its US reception?

MAT: We showed the film it to the US representative for ITER at South by Southwest. He said he almost cried. That was really nice because I had no idea what the response was going to be. He gave a really nice report to his bosses in US and Europe where he said, the film is brutally honest; you guys might not like it, but this is the kind of film that communications needs.

VR: The film is not just about ITER. It is an ode to science, intelligence, and the dream of fusion, and ITER is the main setting but it’s not the exclusive setting. 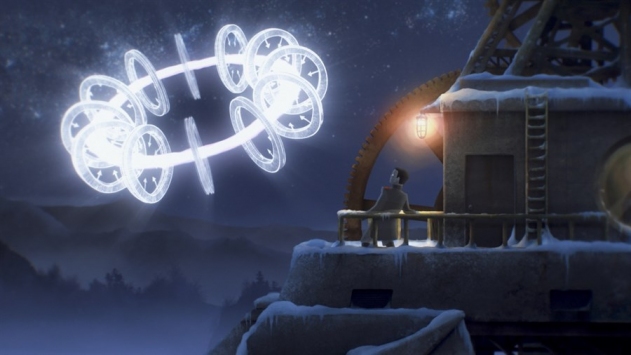 MH: I thought it was fun. For me, I learned a lot. It was my first opportunity to be around people who are making films. I went to Oak Ridge [National Laboratory] to give a talk and Mila [the director] came up and said, Mark, you’re giving a public talk, it’s not a scientific conference. It dawned on me that it is a completely different mechanism for communication. It was a different perspective on life and it helped a lot. Just being around these guys helped me to be a better communicator, which I think is important in science.

VR: Can I ask you Mark, is there a discussion in ITER around how to position it?

VR: That’s the problem! It’s not a political advantage.

MH: It is. When I talked to the State Department they said, we see this as reducing hostility, and making America more stable because you’re getting rid of geopolitical instability.

S&F: Do you view LET THERE BE LIGHT as educational?

MAT: I think it’s educational. The first version of the film was just following the scientists and their dreams. I didn’t explain any of the science, and everyone hated that version. So I re-cut the film so that the first ten minutes really explain what fusion is, and it’s a much better film. It has to be educational because otherwise it is not inspiring.

BM: It is soberly inspirational. That’s what I like about it. Mila shows you all of the obstacles. I like that because it preps people for the kind of minds they need in this day and age. The kind of technological challenges we have before us are the biggest payoffs ever, but they will take decades. If people can’t sit it out and participate with their tax funds, then nothing is going to happen and we’re all going to end up in Trump’s apocalypse.

MH: There is not one easy thing to build. Even the water-cooling system is going to be at 240 degrees Celsius and radioactive. Every part of ITER is a complex system.

MAT: And all built by people who don’t speak the same language all over the world.

LET THERE BE LIGHT is written and directed by Mila Aung-Thwin. It is co-directed by Van Royko. It is produced by Aung-Thwin and Bob Moore. The film will be playing at the Hot Docs Festival in Toronto on April 28, 29, and May 5.

The film made its European premiere at CPH: DOX as one of nine films in their new program called CPH: SCIENCE. For more, read Science & Film’s interview with the programmer Jeppe Carstensen.