Here is a selection of creative takes on the world of science and film for the month of July:

DIAMANTINO
DIAMANTINO, directed by Gabriel Abrantes and Daniel Schmidt, is a genre-bending satire centering on a Portuguese soccer star (played by Carloto Cotta). The film won the Grand Prize at Cannes Critics’ Week and is being released nationwide by Kino Lorber. For our “Peer Review” series, Dr. Heather Berlin writes about how the film portrays the soccer star’s “flow state,” and what happens in the brain during these moments. 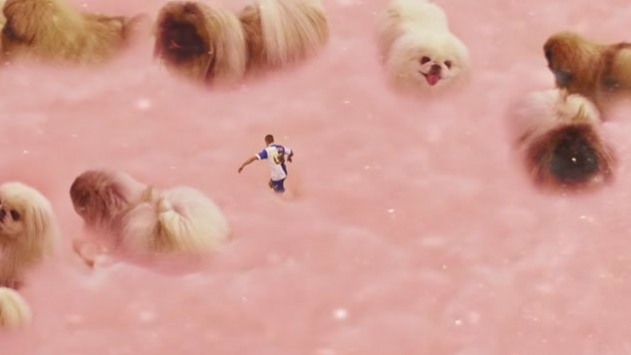 THE RAFT
Marcus Lindeen’s documentary THE RAFT resuscitates a 1973 social science experiment in which an anthropologist decided that the best way to study the roots of violence and sexual attraction was to gather a group of strangers and set sail on a raft for three months to observe their interactions. We interviewed Lindeen about the film and experiment. THE RAFT is being released by Metrograph Pictures.

CHASING THE MOON
A new six-hour documentary series about the space race called CHASING THE MOON will premiere on PBS at 9pm EST over three nights, beginning July 8. Directed by Robert Stone and produced by American Experience with support from the Alfred P. Sloan Foundation, the film features newly uncovered archival footage. The premiere coincides with the 50th anniversary of the Apollo 11 moon landing. 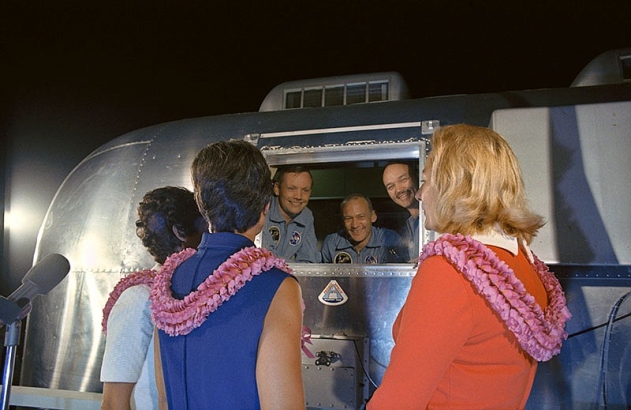 The Apollo 11 crewmen, still under a 21-day quarantine, are greeted by their wives. Courtesy of NASA.

APOLLO: MISSIONS TO THE MOON
National Geographic Documentary Films’ APOLLO: MISSIONS TO THE MOON is an hour-long special directed by Emmy Award-winning filmmaker Tom Jennings that uses archival footage to consider all of NASA’s Apollo missions. The film will premiere on National Geographic on Sunday, July 7 at 9pm. Stay tuned to Science & Film for an interview with the film’s director and with astronaut Mike Massimino.

APOLLO 11
APOLLO 11 by Todd Douglas Miller is an archival reconstruction Neil Armstrong and Buzz Aldrin’s landmark moon landing. The film premiered at Sundance and made its television premiere on CNN in June. It is now available for streaming on VOD platforms.

I AM MOTHER
Netflix’s science fiction thriller I AM MOTHER is set in a post-apocalyptic world where the future of the human race is dependent on a girl raised by a robot. Directed by Grant Sputore, the film made its world premiere at the 2019 Sundance Film Festival. It stars Hilary Swank, Clara Rugaard, and Luke Hawker, and Rose Byrne.

ANIARA
The new Swedish science-fiction film ANIARA is an epic story of life after Earth’s destruction, adapted from Nobel Laureate Harry Martinson’s 1956 poem of the same name. The film premiered at the 2018 Toronto International Film Festival and is now available on VOD.

HIGH LIFE
French director Claire Denis's (BEAU TRAVAIL) English-language debut HIGH LIFE stars Robert Pattinson as a convicted felon manning a government space mission to investigate the energy of black holes. As research for the film, Denis went together with members of the cast and crew to the European Space Agency's Astronaut Centre; we interviewed the spaceflight expert who worked with the film team. HIGH LIFE is available on VOD. 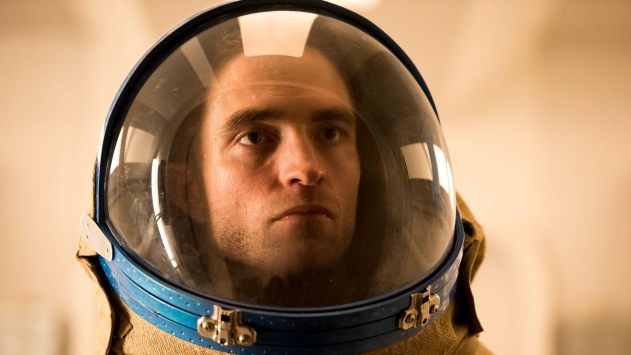 TO DUST
The dark comedy TO DUST stars Matthew Broderick and Géza Röhrig as an unlikely pair of opposites on an emotionally urgent quest to understand the biology of decomposition. Written and directed by Shawn Snyder, TO DUST was supported by the Alfred P. Sloan Foundation through its partnership with NYU, the Tribeca Film Institute, and Film Independent. Science on Screen at the Museum of the Moving Image presented a preview screening of the film earlier this year. TO DUST is on VOD platforms.

THE HOT ZONE on NATIONAL GEOGRAPHIC
National Geographic’s six-part scripted series THE HOT ZONE is about the first evidence of the Ebola virus in the United States in the late 1980s. It is based on the best-selling 1999 book of the same name, by Richard Preston, which was supported by the Alfred P. Sloan Foundation. The series stars Julianna Margulies, Noah Emmerich, Topher Grace, and Liam Cunningham. It is available to stream on National Geographic online. 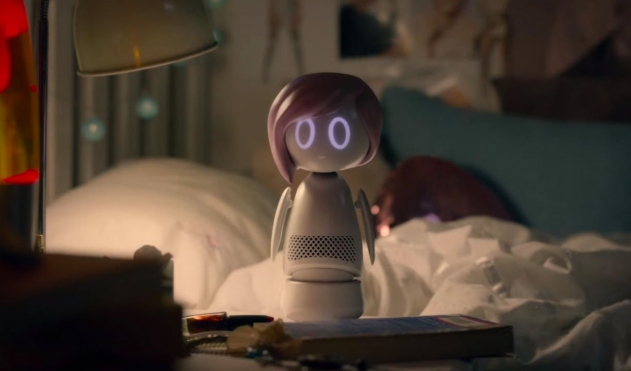 THE EXPANSE on AMAZON
The series THE EXPANSE, based on novels of the same name by James Corey, is set in the future when parts of the solar system have been colonized by humans. The first three seasons were produced by Syfy, and season four, which will premiere this year, is produced by Amazon Prime. Theoretical astrophysicist Dr. Katie Mack wrote about THE EXPANSE for Sloan Science & Film, calling it "one of the best science fiction offerings on television.”

ROOFTOP FILMS
The non-profit organization Rooftop Films showcases the work of emerging filmmakers at outdoor locations around New York City all summer. Science-related screenings coming up include an early screening of the Netflix documentary THE GREAT HACK on July 18.

Short Films on Sloan Science & Film
Sloan Science & Film hosts a streaming library of over 60 Sloan-supported short, narrative, science-based films available to watch for free anytime. Recent additions include Ursula Ellis’s CRICK IN THE HOLLER, based on the true story of a chemical spill in West Virginia's Elk River. To accompany 50 of these short films, we publish a Teacher’s Guide that includes discussion questions, links to vetted resources, and correlates with national science teaching standards. The guide is available to view online or download as a PDF.