Filmmaker Katy Scoggin is writing and directing her first feature film about the story of Noah’s Flood. Raised in an Evangelical household, Scoggin believed the Earth was 6,000 years old and the Flood was a historical event, until she went to college. For her master’s thesis in filmmaking at NYU, she turned the father-daughter conflict she grew up with into a fictional short. FLOOD was shot on 35mm with Scoggin’s family–minus the participation of her father–cast as extras. It premiered in 2013 with the support of a Sloan Production Grant. Now, Scoggin is in the midst of shooting it as a full-length documentary. Scoggin hopes to have FLOOD completed in 2018 in time for a 2019 premiere.

Science & Film spoke in person with Scoggin as she was completing work on Laura Poitras’s new film RISK, about WikiLeaks founder Julian Assange. Scoggin was cameraperson for RISK as well as for Poitras's film CITIZENFOUR. Scoggin was also a co-producer on both films.

Science & Film: Why did you decide to make FLOOD a documentary instead of turning the short film into a narrative feature?

Katy Scoggin: I met Karen Duffin who is a producer for This American Life. She is a co-producer on the movie. She started interviewing me, she gave me an audio recorder, and I was using Sloan funding to do research with paleontologists and creationsists for the fiction script. I was writing the main character as a radio journalist and I had no idea what I was doing. I had no idea how radio is made, or how fossils are found. I literally wrote in the early drafts that you would go out and dig a hole and hope that there would be a bone. This is absolutely wrong. Fossil hunting is a completely different thing.

I took the audio recorder and went on a research trip to learn how to fossil hunt from paleontologists, but I was also interviewing them on audio. It changed something in me. I started to ask them for advice saying, I am a non-believer and I don’t pray anymore but my father does–he is a creationist and believes the earth is 6,000 years old–I really deeply believe in evolution, how do we connect? These guys would drop all of the polarizing rhetoric about creationism and evolution, and they would just talk about me and my family. They would either ask me questions or tell me stories about estrangement within their own families. It made me realize that this is not just a problem that I deal with; this is an American story.

After that, I started calling my dad on the phone. I showed him the short film, and he actually loved it. He wasn’t offended because he saw that I wasn’t trying to poke fun. Our relationship started to change. We would bat this creationism, evolution question back and forth. What really lies under that is the central dramatic question of my movie, which is a woman asking her father, will you accept me for who I am today? In summer of 2016, I decided to just dive in. This is all the fault of Ira Sachs who is the director of LITTLE MEN.

S&F: How did you work with Ira?

KS: Anne Lai, who runs the Sloan Foundation program at Sundance, has been such an incredible mentor to me over the years. She has read every draft of the narrative feature script, and gave amazing notes. She offered to connect me with a writing mentor, and said, who do you want to work with? Ira Sachs was my top choice. He said yes, and read my script and watched my short. At that point, I had written a number of drafts of the feature. But what we started talking about was me as an artist. After working from 2009 until 2016 for Praxis Films, for Laura Poitras, I identify as a doc filmmaker, and specifically as a verité documentary filmmaker. As an artist, that is my medium and where I feel most at home and most free. It just emerged from talking with Ira that what I really wanted to be doing was making a story about my father. 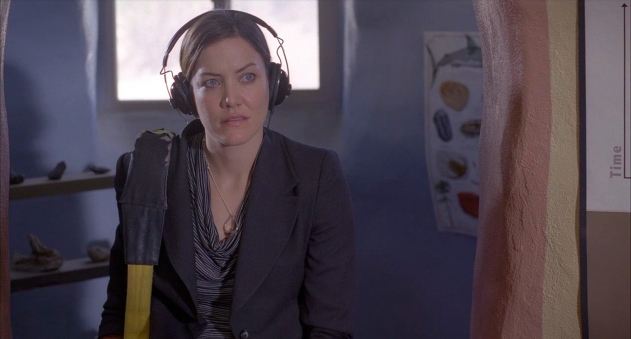 S&F: So, it sounds like initially your dad didn’t react well to the idea of your short film?

KS: I completely failed to capture either my father or myself in the script. It totally fucked up our relationship and we didn’t talk for three years until he saw the finished film. My father and I have butted heads for as long as I can remember. I discovered at some point in my 20s that we had both experienced this crazy turn when we were in college. He was a science-based thinker studying chemistry at UNC-Chapel Hill when Henry Morris gave a talk that turned everything on a dime for my father. He had this big epiphany during Morris’s talk: maybe, the story that was told in Genesis is real.

The same thing happened to me when I was in college in an equal and opposite direction. I had been raised as a creationist and my folks were domestic missionaries when I was a kid. I grew up in a bubble and had my mind blown in college. When I was finishing college, I took an intro to human evolution class and the professor gave one lecture about Noah’s Flood. Just hearing that talked about from a professor in a university made me realize, this can’t have happened. This is not real. It was kind of like dominoes falling. 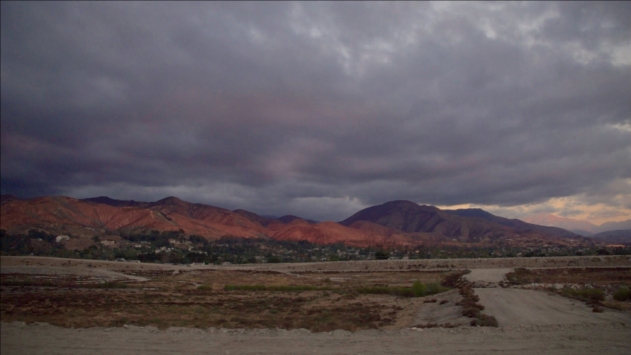 S&F: How did you and your dad start talking to each other again?

KS: In August, we went down to North Carolina which is where my dad is from. I told him I was going to film. I had to put a microphone on him. It was the most terrifying thing I’ve ever done; mic-ing someone is such an intimate process because you have to get close to their body, and actually put a wire under their shirt. It can be a major impasse for a lot of doc filmmakers. But, we just sort of eased into it while we were driving because I realized that when he is being listened to that he opens up.

S&F: Science and religion are very heated subjects right now. Are you tempted to make it a bigger story?

KS: Because the work I am doing is so personal, I have had to think more as a storyteller for this. Noah’s Flood was a Bible story I learned about the way some people learn that Christopher Columbus came to America and did great things; it was this childhood mythology that I took at face value. It lay dormant but once I stopped believing, there were a number of years of conflict.

S&F: What science will you bring into the film?

KS: Looking at the Flood story now, I am fascinated by it. So many cultures have flood myths. For the documentary, I want to go around the world and film whalebones. Marine fossils are found in the most unlikely places. Eighty million years ago there was more ocean on Earth than there is now. I am really fascinated by these conflicting mythologies: the scientific story, which is the one I think we have by far the most evidence for, and the one that leaves me awestruck, but there is also the really fascinating Flood story which is cinematic and beautiful. It is a myth but it’s a damn good story. So many scientists do have religious beliefs and it doesn’t get in the way of understanding evolution and how it works. My father and I still talk about this. For him, it all comes down to the question of, but what happens when you die? If you don’t have a paradise waiting for you, what was it all worth? The thing that I am trying to convince him of is that we do leave things behind. My dad is a phenomenal science teacher. He has been teaching for 25 years in California public schools. One of the points I want to make to him is, you have left something incredible behind. You have shaped children’s lives. His own belief that his life doesn’t matter is something I completely reject.

S&F: Do you have a timeline for the rest of the film?

KS: From May until mid-July I am going to be embedded with my family in San Bernardino, California. I am going to track my parents’ retirement. The whole family is going to make an exodus and move east to Virginia. It is a natural narrative arc for everyone, since they are going through their own excavations. They have been in the same house for decades. There is a metaphorical connection to the digging I have been doing with fossil hunters. Then, I want to start filming with scientists. I want to go to Africa. There are whalebones that have been discovered in the Sahara that are bleached and sitting out. There is a scientist I know at NYU who does research in Tanzania on human evolution so I am interested in going on an expedition. Nick Pyenson is a curator of the fossils of marine mammals at the Smithsonian and I would love to go with him on an expedition. I want to shoot through December or January and then be cutting the film in 2018. I want to have a cut of the film ready by 2018 so I can submit to festivals. 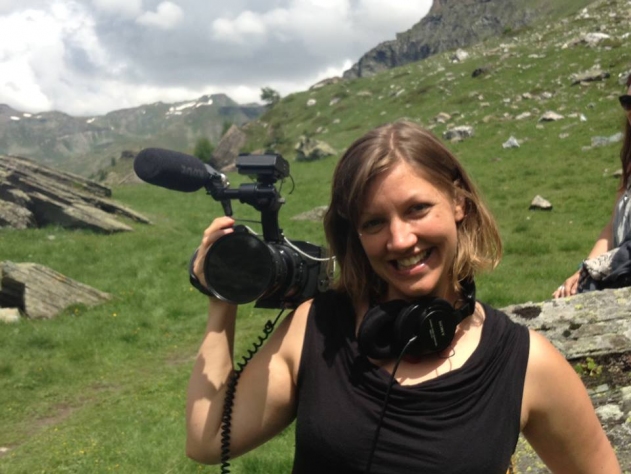 Katy Scoggin has worked with such award-winning documentary filmmakers as Laura Poitras and Kirsten Johnson. FLOOD, about Scoggin and her father, will be co-produced by Karen Duffin. For more, watch Katy Scoggin’s Sloan-Sundance supported short film CHUCK AND BARB GO HUNTING about a couple who hunts for fossils together in Kansas. Stay tuned to Science & Film for news about FLOOD.