The actress Ellen Burstyn became friends with Richard Buckminster “Bucky” Fuller in 1972. She will star in the new dramatic Sloan-supported film THE HOUSE OF TOMORROW, about a boy living in a dome designed by Fuller. Burstyn plays the boy’s grandmother who is a proponent of Fuller’s principles. She stars alongside Nick Offerman and Maude Apatow. Burstyn is also a producer of the film, along with Tarik Karam. The writer and director is Peter Livolsi.

Science & Film spoke on the phone with Ellen Burstyn about the film and her friendship with Bucky Fuller.

Science & Film: What was it like to shoot a film in a Buckminster Fuller dome?

Ellen Burstyn: Shooting in the dome was quite an experience. I had never been in a dome; I had only seen pictures of them. It provides such incredible light, background, and shapes that I am really excited about what it is going to look like. Dennis [Johnson] and his wife Tessa have three domes and they are dome builders. Their dome is really beautiful. It is in the woods. From inside you are always looking out—it is like living in nature. 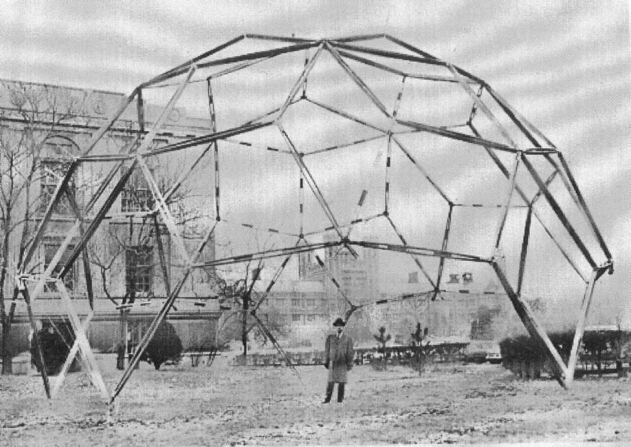 S&F: Could you imagine living in a dome?

EB: Oh I could, definitely. As a matter of fact, I asked to live in one while we were shooting and I stayed in one for one night, but then it turned out to not be practical because other people were using the facilities and there just wasn’t enough privacy, so I moved to a hotel. But, I really loved being in it.

S&F: How did your friendship with Buckminster Fuller begin?

EB: I first saw him in Carnegie Hall. I was shooting THE EXORCIST and I was reading about Margaret Fuller who was his great aunt, but I didn’t know that. I was also reading Bucky’s work. When I saw he was coming to Carnegie Hall I wanted to see him in person so I went. He talked about Boston and I thought, Margaret Fuller, Buckminster Fuller, they are both from Boston, I wonder if they are related? I went home where my bed was surrounded by books on Margaret Fuller and I was going through them, and then I saw the family tree. I saw that her mother or grandmother was named Anne Buckminster and I went, that’s it! They’re related. So, I got the phone number of [Fuller’s] office through some friends of mine at Princeton and I called and asked if I could meet him. I told him I was interested in his great aunt Margaret. His secretary called me back and she said, you can have two hours in the Boston airport next month, or you can have five hours in the Chicago airport the following month. I took the five hours in Chicago. In other words, he had layovers in those airports. So, I spent five hours with him in Chicago and I recorded everything he said. It was an incredible experience and we became friends; we spent time together whenever it was possible. 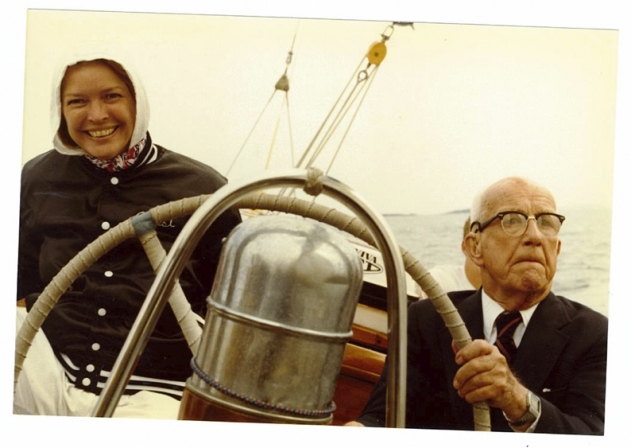 S&F: Can you remember some of the questions you first asked him?

EB: Being with Bucky was like receiving teaching at all times. I’ll give you an example. That first morning when we were in the Chicago coffee shop, we had breakfast, and then after breakfast I was still smoking then, I don’t anymore, and I said, do you mind if I smoke? He said, oh I don’t mind for me dear, I mind for you. And I said, oh you don’t smoke I guess, huh. And he said, no, I being the most sensitive receiving and sending mechanism ever created on planet earth don’t want to do anything to interfere with my receptivity. So, it was like that being with him. I one time asked him a question, and his answer was his definition of universe: a series of only partially overlapping simultaneous events. It just went on like that. Any time you were spending time with him, you were being educated because he just spoke at that level all the time. 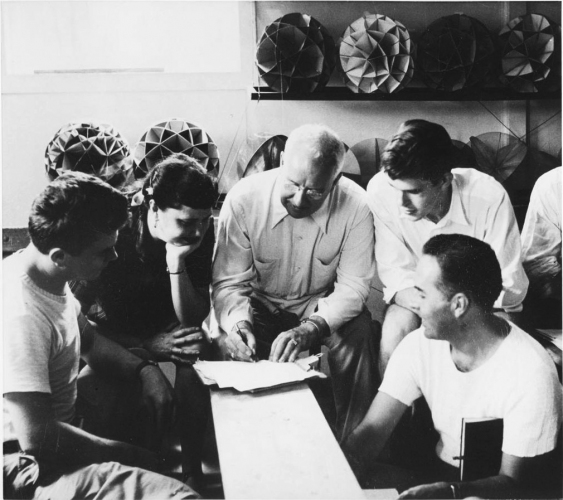 S&F: Do you see any challenge with having his ideas represented in a film?

EB: I don’t know that his best and brightest ideas are going to be in the film, but it is more like his general philosophy synthesized at film level. The film is about this family. About this woman who is raising her grandson according to Bucky’s principles, she feels. So, I talk about it but in fact, the story develops in a different way: that my grandson living his own life his way is more aligned with Bucky’s principles than my trying to get him to conform to Bucky’s principles. I think it is done in a really creative and beautiful way without being preachy. I think that’s what Peter has achieved so brilliantly, is to put it in a context where it is palatable.

S&F: It is surprising to me that Fuller is so well known in many circles but still unknown by a more general public. Do you agree?

EB: Yeah, he is not. I have said to people, do you know who Buckminster Fuller is? And they say no, and that surprises me because at the time when he was alive he was considered the best mind alive on the planet. Here we are 40 years later and people don’t know him.

S&F: What did people respond to about him?

EB: When Bucky finished his talk that day at Carnegie Hall, the audience stood and applauded and gave him a standing ovation. He came back and he put his hands up and silenced them and said, well thank you for that standing ovation but I want you to know that it doesn’t mean anything for me, it means something for you. He said, it’s important that you understand that this happens wherever I go in the world, so what you are feeling right now is all around the world, that’s what people are responding to and they want to be of service. He said, I know you want to be of service, so then you ask yourself, how, and I say just look around and see what needs to be done and do it.

That was an incredible moment where everybody felt just connected to him and that he was speaking directly to us. You know, that was a period of great enthusiasm and idealism coming out of the ’60s into the ’70s—there was this feeling of a bright future ahead of us. Something has dimmed since then. I don’t think Mr. Trump would be listened to by anybody in that period; it wouldn’t be possible for him to say the hateful things he is saying and for anybody to be applauding him. It was a different time. Sadly, that time has been forgotten so I am hoping that maybe this film will remind people of the kind of optimism and desire for excellence that we had at one time and would like to have again, I hope. 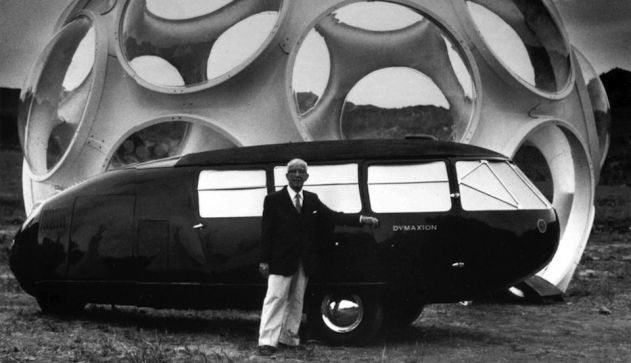 EB: He was a Futurist, he was thinking about the future. We need more of that kind of positive reaching toward some ideal as opposed to just complaining about what we want it to be. He was able to speak at the highest level in so many different fields—he could talk to engineers at the top of their understanding, and architects, mathematicians, philosophers, and Futurists. I don’t know how many fields he could speak specifically to experts in that field at the top level. There just hasn’t been anyone around like that, that I know of.

Science & Film has interviewed Peter Livolsi, the director of THE HOUSE OF TOMORROW. The film received support from the Tribeca Film Institute and the Sloan Foundation, and is currently applying to festivals. This is the second film which Burstyn has produced; she has acted in 152 films and counting.