Stéphane Lafleur’s satire VIKING, which received Special Mention for Best Canadian Feature at its world premiere at the 2022 Toronto International Film Festival and has continued to play at festivals around the world, follows a group of people recruited for their behavioral similarities to a mission team on the first manned flight to Mars. The mission planners want to simulate the issues arising on the real mission so they can problem solve them on the ground. We spoke with Lafleur about the humor of the situation, where his inspiration came from, and the look of the film.

Science & Film: Where did the concept for VIKING come from?

Stéphane Lafleur: There was a photography exhibit in New York that I saw maybe 12 years ago of astronauts lost in the desert. I liked the minimalism of that idea. Then, around 2014-15 there was this project called Mars One; everybody could apply for a one-way mission to Mars, and I thought, who would want to do that? I started watching videos of the candidates. The idea started germinating of people pretending to do something.

Doing research, I came upon a documentary about the Voyager probes that were sent in the 1970s to photograph planets. NASA people were talking about how they kept a replica of the probes to solve mechanical problems from far away; they would recreate the problem in a laboratory and try to fix it from far away. Because I like high-concept, strange, and absurd ideas, I thought, what if I applied that to humans? All those elements together is the premise for VIKING. 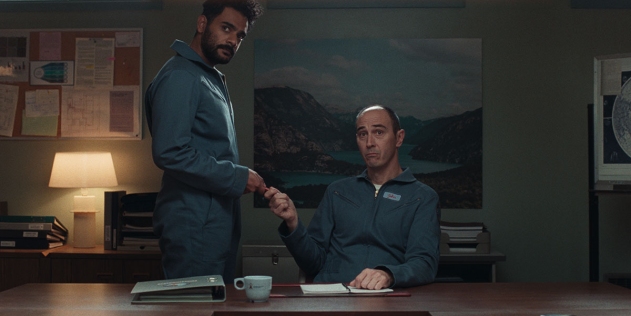 Still from VIKING. Courtesy of TIFF

S&F: Did you watch any of the documentaries or shows that have been made about Mars simulations?

SL: Honestly that was the stressful part of this because Mars is on the map right now. As you know, making a film takes several years. So that’s why I made VIKING as absurd and far-fetched as possible—so there was the least chance that someone else could do something similar. I was not aiming to make THE MARTIAN or anything like that. I was more interested in people faking stuff.

S&F: Can you talk about the production design and the look of the “B team”?

SL: I wanted them to be in a remote place. At first, we wanted to shoot in the U.S. but because of COVID and insurance it wasn’t affordable for us, so we found the right place in Alberta. All the exteriors were shot there. I think I underestimated how ambitious this project is; on paper it seems simple, just a bunch of people trapped inside, but just making the costumes, making five identical helmets, is another ballgame—lighting, ventilation for the actors, not making them too heavy. I always work with the same team, and we were all doing this for the first time. It was challenging and exciting because everything was new. 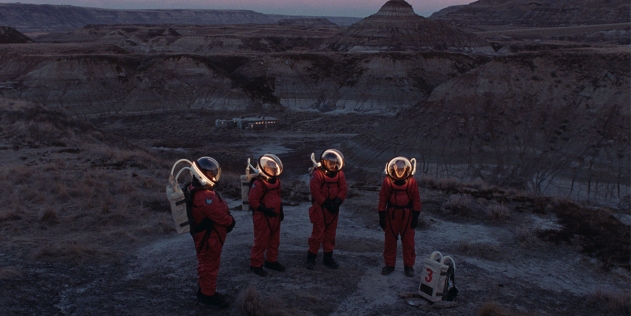 Still from VIKING. Courtesy of TIFF

S&F: There is a line in the film when the main character talks about wanting to participate in this mission because he wants to make a difference. How did you develop the character’s motivation?

SL: My previous film TU DORS NICOLE was about a girl not knowing what she wants in life, so in this film I wanted someone who knew where he was going. Usually, films are about following your dreams and achieving them. No spoilers, but this was about going after your dreams and maybe failing, or maybe it not being what you expect. I like that angle. He wants to make a difference, to get close to this dream he had, and it doesn’t turn out as he expected, as is often the case in real life.