SXSW: David Alvarado and Jason Sussberg on We Are as Gods By Sonia Shechet Epstein | March 19, 2021

Stewart Brand—influential creator of The Whole Earth Catalog, organizer of the first Hackers Conference, member of Ken Kesey’s “The Merry Pranksters,” and much more—is the subject of a new documentary making its world premiere at SXSW. By David Alvarado and Jason Sussberg, WE ARE AS GODS draws archival footage from Brand, his family, and Ken Kesey’s archive to examine how Brand’s past led him to his current fascination with de-extinction. De-extinction is a process, spearheaded by geneticist George Church, of using genetic biotechnology to eventually re-introduce extinct species like the woolly mammoth. Some believe creatures such as the woolly mammoth would fill an ecological niche that could significantly help mitigate the effects of climate change.

We spoke with directors David Alvarado and Jason Sussberg, before the film’s world premiere, about their interest in Brand, thoughts on de-extinction, and process of making the film.

Science & Film: What interested you about this film’s subject? Was it de-extinction, Stewart Brand, or some combination thereof?

David Alvarado: Stewart Brand as a person was the initial interest. He’s led such an interesting life, it’s so fascinating to us what he’s done, so that’s how we started walking towards this film. But when we got there what jumped out at us was the unexpected relevance it has to climate change. De-extinction sounds like JURASSIC PARK, right? But what was surprising and becomes the most important thing in the film is how climate change plays into this perspective. Even if we slow down emissions, which we have to do, it’s not going to be enough—most say now—to reverse all the damage, so you have to take an engineering approach at a global scale and try to develop ways to correct the damage [humans have caused]. It turns out that de-extinction can play an important role in reducing methane production, for one. Also, if you kill off an animal like the Dodo bird, since humans caused that extinction, what responsibility do we have to bring it back? That ecosystem is still there and it’s missing an animal. There is still no replacement apex predator for the Tasmanian tiger so, why shouldn’t we create that Tasmanian tiger and restore that ecosystem, says Stewart.

The film doesn’t make any strong case either way, it’s not an advocacy film, it’s a film that explores the ideas of this guy and those that disagree with him. We hope that people walk away with a lot of questions and hopefully do a lot of research and have good conversations about these really important questions.

S&F: Interestingly, you include some of Stewart’s detractors in the film. How did he feel about you including both sides of the perspective on this issue of de-extinction?

Jason Sussberg: Stewart spoils for these kinds of intellectual scrape-ups and he doesn’t take it personally. You can look back at his life in the 70s when he’d take people who totally disagree with each other and act as a master of ceremony for his magazine CoEvolution Quarterly or Whole Earth Review. He would publish letters to the editor about how much they hated his ideas, and he loved it. When David and I presented this idea of talking to people he disagreed with, he opened up his rolodex and said, you know who really hates me.

When we brought up the idea of our own perspective, not making a hagiography, I remember he closed his hands together and said, okay great. We were very intent on this being our perspective of him over which he has no control. He was drawn to that initially. He’d seen our other film on Bill Nye and liked how we took him to task. 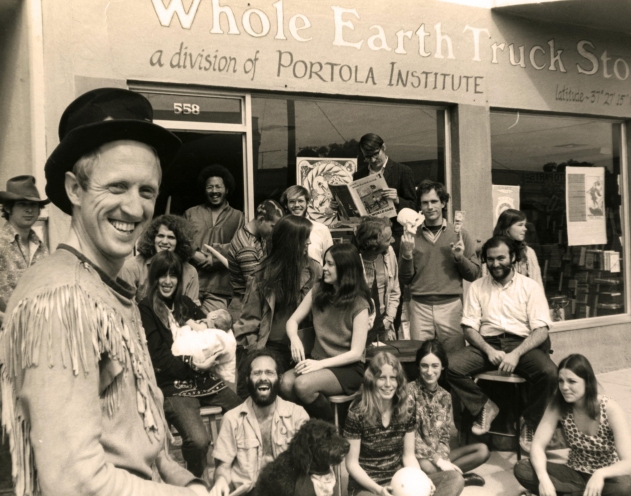 S&F: I noticed in the credits that you yourselves had some science advisors. How did you work with them?

JS: It was easy because Stewart has so much good will, so when we reached out to people to ask them [to be an advisor], they were all game to do it. Britt Wray. who is a science communicator and television personality and wrote a book on de-extinction pointed out some really good things about how to frame the story and where we got stuff wrong. We also showed the film to Ben Novak who is the passenger pigeon lead in North Carolina working with Revive & Restore. He wasn’t in the film but knew the science. The third person we worked with was in George Church’s lab. We’re artists at the end of the day and film is more poetic than it is informational, but we also want to make sure we get it right.

S&F: Did either of you have an opinion on de-extinction at the outset of making WE ARE AS GODS?

JS: David and I are interested in the leading-edge of science and our natural disposition is: new is good, technology can help us. I usually start with the supposition: this is awesome, let’s play with it, then you can learn about the dark side. I’m pretty excited about de-extinction. I want to see where life extension goes. I want to see what it would be like to be on a space colony in Mars. I want to see what the blockchain turns into.

READ MORE: JURASSIC WORLD and the Ethics of Extinction

DA: For me, I think you need that person in our film to say, this is gonna suck really bad. We love putting that in our films. When you look at our past work, there is always somebody saying, you forgot something. To us that makes a good story but it’s also important, as Jason is saying, [to show] a dark side. It’s worth bearing witness to the conversation, and that’s what we love with these stories.

S&F: In terms of the footage in the film, was it difficult to access to any of it?

DA: Stewat’s father owned a camera and was a nerdy engineer who really thought about exposure and framing. He was a great cinematographer—we just lucked out, it’s this amazing footage that is its own treasure. The Ken Kesey footage we got from his son Zane who handed it over to us. We couldn’t believe we were given special access. It shows the moment in time in the Bay Area when Ken Kesey and the Merry Pranksters were trying a social and cultural experiment; you could do your own separate project on that. It was a fantastic, alive way to tell that part of Stewart’s life. Stewart is a photographer by trade who documented his own life in beautiful, professional-grade photography. It was a documentary filmmaker’s dream.

S&F: Do you know what you’re working on next?

DA: We’re trying to grow a production company [Structure Films]. We did two features at the same time at the end of the Stewart Brand film.

JS: Our next project is actually to turn our film into a podcast, which is an opposite journey—usually podcasts become films. Producers at Audible are really curious about the story we didn’t tell in the film, because Stewart does have all these chapters [in his life]. We’re going to make a four-hour podcast, which is super exciting. ♦

WE ARE AS GODS is directed by David Alvarado and Jason Sussberg. It is edited by Annukka Lilja and Ben Sozanski, filmed by Alvarado, produced by Alvarado, Sussberg, Kate McLean, and Jamie Meltzer, and features original music by Brian Eno.