An imaginative exploration of efforts to resurrect the ancestor of modern cattle, HER NAME WAS EUROPA is a new film now playing as part of the New York Film Festival. Aurochs were a wild species of cattle, from which modern cattle are descended, and they were the first animal to go extinct, in 1627. During the Nazi regime, the Berlin and Munich zoos tried to breed an animal that would resemble the mythic auroch; embedded in that task was the fantasy of creating an “Aryan forest.” More recently and for different reasons, the Netherlands-based non-profit Rewilding Europe has used new DNA technology to try breeding aurochs.

Filmmaking team Juan David González Monroy and Anja Dornieden trace this complex fantasy in HER NAME WAS EUROPA, as the auroch is reborn throughout history. We spoke with them from their home in Berlin about making the film.

Science & Film: How did you first learn about the auroch?

Juan David González Monroy: We first came across the story of the Heck brothers, two German zoologists who began this project in the 1920s and 30s; they had Nazi support to breed back an animal that had been extinct. They basically declared success. Doing some research, we realized that type of cattle still exists in Germany and we could go visit it. The scene at the end of the film, of these cattle, is the first thing we shot.

We also found out about contemporary groups who are trying to [breed aurochs], including in the Netherlands where scientists are working with up-to-date genetic and DNA technology. 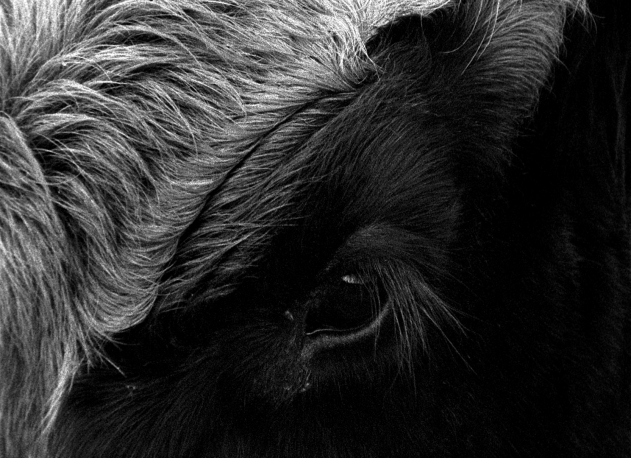 S&F: Why did you decide to film this story on 16mm?

Anja Dornieden: We shoot all of our films on film. The goal of the film was to find the aurochs, which nobody has ever seen, and so we knew it was always an approximation of something. We felt that we were on this journey that will never have a clear image. We felt we could tell this really well through an analogue medium.

JDGM: We found a subject that matched the way we work. Our process is also very uncertain and haphazard in that we go someplace, encounter people and they tell us, there are other people you should visit. When we went to shoot the first cows in Turing and the people there told us that there is a cattle whisperer and you should go see him because he has Heck cattle, so then we contacted him. It was a process of different encounters and each one would spark the next.

AD: In the editing process we wove in all of the imperfections from filming, which was a nice way of showing this process of observation.

S&F: What do you make of different countries’ relationships to the auroch?

JDGM: Every story is incomplete. The way historical narratives are told, there are always omissions. In Heck’s book, published in the 1950s, it talks about all his adventures in Africa and the firebombing of the Berlin Zoo, but he never admits to his own past; this project with the aurochs is mentioned but not who is funding it and for what purpose. At the Berlin Zoo, there was a statue in honor of Heck and they put a plaque stating clearly that this guy was part of the Nazi party.

AD: Nowadays, with the NGO Rewilding Europe, for them the auroch is a symbol of Europe even though it existed in Asia and in different parts of the world. They’re making it seem symbolic of a wild Europe.

JDGM: At the end of the day you need these stories to present the project to the world, to get funding and support. You have to say, this is an iconic animal, it used to be wild in the forests of Europe. That was interesting to us, that both things had to live together. 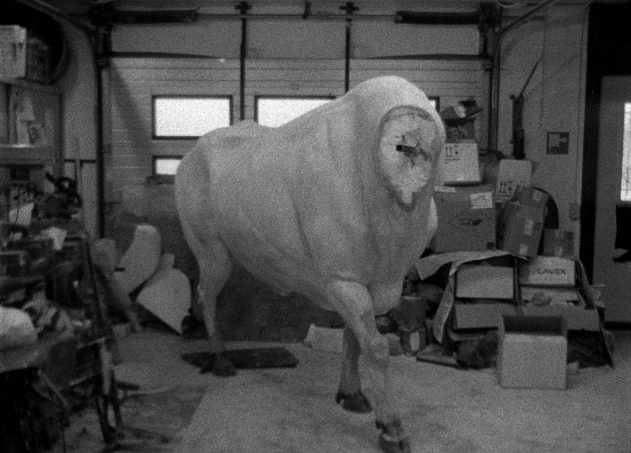 AD: As is said in the film, everyone always talks about how wild and aggressive and big the aurochs were, but it doesn’t really make sense that it was so big.

S&F: It sounds almost like the auroch is a metaphor for history: it’s different each time it comes to life.

How did you two work together on the film?

AD: It’s usually just the two of us on our films so it’s a very small crew [laughs]. We don’t really differentiate in terms of roles because both of us shoot and do sound, and we change up who interviews who.

A project goes forward if we both react to it. If one of us doesn’t react or feel something, then it will stop. If we both are captured by the idea, then it naturally progresses.

HER NAME WAS EUROPA is playing as part of the New York Film Festival. Virtual tickets are available through October 4.