Award-winning filmmaker Damien Chazelle’s FIRST MAN, starring Ryan Gosling as Neil Armstrong, is the 2018 recipient of the $25,000 Sloan Science in Cinema Prize presented by SFFILM. The award was presented on December 8 to a sold-out crowd at the Castro Theatre. “Following two such magnificent previous winners as THE MARTIAN and HIDDEN FIGURES, we are delighted to partner with SFFILM in awarding this year’s Sloan Science in Cinema Prize to Damien Chazelle’s FIRST MAN,” said Doron Weber, Vice President and Program Director at the Sloan Foundation. “Deliberately eschewing easy triumphalism, Chazelle’s rigorous film evokes the precise technological and human hurdles that had to be overcome to achieve one of humanity’s greatest triumphs, a giant leap for science and for mankind.” 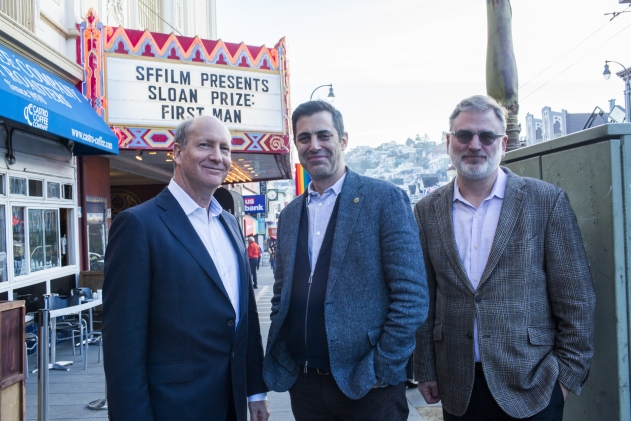 A screening of the film was followed by a conversation between the film’s screenwriter Josh Singer, engineer and retired NASA astronaut Steve Swanson, and JPL and NASA scientist Dr. Leon Alkalai. Watch their conversation below.