The Sloan Foundation awards one filmmaker every year $100,000 towards the production of their first feature film, which must be shot within 18 months of the award. Past winners include Shawn Snyder for his forthcoming feature TO DUST (starring Matthew Broderick and Géza Röhrig). The 2017 winner is Rezwan Shahriar Sumit, a recent graduate of NYU’s Tisch School of the Arts graduate film program.

Sumit won the award for his script A NEW PROPHET, which follows a virtual reality game developer based in Dhaka, Bangladesh. This will be Sumit’s second feature film; his first, THE SALT IN OUR WATERS is in development with producers Ilann Girard (MARCH OF THE PENGUINS) and Gigi Dement (GOD OF LOVE) attached. Science & Film spoke with Sumit via Skype from his home in Dhaka about the film.

Science & Film: What is A NEW PROPHET about?

Rezwan Shahriar Sumit: We follow Javed, a young VR game developer who comes up with a VR app that he calls AkhiratVR, which allows its users to experience the various stages of afterlife. He tries to bring his broken family together using this app. He thinks that the app has a capacity to induce a spiritual experience which could bring change to his family members. He forges a relationship with a neuroscience professor at Dhaka University whose name is Dr. Kaykobad. He also forms a partnership with a girl named Gultekin who is a digital artist from a very conservative Muslim family. 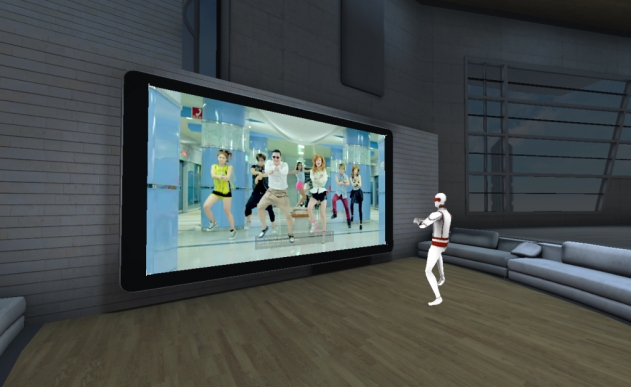 S&F: In the real world, one of the issues with VR is how expensive it is for users and developers. How does that figure into your story?

RSS: In this story, Javed has the money; he is from a very wealthy family. Also, he is not making an app that he is going to distribute largely. Users have to come to his place or a particular station to experience it.

RSS: Yes. It is location-specific at the moment. Before film school, I used to be a regular at the two key art fests in Dhaka: National Art Exhibition and Asian Art Biennale. They featured really good mixed-media installations. Those that were set up in dark rooms with surround sound and video projections offered low-tech immersion. I drew inspiration from each and every one of these artworks.

S&F: Since the VR app in A NEW PROPHET has a big effect on its users, I’m curious if you drew from any real-world experiences that you have had with the technology?

RSS: When I was developing the story, I spent a significant amount of time on AltspaceVR, a social VR platform. I called it the Burning Man of VR because there was zero corporate presence there. You don’t need to pay to log in, and there is a very vibrant, friendly, and welcoming community. You have your own avatar and you roam around in this virtual oasis, and see other people roaming around, and you can have meaningful conversations with them.

I use the name AltspaceVR in A NEW PROPHET. There are scenes that take place in that world. Gultekin, the designer, and Javed [the app developer] meet in AltspaceVR; they take part in an international conference on it.

S&F: How will you film the VR scenes in the script?

RSS: Early next year, I want to reach out to AltspaceVR because if I can use some of their VR assets, then I don’t have to create those from scratch. But Microsoft acquired AltspaceVR this year so that means it is not a small startup anymore.

S&F: What sort of advisor has worked with you on this script? Someone who specializes in VR technology or in neuroscience?

RSS: I was interested in how immersive media affects behavior. When I did some research, I came across the work of a social anthropologist named Ryan Hornbeck. He wrote a paper in 2008 on virtual reality as a spiritual experience. He did research on people who had spent extended hours on Second Life; then did research in China where people spent extended time in World of Warcarft, and learned that people have technology-induced spiritual experiences in all parts of the world. I requested NYU to put me in touch with Ryan Hornbeck and he agreed to meet with me.

Later on, I came across [cognitive neuroscientist] Henrik Ehrsson and Mel Slater's work on illusory ownership of virtual body. That was a seminal moment in my research. I learnt about a concept called “presence.” Presence is when you are having an experience that is mediated by technology, and something about that technology makes the brain fail to understand that the technology is actually present. The brain thinks that whatever is taking place is real. You can find ways to elevate a sense of presence in a work. There are four elements that help to reach optimum presence, and if you know them then you’ll be able to measure each of them and enhance them. One is a stable, spatial place–the world your subject is experiencing. The second is self-embodiment. When you watch 360 videos you don’t have a body–you are sort of a ghost who is moving around. That is no good for the type of result Javed is seeking. There has to be a body and a sense of ownership over that body. What is interesting is that it doesn’t always have to be a human body. The third element is physical interaction. Social communication is the final aspect. In A NEW PROPHET, Javed uses these four elements to make his app a hugely empathetic and relatable program.

S&F: How is presence measured?

RSS: Some of these ways are physiological and some are behavioral. Whether someone can perform a task in a virtual world says a lot about the amount of presence they are feeling. Physiologically you can measure pulse, sweat or look at the brain through an fMRI machine. But there is a methodological debate in the scientific world about whether presence can actually be measured or not.

S&F: Where are you now with the project and what are the next steps?

RSS: I want to continue to develop the script, and make the science more palatable to a non-cognitive neuroscience person. I am in talks with a couple of producing candidates. Once I have producing partners, I will apply to labs and film markets. Because this is a film that takes place in Bangladesh, I am pretty sure that there will be interest from grant-makers and financiers in Europe. Historically, they tend to invest more in stories from South Asia than the United States does. I’ll be focusing more on applying to labs like the Torino Film Lab and the Berlinale Script Station. Sloan has some amazing partner organizations including Tribeca, Sundance, and Film Independent. All of a sudden they know about A NEW PROPHET and I’m excited to be in conversation with them. If it were not for Sloan, I do not think it would have much traction in the U.S. film industry. I’m very excited, and of course thankful to Sloan. 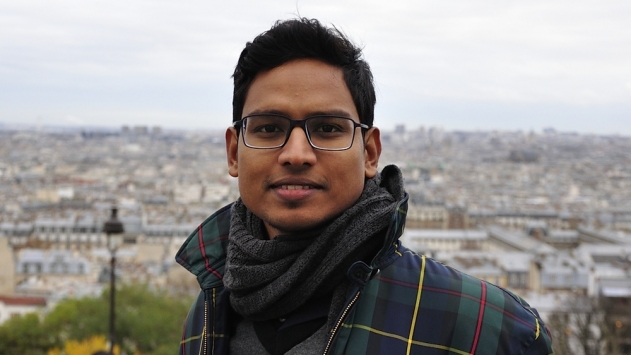 Rezwan Shahriar Sumit is a writer, director, and producer based in Dhaka, Bangladesh. In addition to winning the Sloan First Feature Prize, his work has been supported by grants from the Spike Lee Film Production Fund, and Bangladesh’s National Film Grant, and his short films have played internationally at festivals such as First Run, Copenhagen International Children & Youth Film Festival, and Zero Film Festival London. Stay tuned to Science & Film for more as A NEW PROPHET develops towards production.