Set in the near future, Jessica Oreck’s new film ONE MAN DIES A MILLION TIMES centers on two geneticists working at a seed bank (which collects and stores plant seeds from around the world) in Russia during the Siege of Leningrad. Her previous work has been in documentary–her films include BEETLE QUEEN CONQUERS TOKYO, which won a Cinema Eye Honors award in 2010, and THE VANQUISHING OF THE WITCH BABA YAGA. Though set in the near future, ONE MAN DIES A MILLION TIMES is based on true events; it is set at the Vavilov Institute of Plant Industry in Saint Petersburg at which scientists continued to work as the city was besieged by Germany during the Second World War in 1941.

Oreck received a 2017 Tribeca Film Institute-Sloan Filmmaker Fund grant for the film. Science & Film spoke with Oreck from her home in Germany. She hopes to have the feature completed by the end of 2017 for a 2018 premiere.

Science & Film: How did you discover this story?

Jessica Oreck: Sean [Price Williams], the DP, and I were making my last film THE VANQUISHING OF THE WITCH BABA YAGA in 2010 and passed through Saint Petersburg’s St. Isaac’s Square. There is a big cathedral, a grand palace, a statue in the middle, and then there are two buildings on either side that are not as well kept up and I said, ‘what are those?’ Our line producer said, ‘those are the world’s first seed banks.’ So that is how I learned about Nikolai Vavilov who started the seed bank, and who is very well known in Russia. The more research I did about him and about the Siege, the more I realized that the story I wanted to tell was not about him as much as it was about the scientists in the seed bank who were participating in the Siege. I didn’t know anything about it. When you mention the Siege of Leningrad, often people say, ‘what’s that?’ Only the worst siege that has ever happened in written history.

S&F: Having seen a couple clips from ONE MAN DIES A MILLION TIMES, what strikes me first is the visual style. Why did you want to shoot in black and white?

JO: I was fascinated by the story and knew I had to make this film, but I didn’t want to make a film about World War II. I have noticed with people who are younger than me that watching films about World War II is sort of like watching STAR WARS; they have the equal weight of unreality. I wanted my film to have a sense of reality that was very clearly not of this particular time. But, I didn’t want it to be an otherworldly sense of history; I wanted it to be somewhere in between, where everything felt a little bit closer to the bone. 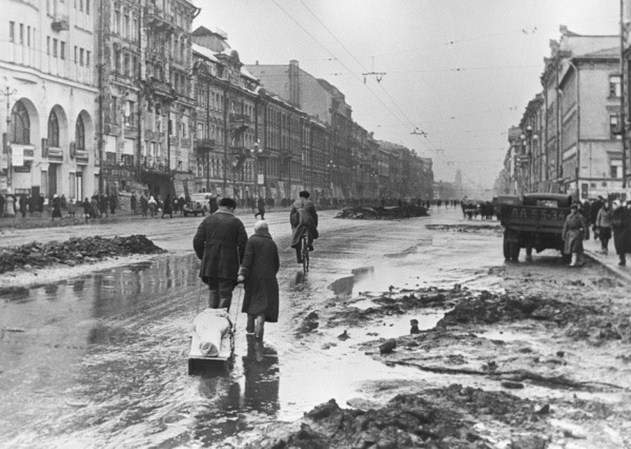 S&F: Why set it in the future?

JO: It is not the distant future: the world has already been at war for two years, and the first thing the enemy did was take out all the satellites; there is no satellite communication. The main character in the movie has a cassette Walkman that he listens to. So, it’s like our world but without cell phones and computers, which sort of means it is not at all like our world.

S&F: How did you do research on the story?

JO: I read–a lot. We had to get permission from a lot of people because the narration in the film is all excerpts from journals and diaries that were written by people that survived the Siege. Once we got to Russia, I had several advisors at the Vavilov Institute of Plant Industry. It is still in Saint Petersburg, in those two buildings on either side of St. Issac’s Square. The scientists checked the script and worked with the actors. We shot in the Institute’s labs as the actors were doing real work and using real seeds. That was really wonderful. Those were some of the best parts because we did almost no set dressing. Walking into that place is like walking into this incredible wormhole of time. I worked at the American Museum of Natural History for more than a decade and there is an accretion of science, time, thought, and personality that builds up inside an old institution. People don’t take down the pictures from their predecessors; everything gets layered on top of each other. It is such a wonderful aesthetic to me. It feels like home. In the Institute, there were computers from 1990’s and then a monitor from 2000 stacked on top. You couldn’t make that up. It was perfect for that timeless slippage that happens in the movie.

S&F: Did you have to go directly to the descendants of the individuals whose diaries you use in the movie? Were they interested in having those stories told?

JO: I actually didn’t; we had a Russian person who dealt with that. Me coming in as an American and saying, I want to make this film and use your grandparents’ texts–I don’t think people would have taken me very seriously. 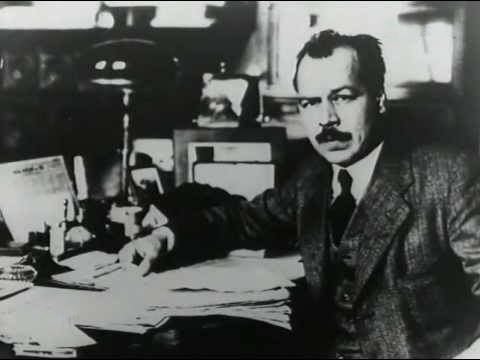 S&F: Do you imagine the film mostly for an American audience?

JO: For a Western audience. I hope that Russians like it and certainly we have a little bit of star power for Russians in the film which is great, but the film is really for Americans I think.

S&F: Your production company is dedicated to telling films about science. How did you get into that?

JO: I knew that was what I wanted to do since I was really little. I wanted to make films about science. I went to school and studied filmmaking, biology, ecology, and botany. Then, I worked at the American Museum of Natural History as a live animal keeper in Living Exhibits. We had to do a shift in the butterfly vivarium once a week which meant I would see people interacting with live animals. You get to see different cultural perspectives, the way kids look at their parents, and parents look at their kids, and the way everyone is looking at these bugs that are flying in their faces. I realized that I was much less interested in making films about straight biology and much more about what I started calling ethnobiology, or the way cultures look at the natural world.

S&F: What filmmakers have inspired you?

JO: My two heroes are David Attenborough and Claire Denis. His THE PRIVATE LIFE OF PLANTS made me realize this is what I want to do, but then when I was in college I saw BEAU TRAVAIL by Denis and I thought wait, ‘in a way this is so much more powerful.’

S&F: It seems like you’ve worked with Sean Price Williams on most of your films. He has worked on MARJORIE PRIME and other science-related films. How do you and he work together?

JO: I met Sean when I was 19 and he helped me make two of my three documentaries. He was a huge mentor for me and remains that way. He is a big part of who I am as a filmmaker. I think that he has a prismatic way of showing other people the world that makes him a sometimes intense but awesome collaborator.

We stay up late watching old crazy movies that he finds and then talk about how we are going to push all the boundaries and do crazy things. Then, the next day we say, ‘well, maybe we should just get some coverage on this shot.’ But I think we find a good in between.

S&F: How will you use the TFI-Sloan funds?

JO: I convinced my parents to let me re-mortgage their home in order to make this film. So, the funds will go towards the mortgage. But I’m so grateful for it. I’m going to be in debt for the rest of my life but it’s worth it. It has been such a pleasure making this film.

The way things came together: meeting the people at the Institute, finding this incredible crew, and being where I am in Germany and having access to Russia. Sometimes you feel like you’re working on a project and all you’re doing is fighting but sometimes you’re like, why is this so easy? And this is one of those easy ones so far.

S&F: What is the timeline for the rest of the film?

JO: We have another shoot in August. We are hiring a potato farm in Russia that then we have to blow up with pyrotechnics. So, we are waiting for the potatoes to be ready. I hope to have it premiere at some film festival next year. I have my hopes of course, but can’t count on them.

Jessica Oreck’s production company, Myriapod Productions, is based in New York. It has produced three feature documentaries. ONE MAN DIES A MILLION TIMES is written and directed by Oreck, with cinematography by Sean Price Williams. Stay tuned to Science & Film for news about the film.