Geneva Robertson-Dworet is a screenwriter who has had two scripts (ARES and HIBERNATION) on the Black List, the annual roundup of the best unproduced films, and she is writing the new TOMB RAIDER film which will star Alicia Vikander as Lara Croft. Science & Film spoke with Robertson-Dworet about her interest in seeing science accurately portrayed in big-budget films, and her experience working with the Sloan-supported organization the Science & Entertainment Exchange. The Exchange connects film industry writers and producers with working research scientists.

Science & Film: You are writing TOMB RAIDER now and I read your screenplay ARES, which was on the Black List. Have you worked with the Science & Entertainment Exchange on either of these projects?

Geneva Roberston-Dworet: On ARES, the Exchange put me in touch with NASA’S former “Mars Czar,” Scott Hubbard, who answered a lot of my questions. It’s a super helpful organization.

S&F: How did you find out about the Exchange?

G R-D: An executive of Bad Robot, J.J. Abrams’ production company, thought I would like Rick [Loverd] who is in charge of the organization. The Exchange has great events where you meet scientists and hear mini-lectures about their research. The events are usually attended by hundreds of writers, producers, and executives. 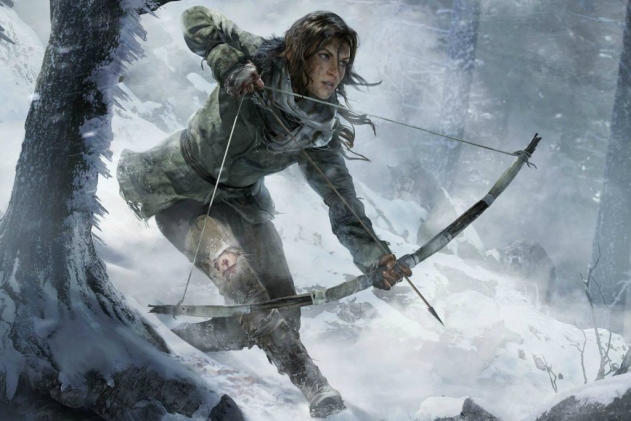 S&F: Why are you interested in writing stories about science?

G R-D: Because I half-wish that I was a scientist–those are the people actually changing the world. Most of my projects have been in the sci-fi genre because I hope to deal with “what’s next?” in my writing.

S&F: I read that you are part of a writing group organized by Paramount to work on a couple different films. Do you see opportunities in those films to spark people’s imaginations, or are they just fun to work on?

G R-D: In Paramount’s GI JOE room, we had discussions about the future of military science. But exploring real-world science hasn’t been the number one priority on most of the big properties I’ve worked on – whether it’s TRANSFORMERS or GI JOE. There’s been more room for that on projects like ARES, which focuses on the very grounded dangers of privatized space exploration.

I think a movie like THE MARTIAN does a much better job than most in getting people excited about “real science.” When I was little I loved CONTACT, which is about a female scientist who makes a history-changing discovery. It’s strangely a seldom-referenced movie now, but when that movie was released, it really got kids my age revved up about scientific exploration.

S&F: How do you decide when to use the Exchange?

G R-D: If you don’t use the Exchange, you conduct research by reading articles and books that might only be vaguely related to your movie. Then you have to try retrofit whatever you learned for your particular story–and along the way, the science can become really contorted. It’s totally different when you work with the Exchange. When you have a scientist who is directly engaged with your project, they might pitch, “Well, you could make this scene more scientifically accurate by doing xyz…” It becomes collaborative.

When I got hired to work on a shrinking script for Jerry Bruckheimer, a couple scientists got kind of annoyed and said, “Shrinking is scientifically impossible.” There was an eye-roll they had to get over before they’d say, “Okay, if it was possible, here’s how it might work.” For that project, the Exchange ultimately put me in touch with a female nanotechnologist who was full of brilliant ideas. Part of the fun of the Exchange is that you not only meet other writers, but also lots of fascinating researchers you’d never otherwise come into contact with.

S&F: When you met with the nanotechnologist, did you feel like there was big communication barrier because you were coming from different fields?

G R-D: All the scientists I’ve worked with have gone out of their way to put things in laymen’s terms.

S&F: Do you want to continue to work on science scripts?

G R-D: Oh yeah. One of the main reasons why I like writing sci-fi is that is that every new project is an excuse to read a pile of books and learn about things I never otherwise would.

S&F: What are your favorite science fiction films?

G R-D: I love MINORITY REPORT because it deals with philosophical issues as well as sci-fi tech ones: Are our lives predetermined, or do we have free will? The best sci-fi always asks those larger questions. BLADE RUNNER is another favorite because it asks: What does it mean to be human? I think WESTWORLD is the best recent sci-fi I’ve seen because it’s unafraid to pose similarly huge questions. Are we living in virtual reality--and what does it matter if we are?

Geneva Robertson-Dworet is currently writing TOMB RAIDER, which is scheduled for release in 2018. The Science & Entertainment Exchange, based in Los Angeles, is a program of the National Academy of Sciences. Science & Film interviewed its director, Ann Merchant, and program director Rick Loverd about the way they pair scientists with Hollywood.