Shall We Play A Game?: Interview with Metrograph's Jake Perlin By Sonia Shechet Epstein | August 11, 2016

Many science fiction films of the past fifty years no longer seem far-fetched. The 1983 film WARGAMES, directed by John Badham, envisions a world of hacking and online games. The 1999 David Cronenberg film EXISTENZ presages Virtual Reality gaming which, while still relatively expensive, is a reality. These films are included in a slate of screenings at the new Metrograph theater in New York as part of a series called Shall We Play A Game? The impetus for the series is a new documentary THE LOST ARCARDE, by director Kurt Vincent, about the history of the Chinatown Fair arcade in New York. The film traces arcades and the people who have loved them from Times Square to Chinatown to Sunset Park. The culture continues in Astoria, where Museum of the Moving Image currently has an exhibition of playable arcade games on view. Science & Film spoke by phone with Metrograph’s artistic and programming director Jake Perlin on July 22 about the film series.

Science & Film: Are videogames a part of your life?

Jake Perlin: When I saw THE LOST ARCADE it made me remember all the time I spent in arcades growing up. I am 40, so I am of a generation which spent entire days in arcades with rolls of quarters, at the long-lost Adventurer’s Inn in Flushing, or even the Modell’s store in New Hyde Park had a bunch of games. The film made me nostalgic for that. It also made me realize how far away I am from that now. The last time I was really serious about arcades was when they cost a quarter and special games cost fifty cents. I also loved THE LOST ARCADE not just because it is about games but because it is really about community, and also about youth culture and how kids, especially kids in the city, are responsible for trends, be it videogames or fashion or music. 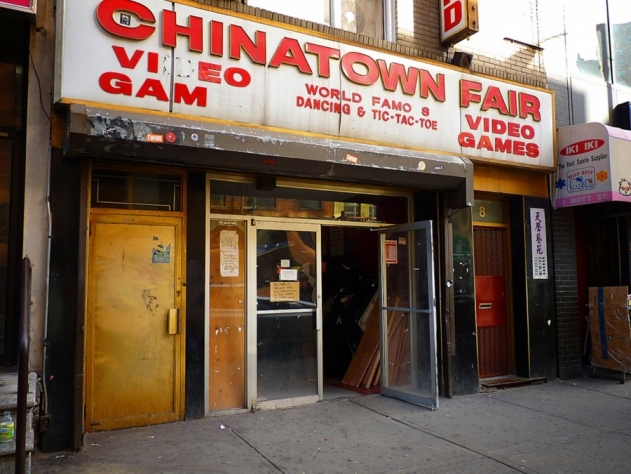 S&F: As someone who loved games, what do you think of WARGAMES and EXISTENZ, which are two films about being immersed in the world of gaming?

JP: EXISTENZ is a true masterpiece and WARGAMES is close to my heart because it is something I grew up on. There is a scene in WARGAMES where Matthew Broderick is playing a game but he has to run, but he has been playing for a really long time on one quarter, so he calls over this younger kid and says, do you want to take over for me? And that little kid is so psyched that the older teenager asked him to take over, and I just remember that feeling of being ten and watching older kids play. There is another scene where Broderick is trying to look up passwords to hack into a computer at school but they keep changing every week. Those films are about kids trying to outwit the adults. That’s the thing that is cool. 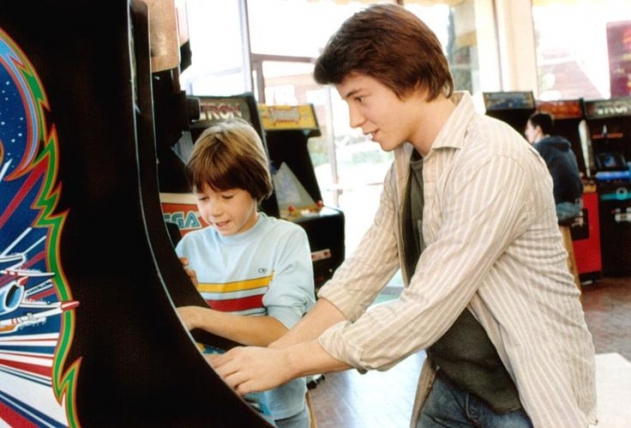 S&F: WARGAMES had some real world implications. The Reagan administration asked, is it possible that what happened in that film could happen in real life? It even led to a directive about computer security.

JP: Yes, and also in terms of a global thermal nuclear war. When I saw that movie I was also like, you can do what with a telephone? What is a modem? That sense of total wonderment probably inspired a lot of people. 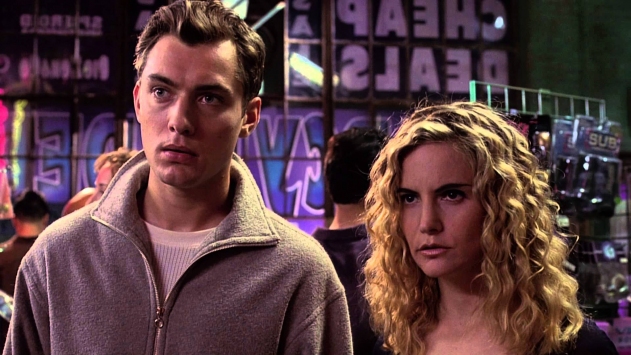 S&F: How do you think these films will play now? For example, I interviewed a computer scientist about EXISTENZ and how that film says so much about our current reality.

JP: Everything in these movies is fairly prescient. There is an element of science fiction in all videogames. All good science fiction is an exaggeration or a reinterpretation of things that are actually happening. The best writers or filmmakers are responding to something in contemporary society. In a pop culture way, the way these games pervaded the consciousness of a certain generation, you are now seeing the result of people who were raised on that stuff. They are probably the people who are involved in art or industry, whether as an artist who incorporates it into their work or someone who has built a major corporation, that all makes sense to me.

JP: Any sort of online business, like Amazon, has in its creation some degree of science fiction. What is Google if not a super-brilliant Joshua? If someone was like, one day every piece of information will be available instantaneously at your fingertips, or you will be able to talk to people through your watch, that would not necessarily seem any more unrealistic than if someone was just like, there is a gorilla throwing barrels at you while you try to climb a building. I feel like for both of them I’d be like, there is no way.

S&F: What can these films tell us about people’s fears about technology?

JP: A lot of movies from that period have implications of automated destruction. From DR. STRANGELOVE and FAIL SAFE all the way through to WARGAMES or TERMINATOR 2 is the idea that ultimately these things we are creating will become more powerful than us. That is HAL. Even the letters HAL [Heuristically programmed Algorithmic computer], Kubrick very intentionally made them one removed from IBM. There is a reason that the first title for Godard’s ALPHAVILLE was TARZAN VS IBM. It actually amazes me sometimes how far back it is appearing—this notion of something we have created taking control. There is an element in videogames where we are wrestling with control in this universe. 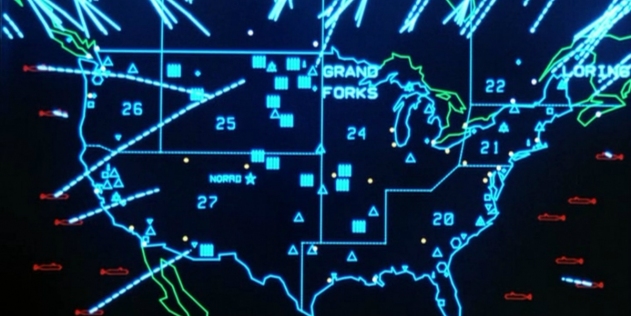 S&F: Since we are talking a lot about kids and videogames, do you have a kid’s series at The Metrograph?

JP: We did some Studio Ghibli films to start. Then, we did some Looney Tunes. We are about to start a series of Roald Dahl adaptations. And then in the fall, we are programming nature films, which will be super fun to see on the big screen—good parent-kid films, and it is the type of films which you used to only see if you went to a museum. But, they are so beautiful now. I’m super psyched about all of those.

S&F: I was just writing about the Jean Painlevé film about seahorses.

JP: That’s the best. During our opening night party we showed short films including THE VAMPIRE BAT. We also really want to show LOVE LIFE OF THE OCTOPUS. He’s the greatest.

The series Shall We Play A Game? runs August 12 to 18 at The Metrograph on Ludlow Street in Manhatan. Museum of the Moving Image’s exhibition Arcade Classics is on view through September 18. Stay tuned to Science & Film for a piece on Jean Painlevé’s film and an interview about EXISTENZ coming out this month.

The Sloan Foundation screened WARGAMES at the 2012 Tribeca Film Festival accompanied by a discussion with director John Badham, actress Ally Sheedy, Bitcoin Technical Lead Gavin Andresen, and Dr.William D. Casebeer from DARPA, speaking about the technology in the film. The Science & Entertainment Exchange covered the conversation.