Based on a true story, the feature screenplay WONDER DRUG is now entering pre-production 15 years after it received support from the Alfred P. Sloan Foundation’s screenplay development program at the Hamptons International Film Festival. Since then, WONDER DRUG has been featured as a Black List screenplay, been named in the “Top 1% All-Time” screenplays by Coverfly, and been named a Top 50 Script by the Academy of Motion Picture Arts and Sciences Nicholl Fellowship. The film will tell the story of the impact of a synthetic estrogen called Diethylstilbestrol (DES) that was prescribed to millions of pregnant women for decades as an anti-miscarriage medication, but which in fact caused numerous health problems for mothers and children. Screenwriter Caitlin McCarthy is a “DES daughter,” meaning that her mother was prescribed DES during pregnancy—without her knowledge.

WONDER DRUG is set to be produced by Stephen Nemeth of Rhino Films (THE SESSIONS), Vanessa Hope (INVISIBLE NATION), and Mike Ryan (JUNEBUG), and will be directed by Matia Karrell (CADILLAC DREAMS). We spoke with McCarthy about the film’s journey from script to screen, the history of DES, and her hopes for its release.

Science & Film: This script was a Sloan script at the Hamptons Lab, what has been its journey since?

Caitlin McCarthy: It is serendipitous that Vanessa Hope came on board as one of the producers for WONDER DRUG because she was the script’s very first friend. She was the director of the Hamptons Screenwriters Lab when it was selected as a Sloan script, so she has been there from the very beginning. I had wonderful mentors at the Hamptons Screenwriters Lab: Joshua Marston, the writer/director of MARIA FULL OF GRACE, and Tom Gilroy who is another fabulous writer/director who did THE COLD LANDS. It was early in my screenwriting career and they showed me how to approach a very big topic. Because of them, I felt I had a good foundation to build upon.

WONDER DRUG has been over 15 years in the making. I think people are now ready for a story about Big Pharma not looking out for people and selling something that is toxic and carcinogenic. Look at the success of a TV series like DOPESICK, with Michael Keaton. This is a screenplay that means a lot to me on a personal level because I am a DES daughter. 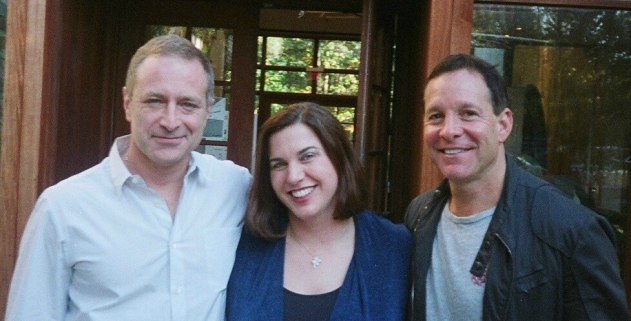 S&F: For people who might not know, can you tell me about what DES is and what approach your story takes?

CM: DES is considered the hidden Thalidomide. It is a toxic, carcinogenic, synthetic estrogen. It was given to millions of pregnant women wherever U.S. pharmaceutical companies had a presence. Some pregnant women were aware they were being prescribed this; they were told by their doctor it would promote a healthy pregnancy and prevent miscarriage. Others, like my own mother, were not aware; it was bundled inside a prescribed prenatal vitamin. There were no controlled studies of DES by the drug companies—ever—to test for efficacy or safety, they just put it on the market. It was approved by the FDA and was sold for decades. They knew as early as 1953 that DES did not work, that it actually brought about higher rates of miscarriage, and they continued to sell it. It wasn’t until 1971 that Boston’s Mass General Hospital made the DES-cancer link. There was a cluster of young girls who came down with what they called “old lady cancer.” It was a cancer of the vagina. You would only ever see that in elderly women, and it was in girls as young as 12 or 13. They couldn’t figure out what was causing it, and then a mother who was in the elevator with a doctor said, do you think it was that pill I took while pregnant? And they made the connection.

I thought of writing the script two days after I discovered I was a DES daughter. I did not know I had been exposed to DES in utero—no one knew, my mom didn’t know—until I was 35. I was having unexplained pre-cancerous cell activity and I went in for a colposcopy, which is done with a special microscope where they can see your cervix, and within seconds the doctor looked at me and asked, what year are you born? I knew that was not a good question. Then he asked, did your mother take DES? I said, I have no idea but you can ask her, she is right down the hall. She was in the waiting room. We had driven down together from Boston and thought we wouldn’t have the results for a while so we would go for some lunch. Little did we know our lives would change forever. She talked with my doctor, and he asked her, did you take DES? She said, no. He asked, did you experience heavy bleeding while pregnant? She said yes. That was news to me. He said, were you prescribed anything like a prenatal vitamin? And that’s how we figured it out. I was obviously devastated, flabbergasted, horrified, and feeling like I was living under a medical guillotine; I didn’t understand what was happening to me or my body, how long would I live, if I had a cancer battle on my hands. So I immediately started diving into what DES is. After two days, I started realizing that this would make an interesting screenplay because if I’m wondering this, how many other people have no idea they were exposed?

In addition to being a screenwriter, I am an educator—I teach English at a public high school—so it’s in my nature to not just want to entertain people but also educate people, and what better way than through a narrative, feature film. There has been a wonderful documentary on DES by Judith Helfand called A HEALTHY BABY GIRL, which screened at Sundance, but you reach a different audience with a narrative feature, and that’s why I wanted to take that approach with the story. I have described the script as THE CONSTANT GARDENER meets the documentary THE CRIME OF THE CENTURY.

The script has three intersecting storylines across different decades, very similar to THE HOURS. One takes place in 1941 when DES was approved for limited use; it would later go on for approval for basically anything—you could even do it off-label. The 1971 storyline is when the DES-cancer link was made in Boston. Then there is a present-day storyline. We’re keeping the exact details under wraps for now, but it is very exciting because I think it answers a lot of questions but in a way that will be entertaining and educational, but not beating you over the head. No one is going to be saying Diethylstilbestrol through the screenplay. When I had to learn how to say that word, I had to break it down and would say: “die” “Ethel,” like a person, “still”—like you’re still dying because you’re exposed to DES—and then estrol is just thrown on. That’s how I remembered how to say it and now I can say it in my sleep and spell it. I can laugh about it but that’s my Massachusetts gallows humor kicking in.

S&F: How widely known is the story of DES?

CM: We don’t have an exact number of victims, but it is estimated that 5-10 million mothers in the United States alone took DES somehow. Then, you have millions around the world. This month I testified in a pre-recorded video to Scottish Parliament because the government is considering issuing an apology for the DES drug disaster. It was a big front-page story in Scotland. The UK government did apologize to Thalidomide victims, and—this is not to minimize Thalidomide at all, but you’re talking about thousands of victims—DES is millions. But was it Goebbels who said, the bigger the lie the easier it is to get away with it? That’s how I feel about DES; it’s so massive that people can’t comprehend it so they kind of set it aside.

The U.S., Europe, Latin America, they’re still fighting DES in the water [supply] in China because it is being fed to animals to fatten them up. It’s not supposed to be given to animals but there are countries that are still doing it. It was in our food supply for decades too. DES wasn’t just given to pregnant women, it was given to chickens and to cows, so if you ate chicken or beef until the 1970s you were probably eating DES. DES is an estrogen so it makes you gain weight. A lot of DES victims are a little chunky—I’m not joking, there is a picture of a DES-exposed mouse and one who wasn’t [exposed], and the DES mouse is huge! To tease my sister who was not exposed, I put Erin next to the little mouse and Caitlin next to the big one. She said, that’s not funny! But again, the only way I can get through this is by having a little fun, because it’s so upsetting.

I have to go to a doctor every year to have special testing done to see if I’m having cancerous cell activity, so there is an annual reminder that it is going to be this way for the rest of my life. It is a never-ending gift [sarcastically], and my gift to the drug companies will be WONDER DRUG. 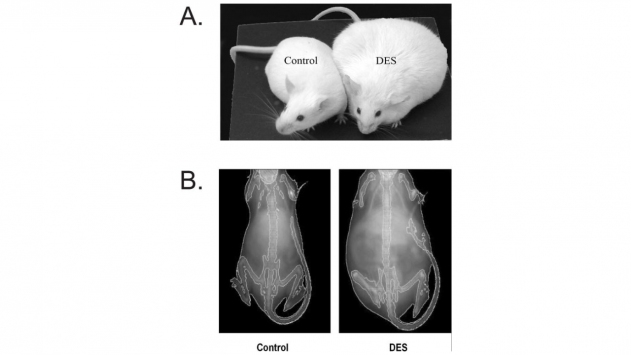 S&F: What stage of production is WONDER DRUG in now?

CM: It is heading towards pre-production. We have Stephen Nemeth who has been a wonderful champion for this project. He is the founder and head of Rhino Films. We have Vanessa Hope who is an incredible filmmaker and has a podcast with Vanity Fair called “Love Is a Crime” about her grandmother Joan Bennett, which is going to be turned into a limited series. We also have Mike S. Ryan and he is a wonderful independent producer who produced JUNEBUG that scored Amy Adams an Oscar nomination and launched her career. We also have the legendary, maverick casting director Fern Champion. Oscar-nominated director Matia Karrell is on board as well. We have talented people who are behind this project 100% and I have incredibly high hopes for it. With that kind of talent, I can’t imagine it being anything but powerful and riveting.

I also can’t stress enough how supportive the HamptonsFilm Screenwriters Lab and the Hamptons International Film Festival have been. In addition to being a Sloan script in the lab, WONDER DRUG was chosen for a live staged reading of select scenes at the Hamptons Film Festival. Ever since then they have stayed in touch with me. If any screenwriter was wondering what lab to apply to, I couldn’t recommend a better lab than the HamptonsFilm Screenwriters Lab because it’s not just a weekend, they stay in touch and they want you to. The fact that Vanessa is now one of the producers is amazing. It’s all come full circle.