What would living in quarantine be like if you could have lunch on the beach and dinner in the rainforest? The new documentary SPACESHIP EARTH elicits this question and many others as it tells the astonishing story of eight people who spent two years in isolation within a self-built, closed ecosystem called Biosphere 2 starting in 1991. Director Matt Wolf (RECORDER, TEENAGE) made the film by indexing and digitizing a trove of 16mm footage, photographs, and Betamax tapes that the group produced and archived. Despite the media frenzy and public discrediting of parts of the Biosphere 2 experiment, those involved always believed in their mission and were diligent about documenting it.

Biosphere 2 was a major feat of engineering and closed system design. Built on a 3.14-acre campus in Oracle, Arizona, it includes seven distinct biomes—an ocean with a coral reef, wetlands, a rainforest, a grassland, a desert, a habitat for humans, and agricultural land for growing food and supplying oxygen to inhabitants. Innovations in airflow systems, insulation, heating and cooling, and irrigation were necessary in order to ensure that the ecosystem was closed—it was meant to be a model of sustainable living and how a human colony in space might function. 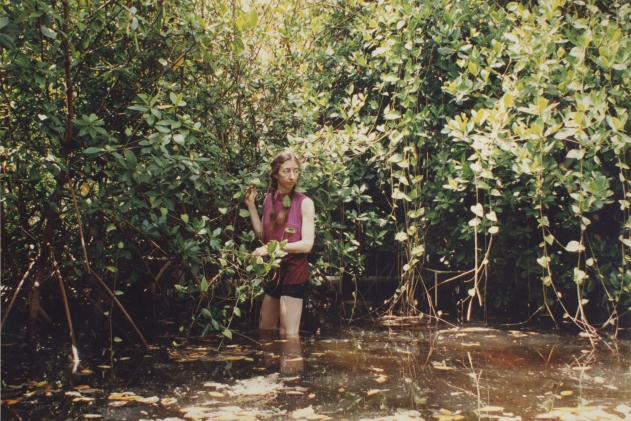 Botanist Linda Leigh was the “Biome Design Manager” who contracted specialists and sourced plants and animals to populate the savannah, desert, and rainforest. During Science on Screen’s discussion about SPACESHIP EARTH, Leigh talked about how she got to work with specialists from many different fields to try to create a balanced system:

"The other major challenge was creating an ecosystem in which 3,800 plant and animal species could co-exist,” said Leigh. “We all had to talk together and we spoke different languages, believe me. We had a bat specialist who said yes, we should put bats in, but the bats that I think would work inside Biosphere 2 have to encounter 100 moths every night in order to eat 20 moths every night in order to live. That’s one bat. […] The engineers said the moths are going to get sucked down into the air handlers unless we put a heavier screen over the air handlers and that’s going to be a heavier load to pull the air through and it’s going to cost a lot more so we have to talk to the person in charge of funding.”

Engineers, architects, and ecologists designed Biosphere 2 for 100 years of operation, until 2091. Unfortunately, ecological as well as PR problems caused the system to shut down after what was supposed to be the first of many two-year experiments, and it re-opened as a tourist site. If the Biosphere 2 had continued as the closed system it was intended to be, Linda Leigh predicted “the system would have self-organized to a point where it probably would have had some kind of stability for the last fifty years or so in terms of the atmosphere and reproduction of organisms on the inside.” 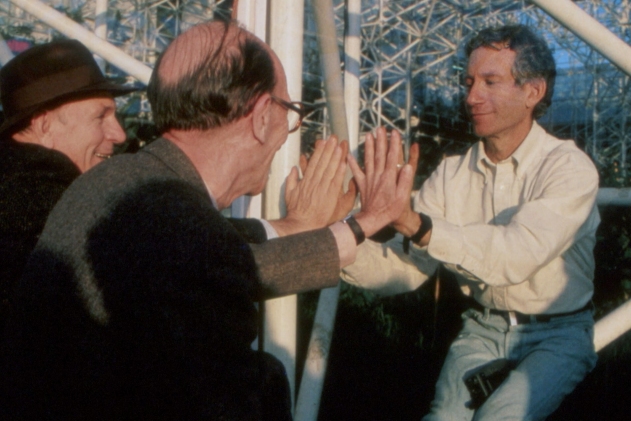 Earth’s ecosystem is a more complex and entirely closed system than Biosphere 2 could ever be. Biosphere 2 was a laboratory for Earth, Biosphere 1. As people think about how to re-engage with the world after the pandemic quarantine ends, it is worth looking to Biosphere 2 to see at a smaller, more tangible scale the extent to which humans impact their environments and the ways in which we are all interconnected.

SPACESHIP EARTH is available to stream via Museum of the Moving Image’s unique link to NEON’s virtual cinema. The conversation between director Matt Wolf, NYU environmental scientist Andrew Reid Bell, and two of the eight biospherians—Linda Leigh and Mark Nelson—is available to watch below.