THE BALL METHOD is a new short film that tells the story of African American chemist Alice Ball who found an effective treatment for leprosy in 1915 when she was 23 years old. Written and directed by Dag Abebe, THE BALL METHOD stars Kiersey Clemons (TRANSPARENT, LADY AND THE TRAMP) as Alice Ball. The film received development support from the Alfred P. Sloan Foundation through its partnership with USC, and will have its world premiere at the Oscar-Qualifying 28th Annual Pan African Film Festival in February 2020. We spoke with director Dag Abebe from his home in California.

Science & Film: How did you first hear about Alice Ball?

Dag Abebe: I heard about Alice Ball two years ago when I was reading a book in which one of the stories was about her grandfather. He was a photographer and businessman who traveled through the west taking photos of African Americans’ daily lives. There was a short paragraph that mentioned that his granddaughter had found a treatment for leprosy. That was all it said. Since I come from a science background, I thought it was interesting. I started doing more research about Alice. I wrote the script because of that and submitted it to the Sloan Foundation.

Alice Ball was the first woman to graduate with a master’s degree in Chemistry from the College of Hawaii. Right after [completing] her thesis she was approached by Dr. Harry Hollmann who was an assistant surgeon at a hospital in Honolulu called Kalihi Hospital. He wanted her to help find an injectable treatment for leprosy. This was in 1915; the oil from the seeds of the Chaulmoogra plant was being used to treat patients—it was applied as a lotion and they tried giving it orally but patients would vomit it out. The only way to make it effective was to make it injectable. But making it injectable would burn a patient’s skin because the oil isn’t water soluble, and the human body has a lot of water in it. Alice was able to find an effective solution so that the body could take the treatment.

S&F: As part of each Sloan grant, filmmakers are paired with a science advisor. Who was yours, and how did you work with them?

DA: I had a couple of science advisors. When I was first writing, I worked with David Scollard, the former head of the National Hansen’s Disease Center in Louisiana. I kept doing more research after I submitted the script, and I read an article that mentioned Paul Wermager who did a lot of research on Alice Ball. He is the former science and technology librarian at the University of Hawaii. He gave me all the documents that he had on Alice—he is writing a biography about her. Then I went to Hawaii to visit him and do more research. I went to the island of Molokai’i where the government exiled the leprosy patients and saw what life was like there. 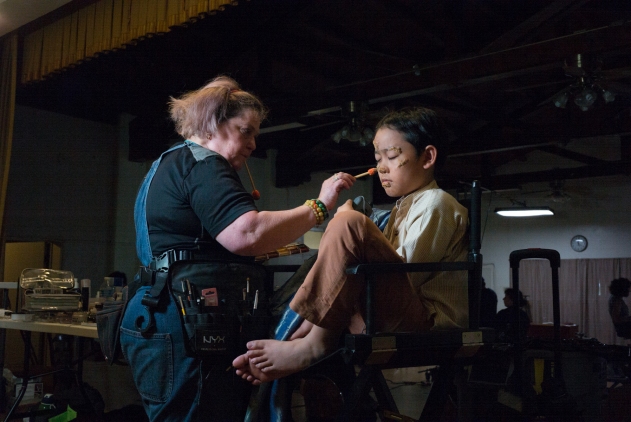 S&F: Is Alice Ball more well-known in Hawaii than in the United States?

DA: Yes, they have a whole day dedicated to her. The big problem is that after she found the treatment, the Dean of the University of Hawaii where she worked–who was also named Dean–he basically took her research and added to it, called it The Dean Method, and didn’t give her credit. She wasn’t recognized until 2000.

S&F: What can you tell me about the production of the short?

DA: We started pre-production in early May 2019. We sent the script to actresses and were looking for Kiersey Clemons to be the lead—she’s in LADY AND THE TRAMP and HEARTS BEAT LOUD—and she ended up being Alice Ball. She really looks like her too. After that we rounded out the cast by reaching out to Kyle Secor (VERONICA MARS) to play Dr. Hollmann, Wallace Langham (FORD V FERRARI) for Dr. Dean, and CJ UY for the role of Kalani. Then we shot for six days in the Los Angeles area. We found a 100-year-old building and designed a 1915 hospital thanks to production designer Nikki Flemming. For the exteriors, we filmed in a Catholic retreat center in Palos Verdes, California and all the remaining parts were shot on campus at USC. Working with my good friend and cinematographer, Bash Achkar, we were able to create a consistent look between these various locations and translate a believable 1915 world on a limited budget. 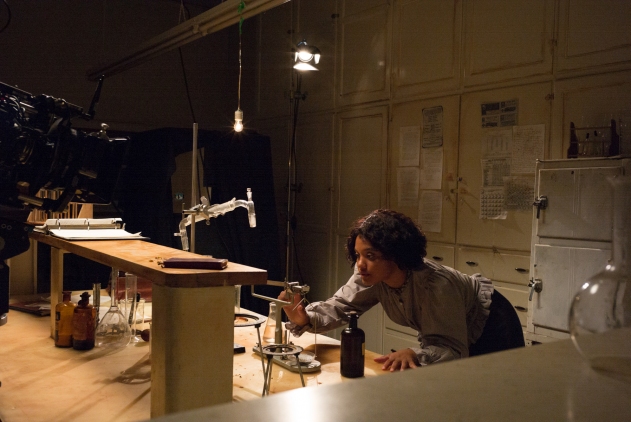 S&F: It’s such a rich story, have you thought about continuing the project?

DA: Yes. With the help of my producers Mehmet Gungoren and Yeon Jin Lee, we hope to make a longer version of Alice Ball's story. She is originally from Seattle and six months after she found the treatment, she had to go back there. That’s because of an accident while teaching at the University of Hawaii, caused by chlorine gas poisoning. She passed away six months after that as a result of not having ventilation in the classroom where they had the labs. I’d like to tell a story starting from when she’s already sick and unable to do the research she wants to do.

In real life, she never really got to see her results, but in the short film I made it so she gets to see her results. That’s the tragedy, that she didn’t get to see that she helped bring back so many people who were exiled and reunite them with their families.

S&F: How old was she when she died? 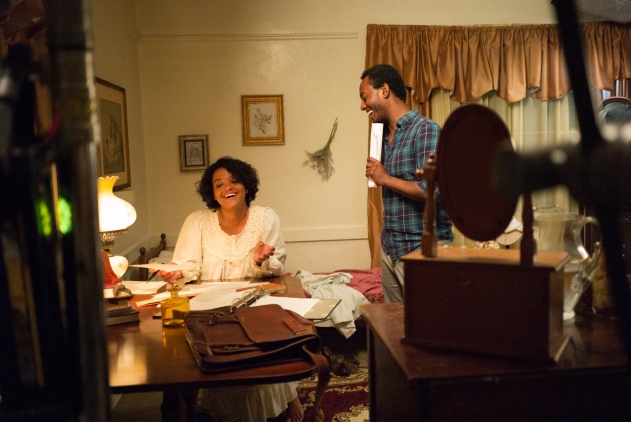 S&F: Have you shown THE BALL METHOD to any of the scientists who helped on the film?

DA: Yes. I showed it to Paul Wermager, the researcher from Hawaii. He really liked it. He wrote to me saying, as you know research is mostly facts. And facts by themselves can be boring to most people. But humans seem to have an innate love of stories, universal themes, drama, good overcoming bad, and seeing/experiencing something new. With films and images, you can tap into that human potential and you did that with THE BALL METHOD. Also, the National Hansen’s Disease Museum in Louisiana will play the film in their 20th century medicine exhibition after we finish our festival run.

THE BALL METHOD is written and directed by Dag Abebe and co-written by Javier Carmona. It stars Kiersey Clemons, Kyle Secor, and Wallace Lengham. Stay tuned to Science & Film for news as the film tours festivals, after which it will be streaming in our library of Sloan-supported short films.