A new film based on the true story Katharine Wright, the sister the Wright Brothers, is the recipient of the 2018 Sloan-Sundance Lab Fellowship. The screenwriter, C. Wrenn Ball, will be one of 16 filmmakers to participate in the five-day Lab that takes place before the Sundance Film Festival beginning January 18. KATIE WRIGHT is still in script stage. Science & Film spoke with Wrenn from his home in Los Angeles before the start of the Labs.

Science & Film: How did you learn about Katie Wright?

Wrenn Ball: I’m originally from North Carolina where the Wright Brothers’ plane is on the state’s license plate. But I had no idea there was a sister. I was thinking about the Wright Brothers as a possible project, and I just couldn’t look away from the sister. I was taken with the fact that she was so influential and is completely unknown. Her role in the selling of the plane and the innovation of the plane itself is left out in the general tellings that you hear. That just took me and didn’t let go.

S&F: What were some primary sources that gave you a sense of who Katie Wright was and helped you to write her?

WB: A lot of the biographies are very brother-centric so I pieced it together. As far as the science of the plane and Katie’s role, the Smithsonian Press published a book by Peter Jakab–the chief curator of the Smithsonian Air and Space Museum–called Visions of a Flying Machine [1990] that was really influential. The best take on Katie’s role is a biography by Tom Crouch called the Bishop’s Boys [1989] which is a brother-centric title but has a lot of great information on her role. Piecing things together was sometimes a challenge but it was interesting to see how history can be written and written over. 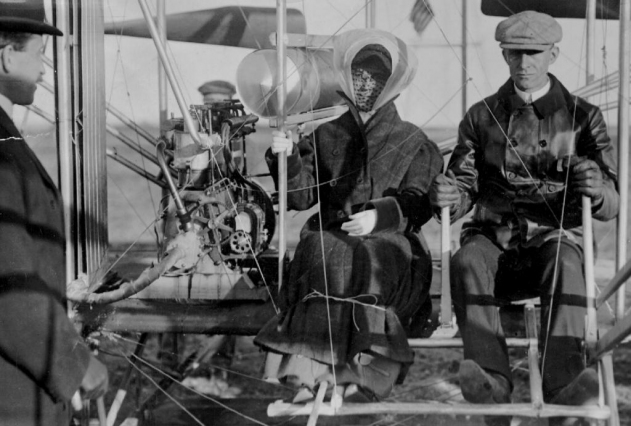 S&F: What was her exact role, and what will you focus on in the film?

WB: The movie takes place in 1908, after the development of the Wright Brothers’ first planes. The tension of the movie follows the selling of the planes and demonstration of the ability to fly, and the consequences of that with an impending world war and a burgeoning industry. Katie’s role is a business and social manager for the company. Wilbur and Orville Wright were demonstrating for the foreign market in Europe and in DC separately. Katie was apart from them, but then the younger brother Orville crashes and kills a passenger who is a war department executive. Katie at that point comes to his side and helps bring him back to life, and over time takes over his correspondences and the business on his behalf–how do we sell, to whom, and at what cost? That becomes the main tension of the film.

S&F: I could be wrong but I don’t think that either of the Wright Brothers were trained technically. Is that right?

WB: They were definitely self-made. Katie went to Oberlin College. The brothers didn’t go to college and didn’t graduate high school, for a variety of reasons including their health. But they were self-educated.

A key aspect of this film is the relationship between the siblings. I think that they saw themselves as soul mates. Katie was inspiring and enabled them to work on the airplane. The three of them were a unit. You see in the film the consequences of when the three of them are not together, and not on the same page. 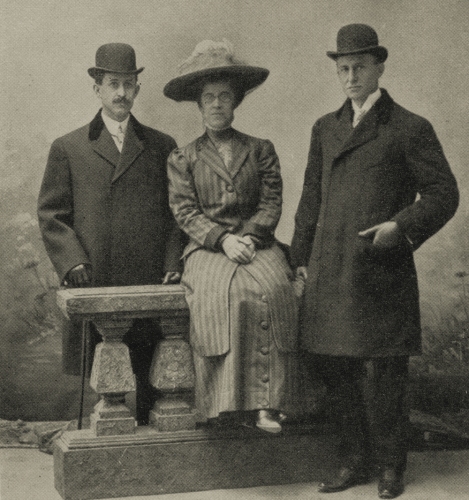 S&F: Was the idea of making a film about the Wright Brothers daunting?

WB: This is going to be my first feature. I’ve written a number of scripts, and some scripts that touch on science. A big part of deciding to pursue this was the injustice that I discovered–that the Wright Brothers were so important to the identity of North Carolina even to this day, and yet I did not know about Katie. That was a big deal.

First I was drawn to Katie as a person and then discovered how innovative she was and how much of a role she played from the innovation to the selling of the first plane. Any time you look at a historical story that is as big as something like the creation of the first plane it is a little daunting, but in Katie’s instance it was so inspiring as a writer to tackle these things and figure out how they look on screen. As far as science goes, the engineering of the plane and the way it looks cinematically is a huge benefit to the telling of a tale about a forgotten hero.

S&F: Are there any Wrights still alive, and if so have you contacted them?

WB: There are some family members. One of the benefits of the Sloan grant is to further the research, and I have plans to reach out. A lot of Katie’s documents have been included in other biographies about the Wright brothers but I do look forward to digging in as far as the personal letters and looking more towards that aspect of the research.

WB: I head out to Utah for the Sundance Labs in the middle of January. I spend six days in the Labs and meet with five or six advisors who have read the project and have one-on-one meetings. I get their perspective on the project, and what they think can be improved. Then, I enjoy the festival and then come back and do some rewriting and start to look at possibilities as far as partners in production and directing. One of the big things that I’m looking forward to is finding a great partner in the female actor who will play Katie Wright, because you just don’t see a ton of really strong female period roles. The script takes place in 1908 and this is a project that I think an actor can sink their teeth into.

WB: Yeah, that’s right. It is a great role and a wonderful story. I would like to think that we can get this project moving forward for others like myself who had no idea about Katie Wright’s influence and what she was able to accomplish in the literal selling of the first airplane.

WB: It is. I’ve been writing for a long time and have had a lot of projects that are close to me, but I want to see this on the screen so badly.

C. Wrenn Ball will be at the Sundance Labs developing his script KATIE WRIGHT from January 12-17, 2018. The Sundance Film Festival runs from January 18 to 28 in Park City, Utah where the Sloan Foundation will give its annual Feature Film Prize to SEARCH, and the Sloan-supported film THE CATCHER WAS A SPY will make its world premiere.

For more on the Wright Brothers, watch the first film made in flight from 1909 with Orville Wright piloting.