Of the 17 winners of the Student Academy Awards, chosen from a selection of 1,587, two winners received Sloan support. University of Southern California student Devon Manney won in the animation category for his short film CRADLE, about an amputee experiencing phantom limb pain. NYU student Marie Dvorakova won in the narrative category for her short film WHO’S WHO IN MYCOLOGY, about the relationship between a trombone player and some mold. The winners will both be eligible for an Oscar in the Animated Short Film or Live Action Short Film categories. 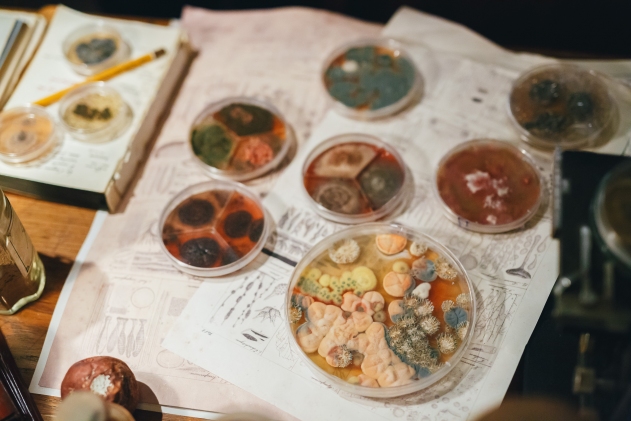 "It’s such an honor that WHO’S WHO IN MYCOLOGY has received the Student Academy Award,” Marie Dvorakova wrote to Science & Film. “The Sloan Foundation and its production grant sparked the beginning of this cinematic journey. Our team is beyond thankful."

“I'm so ridiculously thrilled and excited about Cradle receiving a Student Academy Award,” Devon Manney wrote to Science & Film. “This is an incredible honor, but none of this would be possible without the countless individuals who gave their time and talent to helping bring this story to life: amputees and scientific advisors who shared their personal experiences and insight with me, and the financial assistance of the Sloan Foundation. This film was created in the hopes of telling a story from the perspective of an amputee, and shining a light on the emotional, physical, and neurological struggles many amputees face–aspects not often showcased in the cinematic world–and I hope that the finished film, above all else, is a reflection of those ideals.” CRADLE will soon be available to stream in full on Science & Film and is part of the new edition of the Teacher’s Guide making over 40 short films available for the classroom.

The Sloan Foundation’s film program partners with six university film school across the country to award screenwriting and production awards to filmmakers whose work integrates scientific themes or characters. In addition to receiving financial support, the students work with a science professor on the accuracy of the script. Past production winners include Frances Bodomo for her short AFRONAUTS and Eliza McNitt for WITHOUT FIRE.