Interview with Writers of a New Film on Alexander Graham Bell By Sonia Shechet Epstein | September 20, 2017

Alexander Graham Bell, who patented the telephone in 1876, wanted to be remembered not only for his landmark invention but also for his work as a teacher to the Deaf. Both are mentioned on his gravestone. Darcy Brislin and Dyana Winkler’s new feature film is told from the perspective of Bell’s wife, Mabel, who was Deaf. In script stage, BELL received support from the Sundance Institute through their program with the Sloan Foundation, as well as through the Sloan-San Francisco Film Society partnership. The San Francisco Film Society partnership develops screenplays through its residency program at FilmHouse; Michael Almereyda (MARJORIE PRIME) was awarded the prize in 2016 for his screenplay about Nikola Tesla.

Science & Film spoke with Brislin and Winkler in person, in August, when the writing partners were working to finish the script.

Science & Film: When do you start the film?

Dyana Winkler: We are telling the story through the eyes of Bell’s wife [Mabel] who was Deaf. Through a combination of privilege and a brilliant mind, she learned to lip read and speak, and therefore could pass as hearing in a time when the majority of the Deaf were put into asylums or assumed to be “deaf and dumb.” She is therefore, a beautiful bridge between the worlds of the hearing and the deaf, at the end of the nineteenth century. It is also easier for us, as female writers, to write a story from a woman’s perspective.

Darcy Brislin: We knew we needed to address the telephone in the film, and we do, but we don’t start the film that early–we really start when Bell moves to DC with his wife to focus on teaching speech. The debate, which is still a huge debate in the Deaf community, is whether it was better to sign or to learn to lip read and speak. This was a pivotal point in history. Bell had a huge impact because of his celebrity, and ultimately helped sway the laws in favor of oralism. 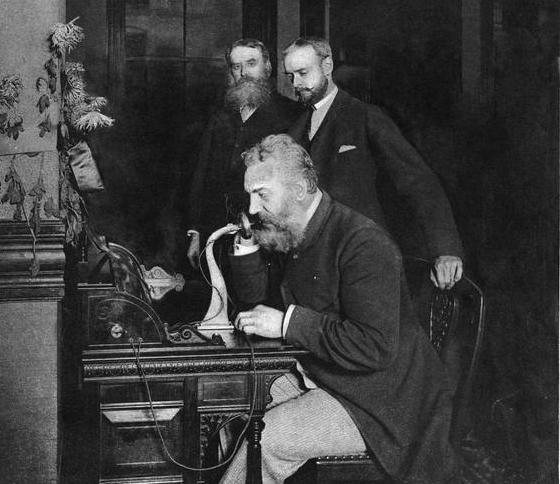 DW: Even today, there are “Alexander Graham Bell schools for the Deaf” and they don’t learn to sign. They only lip read.

DB: Bell had a Deaf mother and his father and grandfather were elocutionists who helped people to speak properly. His father had devised a system to help people with their speech based on the anatomy of the mouth and the throat. It was about how to visually learn sounds as opposed to learning them through the ear. That was why Bell came to the United States [from the United Kingdom] in the first place: to teach children this system that his father had created. That is how he met his wife– she was his prize student.

DW: How someone spoke at that time classified his or her level of wealth and intelligence. Like Eliza Doolittle [from MY FAIR LADY]; people learned how to speak properly in order to get out of
the socioeconomic class they were in. Because the deaf had trouble speaking, their intelligence was assumed to be low. But Bell was eager to prove to the world that the minds of a hearing and deaf person are the same. He believed that helping them to speak would break down that
stereotype and misunderstanding.

S&F: To what extent are you thinking of BELL as a biopic?

DW: The challenge with biopics is that you are trying to collapse eighty plus years of someone’s life into 90 minutes. One of the things we learned at the Sundance Labs is the difference between truth and fact, and how to make sure that you are honestly depicting characters without being shackled by the facts. So, we have done things like creating composite characters and shifting dates slightly so more happens in a consolidated time, but for the most part we are doing our best to be historically accurate.

DB: We have taken a few liberties. Even though the film is a period piece and we try to stay true to period details, contemporary themes are very clearly conveyed. 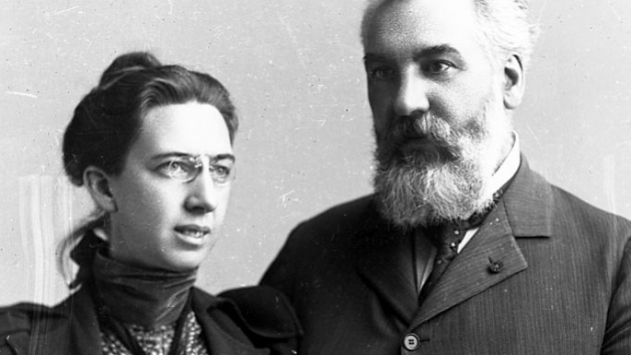 DW: One of the things we’re wondering is, do we stay factual with the sign language of 1880, or do we have more colloquial sign language that maybe more people will understand today?

S&F: Because the difference between the two is significant?

DB: Like any language, it has evolved. Ultimately we would like the Deaf community to help us
with these types of decisions, but right now we are still just trying to get a good structure in
place. One of the biggest decisions we made after the Sundance Labs was to start the film after the invention of the telephone. The telephone is fascinating but it’s part of the story that people know already; for us what was most interesting about the telephone was first of all that Bell only invented it so that he could marry Mabel. Mabel’s father was, at the time, a bankrupt patent attorney who was desperate to get rich off of an inventor’s discovery. Bell just didn’t really care for money. All he cared about was his work with the Deaf. Ironically, the Deaf community hates him. That complication is what drew us to the story.

S&F: What primary references have you used for research?

DW: We are lucky enough to have close friends who are Deaf and who work at Gallaudet University. They gave us access to the school’s Deaf Historical Archives. They helped us find a lot of books written from the Deaf perspective from that time in history.

DB: We also read Never the Twain Shall Meet [by Richard Winefield]. It was hard to find books that specifically reference Bell’s relationship with the Deaf community. There are certain details people don’t want to highlight.

DW: Never the Twain Shall Meet was written by a teacher to Deaf students and is about the relationship between Bell and a man named Edward Gallaudet. Gallaudet’s family founded the largest U.S. school for the Deaf in DC. Interestingly, Gallaudet, like Bell, was raised by a deaf mother, but his family signed in their household, as opposed to Bell’s, who only spoke.

DB: There is a version of this film which is just about the two of them. They were friends and colleagues, but their relationship deteriorated when they ended up fighting on opposite sides at the 1880 Milan Conference, where delegates from around the world voted on the future of Deaf education. With Bell’s influence, they voted overwhelmingly in favor of oralism, and Sign Language wasn’t recognized as an official language again until 1960.

S&F: Since this is a part of history that is not so well known, how did you get interested in it?

DW: My wife is hard of hearing, and so a few years ago, we decided to take a sign language class as a way to embrace the road ahead. We became friends with our Deaf teacher who told us that while the hearing world sees Bell as a hero, the Deaf see him completely differently. The last screenplay that Darcy and I wrote together was about Alan Turing. It was the script that was in competition with THE IMITATION GAME. We decided to team up again to write BELL, which is a similar story about a well-known historical figure told through a different, less documented, perspective.

S&F: You mentioned THE IMITATION GAME as being a similar kind of story. What other films are you looking to as inspiration?

DB: Films we love are THE PIANO, THE DIVING BELL AND THE BUTTERFLY, and THE KING’S SPEECH. These are movies that are able to take big characters and big themes and distill them to a more human level. Ultimately BELL is a film about communication: it is about a marriage in which one partner is hearing and one is not, but the one who can hear, ironically, is the one who isn’t listening.

DW: Alexander Graham Bell is known as the father of communication, but the one invention that he made couldn’t be used by the people he cared most for. That must have eaten him inside. He is a man with a past that has traces of being both a hero and a villain. That complexity has not made it easy to tackle this story, but that is why we are taking our time getting the backbone and structure solid–so that we can ultimately make a film that is as honest, authentic, and entertaining as possible.

S&F: What is your current timeline for the project?

DB: We are trying to get a draft finished by the end of the year so we can start sending it out to collaborators. We want to attach a director and get some established producers interested. We are hoping to stay on as producers ourselves so that we can make sure the Deaf roles go to Deaf talent. That’s something that is really important to us so we don’t want to get pushed out of the process.

As part of the support that BELL received from the Sloan Foundation and the San Francisco Film Society, Darcy Brislin and Dyana Winkler will be spending two months this fall at in residence at FilmHouse in San Francsico. Stay tuned to Science & Film for more as BELL develops.