Behind the Scenes of the Science at CPH: DOX By Sonia Shechet Epstein | April 5, 2017

The 2017 Copenhagen International Documentary Film Festival (CPH: DOX) began a new science initiative. Thirty science-themed films, talks, debates, and live events were presented from March 16 to 26. CPH: SCIENCE is programmed by Jeppe Carstensen. Before coming to the festival, Carstensen was co-editor of the film journal Krystalbilleder and Editor in Chief and founder of the nature periodical Ny Jord. Science & Film executive editor Sonia Epstein was present at the festival to give a talk on the “DNA of Great Science Films.”

On March 22, Science & Film spoke with Carstensen at the Cinemateket about the science program. “Documentary as an art form is the motto here at CPH: DOX. We see it as an art form not just as a tool for communication,” he said. The films in the science section range from the more polemic to the more experimental.

Norman Leto’s documentary PHOTON is similar to Terrence Malick’s VOYAGE OF TIME (also in the program) in that they are both about the birth of the universe. But, while Malick renders a grand view of nature, Leto focuses on the microscopic using 3D visualizations. Leto consulted with four scientists before, during, and after making the film to ensure that they were pleased. “They told me what they don’t like to see in popular science movies, and what they like. I started to do something they would be happy with,” Leto said at the film’s screening March 18. For the last fifteen minutes of PHOTON, Leto jettisons this approach and speculates about what the future of civilization will look like. Malick’s VOYAGE OF TIME ends with a visualization on the future of the planet from a scientific standpoint.

Included in the science program was the documentary THE CHALLENGE, by the Italian video artist and filmmaker Yuri Ancarani. The film focuses on the art of falcon breeding, and so Carstensen invited an ornithologist for a conversation about falcons. “There are so many different people, and different ways of talking,” Carstensen said about bringing scientists and filmmakers together. “In the CPH: CONFERENCE, of course people are different but [the conference speakers are talking] very much in relation to media theory; people have a common ground and they are more into didactics, aesthetics, and political change. In the FORUM, they were totally new to each other and had no aesthetic vision of the scientific discipline […] Yesterday, I invited an ornithologist for a conversation in relation to an art film about falcons. He was an expert in falcons, but he started out saying, what is the film’s message? But still he was sitting in the cinema taking pictures because he was fascinated. I find this meeting quite interesting.”

For Carstensen, it was important to include films that comment on public health issues. “Some of these films do create a public debate, which is important for further development of democratic society. The festival wants to change something, and be a voice in the democratic debate. Science films are not only educational anymore; we can actually change something also.” UNREST, by Jennifer Brea, was included in the section. It is about the filmmaker’s own struggles with chronic fatigue syndrome and the difficulty she had being diagnosed and acknowledged by the medical community. UNREST made its international premiere at CPH: DOX with the filmmaker and two scientists present for a debate afterwards. CAUSE OF DEATH: UNKNOWN, by Anniken Hoel, made its world premiere at the festival, and is also a critique of the health administration. 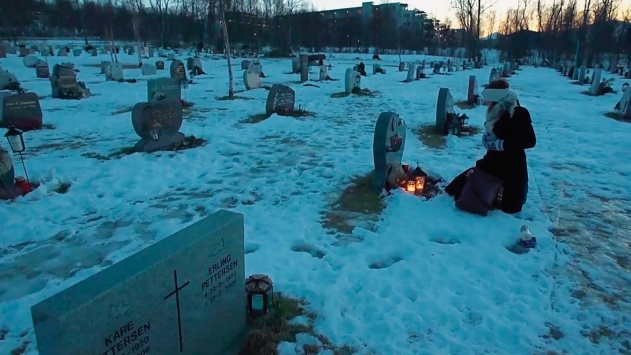 More than just a film program, the science program at CPH: DOX included a forum for filmmakers, scientists, and industry; a conference about science and film at which Epstein spoke; a VR program with four projects about science; and a science class about the representation of research in documentaries at the DOX: ACADEMY. “In combination with films I have brought in scientists to try to push their way of communicating about their field,” Carstensen told Science & Film. “It is an idealistic ambition for us to activate the scientist sitting in his ivory tower or his basement laboratory, and get him or her into the cinema so we can meet each other and understand each other.”

He continued, “it pushes creativity and innovation in scientific disciplines if scientists are confronted with putting feelings into their methodology. It is very different than a grant proposal. Scientists are not often put into a situation where they have to talk about what they are doing in an emotional and ideological way.”

CPH: DOX has a grant from Lundbeckfonden to present science programming over the next four years. For more, read Science & Film’s roundup of science films at the festival, and stay tuned for an interview with the filmmakers of the featured documentary LET THERE BE LIGHT.