RADIOACTIVE BOY SCOUT is based on the true story of a rebel teenage Boy Scout, David Hahn, who built a nuclear reactor in his backyard in 1994. NYU graduate Eric D. Cohen received $100,000 from NYU and the Alfred P. Sloan Foundation to turn this story into a feature film within the next 18 months. In 2005, Ken Silverstein wrote a book about David Hahn to which Eric D. Cohen has optioned the rights. Cohen, now based in Los Angeles, spoke on the phone with Science & Film on August 17, after receiving news that he had won the award.

Science & Film: Why were you interested in the story of David Hahn?

Eric Cohen: When I was younger, I was actually in a Boy Scout troop, and we used to tell stories about him. We were going on a lot of camping trips, looking at survival kits, and learning things about tents and wilderness—we had heard about this kid who built a nuclear reactor on his own with basic knowledge of chemistry and physics. So, as we all assumed a nuclear reactor was something really complicated, we thought the story was just a legend. I hadn’t thought about it that much since.

I ended up going into engineering and worked at Microsoft for a number of years before I went back to film school. While I was at film school I came across an article in Harper’s and I realized this mythical story was actually a true story; I just devoured the article and my first thought was, this is a movie and a story that I want to tell. Then, I saw that the same journalist, Ken Silverstein, turned the article into a book. I decided that I needed to find out about the rights. 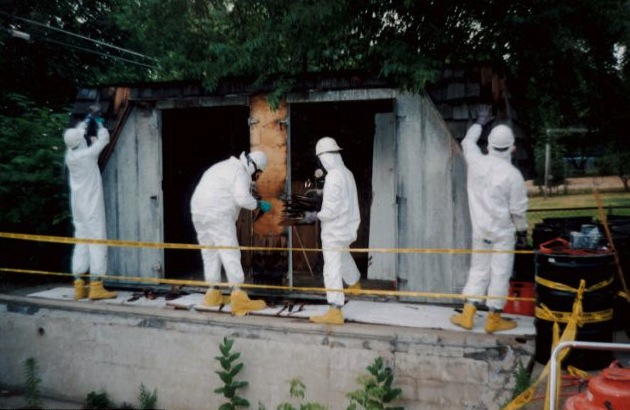 S&F: Do you have the rights to the book?

EC: Yes. The book rights are represented at CAA, a major talent agency in Los Angeles. I work at OBB Pictures which is a start-up production company started by a fellow NYU-alumn Michael D. Ratner. He, at the time, was also represented at CAA. We were already producing partners at that point, so Michael was able to make those introductions for me. Even as a student, I was able to make my case to adapt the book into an intimate, low-budget film. I wanted to make a smart movie about teenagers interested in science, but also something that might be entertaining to a larger audience.

EC: I had heard about it through school. I know the previous two winners, Shawn Snyder and Frances Bodomo. Shawn Snyder is only one year ahead of me in the grad film program and he has helped me in the application process. Based on the subject matter of the story, I knew pretty immediately that this was a project that would appeal to Sloan. It is about a teenager interested in science, but it takes the subject very seriously. It is obviously a true story so there is no question of the movie’s viability in terms of whether it’s actually doing things realistically.

S&F: Were you committed to making the movie before you heard about the Sloan grant?

S&F: Are you working with a science advisor?

EC: Yes, [NYU] paired me up with a nuclear reactor expert–professor Daniel Speyer–who is at Cooper Union. He read a draft of the script and luckily I got most of the scientific details correct. Because the book covers a long period in a person’s life, I had to take some dramatic license with how the script compresses time, and [Professor Speyer] was able to confirm that I hadn’t gone too far in the dramatization of anything. There were one or two story details that I had to adjust slightly, but some of what he was telling me gave me a few ideas as to how to make the story more interesting. So, it was extremely helpful for multiple reasons. After he was done reviewing [the script] I felt pretty confident in its authenticity.

S&F: That is always the best-case scenario, when having more of the actual science makes the story more interesting.

EC: The funny thing about this story in particular is that there is so much science, it is almost a question of, what can I take out? There was too much to fit into one film. I asked myself, how do I condense some of the science so I don’t end up with a four-hour film, with long periods of scientific experimentation, and only a few brief character moments? In order to make it entertaining, I had to really pick and choose which scientific moments would be relatable to an audience. That was a real challenge in writing the script, but it has been a fun one, because I am able to use my engineering background to inform many of my choices.

S&F: I assume you know the grant comes with a stipulation to shoot in 18 months. Do you have a plan?

EC: I have a general schedule that I would like to follow. Luckily, in addition to filmmaking, my day job is in producing, so I think my experience will be extraordinarily helpful. The idea is to shoot next fall. So far, I have been looking into other grants I can potentially apply for, and researching tax credits. Lately, I have been talking a great deal to my Sloan advisor, John Tintori, who also runs the NYU Production Lab, and to my producing professor, Peter Newman, who is the head of the the dual degree MBA/MFA program. I graduated from the MBA/MFA program in 2015, and receiving that education has enabled me to understand both the creative and the logistical side of putting a film and project like this together.

S&F: Do you know where you want to shoot?

EC: The story took place in Michigan in the 1990s. I could shoot it in Michigan. I was also thinking upstate New York. My family used to live in Ohio, so I was planning on reaching out to some of the film commissions out there to see what kind of support the project could get. Certainly, somewhere in the northeast to Midwest—it takes place in a lower-middle-class American town with a nuclear reactor in the vicinity, so I want to be able to present that realistically. There are many towns across Ohio, Michigan, and even New York that fit that bill. 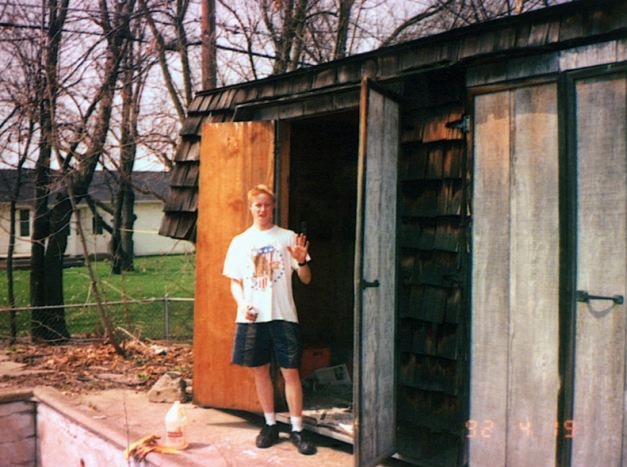 S&F: Are you going to stay in touch with the book’s author through this?

EC: Yes, I actually just told him that the project won the grant.

S&F: Has his book been optioned before?

EC: To my knowledge, the book has been optioned multiple times in the past and at one point came very close to entering production, but I think it was at a much higher budget and more in the studio system. When I originally asked about the rights, all of the options had lapsed and the rights had reverted back to the author. So, I was able to propose making the film independently, at a lower price point. I think the author was willing to take a chance on me, as he had seen various larger iterations of this film be proposed and not get made. I think the author is just excited about the prospect of getting the film made. I don’t know what his expectations are regarding this project, but I hope to do the book justice. It’s such an incredible story.

S&F: Seeing as the story’s protagonist is a teenager, do you see your film appealing to that demographic?

EC: Films that really inspired me while thinking about this script were OCTOBER SKY, STAND BY ME, and REAL GENIUS. I think younger people enjoyed those movies but they were also ones that adults could relate to. I am hoping to hit a sweet spot there. I don’t want it to be a kids’ movie. I think of it as an adult-themed movie that just happens to star kids as the main characters. I think a lot of kids are much more mature than we give them credit for and would certainly understand a movie that treats their issues realistically and with a grown-up sensibility.

S&F: You just mentioned a few films, which are great story references. Do you have any visual references?

EC: Lately, I have been watching a lot of STRANGER THINGS. I have really enjoyed how [the Duffer brothers] have brought to life that specific time period, so I certainly think there are points of inspiration from that show. I really liked ME AND EARL AND THE DYING GIRL, which has a similar sort of vibe to this story. It certainly has a suburban feel. I grew up in New Jersey suburbia, so there is certainly a bit of that setting that I want to come across. Obviously, the only childhood I have first-hand experience with is my own, so I have to draw upon that.

S&F: It sounds like you will be the producer and writer, are you going to direct?

EC: Yes. I don’t have physical production crew in place yet. I am first assembling a team of producers and a casting director. The two leads are kids and watching STRANGER THINGS I am looking on in awe as to how they found all these kids I have never seen before. My first feeling is, of course, jealousy at how they were able to do that. And then I think to myself, how am I going to be able to do that, presumably with much more limited resources?

S&F: Try and get the same kids!

A reception for Eric D. Cohen at which he will receive the $100,000 will be held on September 29. Science & Film will be in attendance–check the #ScienceAndFilm hashtag on Twitter for photos. Stay tuned to Science & Film for more as RADIOACTIVE BOY SCOUT develops, and gets cast.