Fantastic Beasts and Where to Find Them By Sonia Shechet Epstein | August 25, 2016

Dinosaurs are fantastic. When an asteroid smashed into earth sixty-five million years ago it drove them into extinction. But, dinosaurs still roam the earth through their closest living relatives, birds. (Dinosaurs themselves had feathers). A new exhibition at the American Museum of Natural History shows animated reproductions of these feathered creatures. SCIENCE GOES TO THE MOVIES co-hosts, neuroscientist Heather Berlin and journalist Faith Salie, talk with Mark Norell, a paleontologist at the Museum who curated the show “Dinosaurs Among Us” up now through January 2017. His 2007 exhibit, “Dragons, Unicorns & Mermaids: Mythic Creatures,” takes a close look at mythological creatures, like the giant sea serpent, and looks at their basis in the natural world. The skulls of baby elephants look like Cyclops, with one giant eye where their trunk was. Perhaps some of these creatures will be in the new Warner Brothers film, FANTASTIC BEASTS AND WHERE TO FIND THEM, by J.K. Rowling, coming out in November.

W.J.T. Mitchell wrote about the phenomena of dinosaurs in our culture, inspired by the animated film THE GOOD DINOSAUR, which imagines a world in which humans and dinosaurs co-exist: the asteroid missed. He begins, “what is the big deal with dinosaurs?” According to an interview Science & Film conducted about JURASSIC WORLD with the film’s technical advisor and McArthur-winning paleontologist Jack Horner, dinosaurs are “imagination engines.” Mitchell continues,

“Dinosaurs provide the perfect Darwinian allegory for the human race—namely, the possible (or should we say highly probable) prospect that human beings could wind up just like them—extinct. That, it seems to me, is the best explanation of the strange array of contradictory attitudes toward dinosaurs as popular icons. They are friends and companions, on the one hand, and feared enemies, on the other. They are ferocious wild animals and domestic pets, vicious predators and peaceful vegetarians. In short, they are a mirror of all the varieties of our own human species, distributed across a genus of extinct animals that exist only in the realms of unbridled imagination and biological science—a perfectly modern combination.” 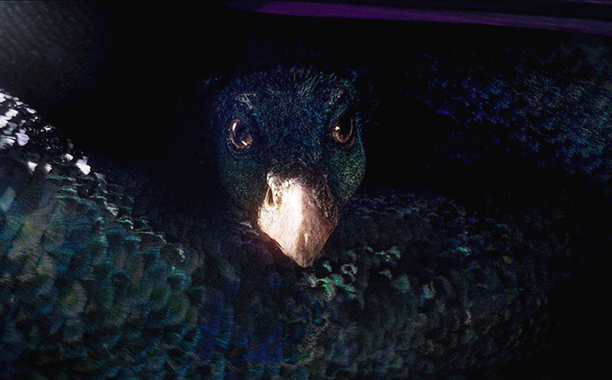 Could dinosaurs ever roam the earth again? Given the similarities between birds and dinosaurs, paleontologist Jack Horner said, “We can definitely modify a bird and change a great deal of it. We haven’t figured out the tail yet, but that’s all that’s left."

SCIENCE GOES TO THE MOVIES is made possible with the support of the Alfred P. Sloan Foundation. Lisa Beth Kovetz wrote and directed the show. Science & Film has covered past episodes such as one on THE FLASH.

The trailer for FANTASTIC BEASTS AND WHERE TO FIND THEM is available to watch below: