Dinosaurs may live on earth in our lifetime, according to Professor Jack Horner. Scientists know how to engineer everything but the tail. Professor Horner is a McArthur-winning paleontologist upon whom the scientist Dr. Alan Grant in the original JURASSIC PARK movies is based. He is the Regents Professor of Paleontology in the Honors College at Montana State University and the curator of paleontology at the University’s Museum of the Rockies. He served as a technical advisor on all of the JURASSIC PARK films. Fittingly, he was chosen by Science on Screen to introduce the latest in the series, JURASSIC WORLD. The film features not just a Tyrannosaurus rex but an Indominous rex: a genetically modified hybrid that overruns the park. Directed by Colin Trevorrow, the film stars Chris Pratt and Bryce Dallas Howard.

JURASSIC WORLD was screened at the Bozeman Film Society in Montana on April 30. Professor Horner’s introduction is available to be streamed below. Science & Film spoke with Professor Horner on the phone about his work as a paleontologist on the film.

S&F: Your work has been dramatized, but you in turn have also been inspired by film. Can you talk about that?

JH: Certainly my dino-engineering projects were brought about by the JURASSIC PARK movies. I tried to get DNA out of a dinosaur and never was able to, and decided to see if there was still a possibility of making a dinosaur even if we couldn’t bring one back. It definitely was inspired by Michael Crichton’s stories. 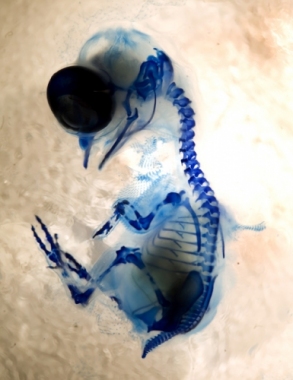 S&F: How close are we to bringing dinosaurs back?

JH: We can definitely modify a bird and change a great deal of it. We haven’t figured out the tail yet, but that’s all that’s left.

S&F: I read that you didn’t have any formal scientific training?

JH: I went to college for seven years, I just didn’t pass anything.

S&F: Are you surprised by the extent to which you’ve succeeded in your field?

JH: I have been working as a scientist since I flunked out of college. A piece of paper that says you have a degree doesn’t mean anything if you can’t think. Basically the science that I do is very different from other people. It’s different because I think differently. I’m dyslexic. I’m very spatial. But I can’t pass a test to save my life.

S&F: Do you think that has steered you in the direction of paleontology versus some of the other fields of science?

JH: Yeah. It helps. I wouldn’t go into astronomy or astrophysics or anything requiring numbers, or reading a lot. I can read the rocks and I can read the bones, but I can’t read the words. 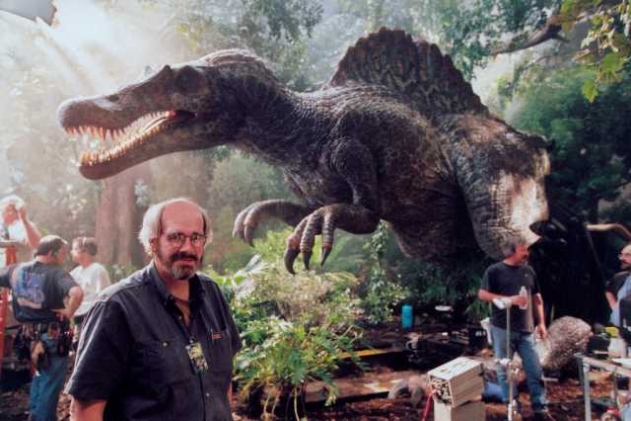 S&F: Why are dinosaurs so appealing?

JH: I’ve been interested in them my whole life. They are mostly appealing for little kids. They’re big, they’re different from anything alive today, and they’re gone. They’re imagination engines.

S&F: Now you’re working to bring them back, do you think that will happen in your life time?

JH: I hope so. I will be really bummed out if not.

S&F: Do you have a favorite scene or dinosaur from the film?

JH: Indominous of course. I helped make him. We started with a dinosaur called Therizinosaurus which has big arms and claws and then added a little Velociraptor and a little Tyrannosaurus. One of the big things is the cuttlefish to make it camouflage.

S&F: Could you actually splice in fish genes?

JH: Of course. We make animals glow in the dark. Do you know how we do that? It’s transgenic engineering. Take genes out of one animal and put them in another one.

JH: It’s just so different. Working with Steven Spielberg was pretty incredible. I like Colin a lot but things have changed so much that there’s really not too much for an advisor to do anymore. I worked on the Indominous rex a bit, and I did a cameo, but other than that I didn’t need to be on set much because I was working with the ILM [visual effects] people and the model makers. Most of the dinosaurs for the other films we had made. Now, there is just a lot of green screen. In the other movies we had animatronics on set. But, JURASSIC WORLD turned out pretty good.

Science on Screen pairs films with introductions by scientists and engineers. It was began at the Coolidge Corner Theatre in Brookline, MA before expanding with a grant from the Alfred P. Sloan Foundation to non-profit cinemas across the country. Science & Film has previously covered COMPUTER CHESS, TRAINSPOTTING, and DIVING BELL AND BUTTERFLY.