Meet the Filmmaker: Nicole Kassell By Sonia Shechet Epstein | May 12, 2016

Writer and director Nicole Kassell’s new feature PRODIGAL SUMMER is a film adaptation of best-selling author Barbara Kingsolver’s novel Prodigal Summer. The film was awarded a Lab Fellowship from the Sloan Foundation in partnership with the Sundance Institute in 2013. It is now in the financing stage. Kassell and Kingsolver are co-writing the screenplay. This is Kassell’s third feature film—her first film was THE WOODSMAN, an adaptation like PRODIGAL SUMMER, but of a play by Steven Fechter. Kassell spoke on the phone with Science & Film about PRODIGAL SUMMER.

Science & Film: Can you tell me how you first became interested in film?

Nicole Kassell: I came to New York to attend Columbia University, and one of the first days of school a fellow student showed a short film he had made—it just blew me away – to see a peer make a film was a revelation. In that moment I knew that’s what I wanted to do. I had always done studio arts, a lot of photography, and I loved music. But film for me was just an instant obsession. At that time Columbia didn’t have an undergraduate major in Film so I majored in Art History and continued with photography, but then started weaseling my way into the Columbia grad Film classes. I got to study with Walter Pena, Annette Insdorf and James Schamus, and had an incredible education there. After Columbia I took two years interning in film and ended up cutting a documentary in San Francisco, and then I got into NYU Tisch’s graduate film program. That was the hands-on boot camp for me. Out of school I made THE WOODSMAN.

S&F: Now you’re working on PRODIGAL SUMMER, what is the film about?

NK: PRODIGAL SUMMER weaves together three love stories over the course of one summer deep in rural Virginia. It is very much an ode to the natural orders of biology and the human spirit, and through the lens of these stories the film explores the complexities of Appalachian culture and the ways in which humans are subject to the basic laws of ecology, not just flora and fauna.

S&F: PRODIGAL SUMMER is based on a Barbara Kingsolver novel—is this the first one she has allowed to be adapted into a film?

NK: No. They’ve all been optioned, but we hope this is the one that makes it to the screen.

S&F: What is the science in the film?

NK: The main character Lusa is an entomologist. Deanna, living in the mountains, is a wildlife biologist. Coyotes have spread into almost all the continental states at this point. Her theory is that they are inhabiting the niche left vacant by the extinct red wolf. Garnett, the old man farmer down the road, is attempting to create blight-resistant American chestnut trees. He is back-crossing with Chinese chestnuts that are resistant. His neighbor Nannie Rawley is an organic farmer. So really all of the characters throughout the story are dealing directly with these natural, basic principles. 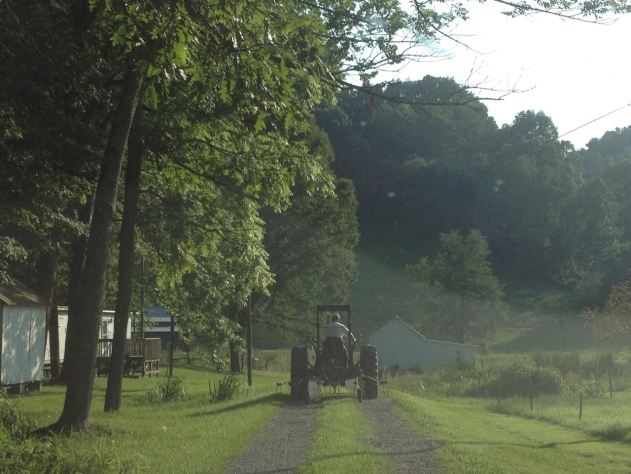 NK: I met with a butterfly and moth specialist, an entomologist, and a number of different scientists who read the screenplay and let us know if it was accurate. Barbara Kingsolver is a biologist—she wrote this book as a love letter to the planet but also to try and make these concepts accessible and to hopefully make people care. That’s her training and a huge part of who she is. As humans, we walk around thinking we are the only species on the planet, and her work is a reminder that we are all interconnected and that the air we breathe and the paper we read come from trees, and that homes are built from trees. We go to visit nature but that’s kind of a misunderstanding.

NK: We have the lead actors in place – Diane Kruger, Laura Dern, and Bruce Dern. We have half our financing so we need the other half in order to get the green light to go.

S&F: When are you hoping to shoot?

NK: The goal is definitely this summer. But the summer passes swiftly so any time between June and August to be in production would be the dream and the goal, to get it made this year.

S&F: What are the challenges you’re anticipating in bringing the story from the page to screen?

NK: Really it’s budgetary. It is hard to find financing to support a female-driven drama. Those are dirty words in our industry these days, sadly. Then, trying to do it at as low a number as possible because that’s just what the business demands. There are a lot of exciting challenges in dealing with the nature and wild life in the film and how to depict the transition from early summer to late summer within a short shooting schedule. Those are the fun challenges lying ahead.

S&F: Sloan funded you to go through the Sundance Labs, was that helpful?

NK: I went to the Sundance Lab in 2013. It was transformative. I’d always wished to do that and it was all I hoped for in its challenges. It is tough feedback you get, not just love, but all within a supportive framework. I’ve made some friends and mentors that have stayed both since then. It put me in the Sundance family, so through that it led me to go to the Sundance Producers Lab and then the Sundance Catalyst Lab. The projects they take on they really stay close to. I was in LA last week and sat down with Michelle Satter and Anne Lai and they helped brainstorm ideas of potential places to go to for financing. It’s a long-term supportive relationship which is, as a filmmaker, invaluable.

The Sloan-Sundance partnership awards a prize to a feature film and hosts a science and film panel at the Sundance Film Festival, and awards two screenplays each year prizes to go through the Sundance labs.