The Martian Wins the Science in Cinema Prize By Sonia Shechet Epstein | December 15, 2015

"I'm going to have to science the shit out of this," proclaims Mark Watney (Matt Damon), the NASA astronaut abandoned on Mars who needs to figure out how to survive. The Science in Cinema Prize was just awarded to Ridley Scott’s THE MARTIAN. The prize is awarded by the San Francisco Film Society, the Sloan Foundation’s newest film partner. The Science in Cinema Initiative develops and highlights films with science and technology themes or characters. Each year, the Science in Cinema Prize is awarded to a qualifying film currently in release. Together with the Film Society staff, a panel of top filmmakers and scientists selected the inaugural winner. 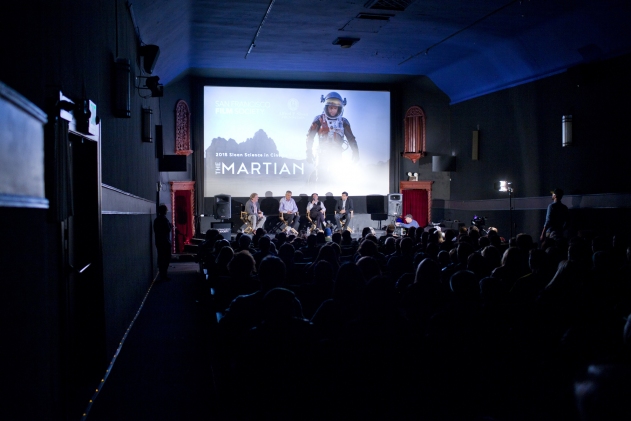 THE MARTIAN stars Matt Damon as a botanist turned NASA astronaut trapped on Mars, who colonizes the planet by creating a contained environment in which to grow food. The film is based on Anthony Weir’s science fiction novel published in 2011.

The San Francisco Film Society hosted a panel discussion featuring clips from the film in San Francisco on December 13. The discussion featured Weir, Aditya Sood, the producer of the film, and Christopher McKay, a planetary scientist at NASA, and was moderated by Film Society Executive Director Noah Cowan. There was also a formal presentation of the Science in Cinema Prize. 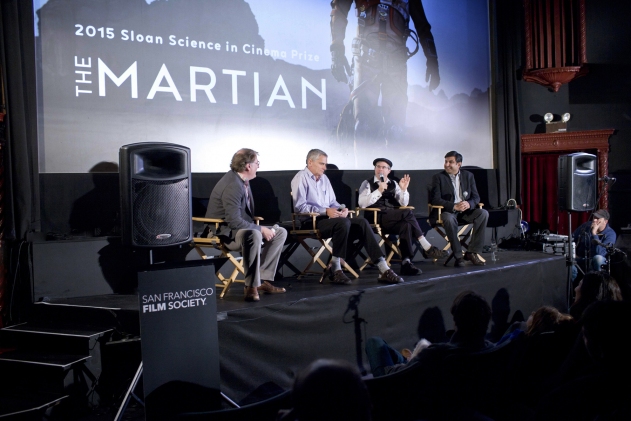 “Combining humor, suspense, adventure and wonderful characterization with scientific accuracy, the film dramatizes how human resourcefulness and cooperation allied with deep scientific and engineering know-how can spell the difference between life and death for an individual and for national and international efforts to explore the frontiers of space and knowledge,” says Doron Weber of the Sloan Foundation. 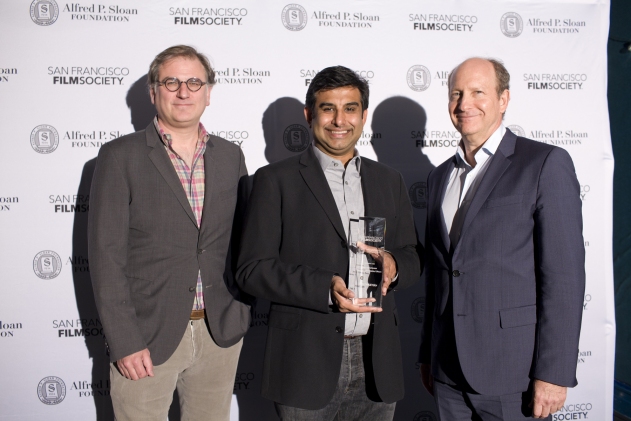 Earlier this fall on Science & Film, critic Anthony Kauffman spoke with Syndey Do, lead researcher in space habitation and life support within the Strategic Engineering Research Group at MIT, about the challenges of Martian space travel and subsistence. Check back this week on Science & Film for an article on Mars by author and film critic Michael Atkinson.