Director Interview: Married Microbiologists in THE INVISIBLE EXTINCTION By Sonia Shechet Epstein | May 11, 2022

THE INVISIBLE EXTINCTION, a new documentary which made its world premiere at CPH:DOX in 2022, explores what is known about the gut microbiome by following the work of married microbiologists Marty Blaser and Gloria Dominguez-Bello. Blaser studies the role of gut microbes in everything from weight to mood, while Dominguez-Bello—who participated in a Science on Screen program at Museum of the Moving Image in 2019—investigates microbial diversity and is leading an international effort to preserve vanishing microbial species. We sat down with directors and producers Sarah Schenck and Steven Lawrence to discuss the personal reasons they started work on this film, the research they find pressing to communicate, and why Marty and Gloria were the perfect protagonists.

Science & Film: How did you first learn about the gut microbiome?

Steven Lawrence: Until my mid-30s I was a pretty healthy guy, making documentaries in Russia and Central Asia where I picked up parasite infections that I didn’t know about at the time. Over several months I started to get sick and lose a lot of weight. The treatment for parasitic infections is antibiotics. I was given a couple rounds which work, so I kept getting more and more prescriptions for antibiotics and the symptoms of the antibiotics were what was being treated—but the doctors didn’t know it at the time. Nobody knew what the microbiome was. There wasn’t a concern about nuking your gut microbe [with antibiotics]. Over many years, this cycle repeated, and it led to significant health problems: autoimmune, thyroid disease, gluten intolerance, IBS, and a lot of allergies which I had never had in my life. I started to do research on my own, which parallels Sarah’s experience years later, and what I figured out was that taking all those antibiotics had changed my immune system.

Sarah Schenck: My eldest daughter was born with a nut allergy, so when I had my second kid the pediatrician tested her, but she had no allergies. She did get strep [throat] a couple of times and an ear infection, and in one year had three courses of antibiotics. Then she went into anaphylaxis and almost died [from eating a nut]. I was hysterical, freaked out, and furious. The hospital said, people get allergies and lose them, we just don’t know why. I was so appalled and scared I started researching.

I had done some shorts for PBS at that point and they had asked me to pitch them another film, so I pitched them the microbiome, because that was just when the Human Microbiome project had published and I thought, this sounds like a reasonable explanation for why my daughter went from eating cashews to almost dying. I was reporting that for PBS and shooting at the Broad [Institute] and then the whole show was cancelled. I found myself for the next six to eight months obsessing about the footage, and decided to do an independent doc. I had never done one before as a director, I had mostly done weird indie features, but I couldn’t stop thinking about it so I figured other people must be interested too.

Why did you choose Marty and Gloria as the protagonists for THE INVISIBLE EXTINCTION?

SS: A friend of mine from The New Yorker, Michael Specter, did a piece in the magazine about the microbiome and he mentioned Marty Blaser. He was in New York so I thought I would call him up. At that point, I had interviewed a number of microbiome scientists who were doing important and interesting work, but Marty has this rare capability—as does Gloria—of capturing the essence of complex scientific ideas in accessible language, and still maintaining scientific accuracy. He’s a great communicator in addition to being a top research scientist.

I started shooting with him and through him I met Gloria. The married microbiologists! Is this a sitcom? [laughs] They are both so charming, they have such a beautiful rapport. Marty’s research, which is quite broad, defines the problem, whereas Gloria’s looks for the solution—whether it’s preserving indigenous people’s microbes, thinking about how we can make c-section births less detrimental in the long term, in addition to advocating for fewer elective c-sections. There are people around the world doing important, foundational research, which will hopefully filter down into a much more nuanced view of what it means to be healthy. We can all be healthy physically but have very different microbiomes; there is a protectiveness in diversity within ourselves as well as within our species, and I think that’s what Gloria’s work on the microbiota vault is about. 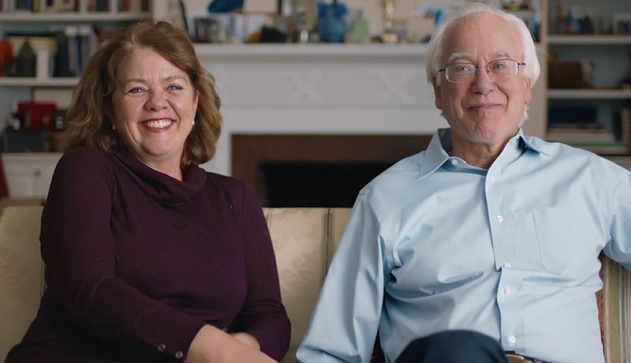 SL: The holy grail is restoration, and that’s what the film is pointing towards—the hope that these missing microbes or vanishing microbes will help provide cures.

SS: You can change your microbes fast, within a week, by changing what you eat, but if there are microbes you’ve lost, there are some that aren’t found in foods and that’s not going to be a meaningful way of restoring [microbial diversity].

SL: I am a case study in how FMT [Fecal Microbiota Transplantation] in an older adult won’t necessarily restore what you’ve lost. What Marty and Gloria say and what the science shows is that the relationship between your microbiome and your immune system is developing in childhood, and that’s when the intervention needs to take place if you’re going to help a child grow up to be healthy.

SS: One of the startling statistics in our film is that about half of our prescription for antibiotics are not necessary, and that’s a really high number. There is also a huge disparity in the amount of antibiotics women versus men receive, same with southerners versus northerners. Women do not have more infectious diseases than men, so it’s not for a reason like that. As Marty would say, that points the way towards the notion that there is too much provider differentiation in prescribing patterns. It’s called antibiotic stewardship; let’s be more careful so we don’t lose the use of them.

Was part of your intention in making this film to help people become more knowledgeable to potentially advocate for themselves, because this is such a new area of medicine?

SS: Sometimes we don’t talk about the public health aspect of the film because it’s an entertaining film, but for Steve and I it is absolutely fundamental. We’ve both had health challenges because of these issues, and the idea that we could share information to help people avoid some of those is deeply moving and inspiring and has kept us going through all the years of making this film. There are some other things we have in mind: every person can do science; your body can be your lab. In many of the stories in the film, there are regular people who are participants in clinical trials. This is a partnership between scientists who are highly trained with the people participating, and they are integral to the scientific process. We celebrate them and are grateful for their work. We want people to participate in clinical trials so we can move knowledge forward and improve health outcomes for all of us. We’re also really excited by all the women in science in the film. It celebrates a diversity of people doing science.

SL: For me it was very important to make a wake-up call—kind of like AN INCONVENIENT TRUTH was that film about climate change. There hasn’t been a film about the microbiome that tries to bring [the research] together but doesn’t just do so in an investigative way. We wanted to make something for a general audience that would engage people emotionally. You need engaging characters, and Marty and Gloria are very relatable. One important aspect of the film for us is understanding scientists as people. We wanted to show what motivates them on both scientific and personal levels, and the incredible love for humanity that drives scientists, as well as a deep concern for children and future generations.