The Fear Inside: Egor Abramenko on Sputnik By Sonia Shechet Epstein | August 18, 2020

IFC Midnight’s new release SPUTNIK is a horror story centered on a cosmonaut who returns to Earth host to an otherworldly passenger. Set in 1983 Soviet Kazakhstan, Oksana Akinshina (LILYA 4-EVER) stars as a neuropsychologist recruited to a top-secret military base in order to diagnose the cosmonaut (Pyotr Fyodorov). The film was an official selection of the 2020 Tribeca Film Festival, and is now available on VOD and in select theaters. We spoke about SPUTNIK with director Egor Abramenko from his home in Moscow.

Science & Film: A lot of the tension in SPUTNIK arises when Tatiana, the neuropsychologist, is in the process of diagnosing the cosmonaut. Why did you decide to on that background for your main character?

Egor Abramenko: From the start, we did a lot of research on the subject. We worked closely with different consultants—scientists, doctors, psychologists—coming up with the setting and plot. We wanted to bring a specific point of view to the story; we didn’t want to make our main protagonist a military person or a cosmonaut, we wanted [her] to be an outsider. That was why we thought of a neuropsychologist who would come from outside, who is not familiar with this system, with these rules— someone who could break the rules. While writing the screenplay, we understood that she should be smarter than everyone else in the military facility. She should use her experience, her knowledge, to overcome this threat and to find the cure.

At one point, we talked with one of the consultants and she told us about cortisol and explained what its function is in the human body. We thought, that’s amazing, that’s what appears in your bloodstream when you’re filled with terror! That knowledge became a symbol of our movie which deals a lot with the theme of fear and asks, what is the fear that lives inside you that you could overcome? That became the knowledge that Tatiana—the main protagonist—could use to overcome these obstacles and succeed.

READ MORE: Contact in CLOSE ENCOUNTERS OF THE THIRD KIND

S&F: What was it like working with the science consultants?

EA: It’s very entertaining to work with people who are from another sphere. When we worked on the script we tried to be very authentic and specific in terms of science. We realized that we couldn’t make [the film] without the help of these consultants. Discovering cortisol helped us to build a plot.

EA: The first reason was because we were highly attracted to the visual aesthetics of the time: the interior design, costumes, and the overall texture is beautiful. We really wanted to bring it into the story and it allowed us to play a lot with colors. Me and my DP and production designer talked a lot about how specific colors and textures affect the story and help convey emotions. 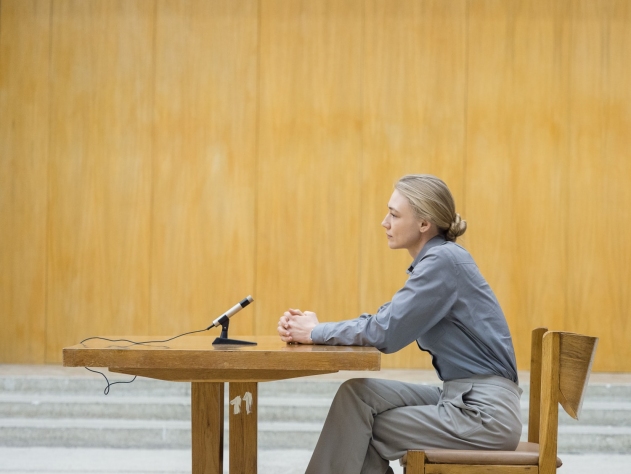 Also, this period is quite a crucial part of Russian history. It was a transition period between the old time and the new. Everything was quite uncertain; people’s mindsets were changing, their habits were changing, they were transforming. We thought that such a time period would perfectly match our story, where anything could happen, even the first contact. Maybe it occurred in real life we just don’t know! That’s the thing that we tried to speculate about. The movie is an alternative history that could be in a top-secret KGB file.

S&F: How do you think the world would be different today if first contact had happened?

EA: I’m waiting for that moment, when I will turn on TV and it will be like ARRIVAL or INDEPENDENCE DAY. Well, I hope it will be like ARRIVAL and it will come not to annihilate us but to give us some knowledge. I think that our lives will change drastically. The idea that something exists out there—an absolutely different form of life—it’s terrifying and amazing at the same time. I’m a strong believer in extraterrestrial life and I really believe they’re somewhere out there and someday we’ll meet them. 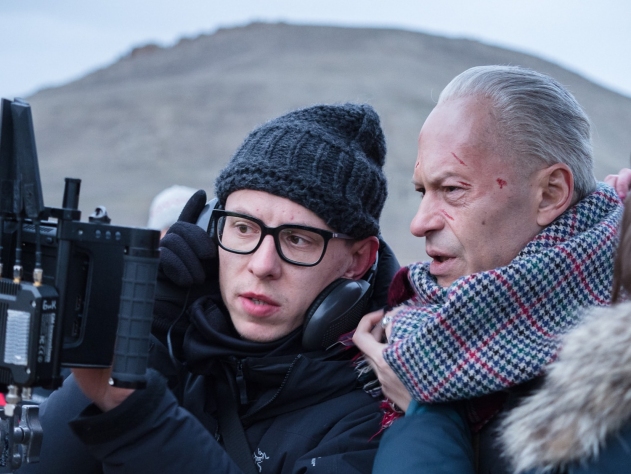 Director Egor Abramenko and Fedor Bondarchuk as “Semiradov” on the set of SPUTNIK. Courtesy of IFC Midnight.

S&F: You mentioned ARRIVAL, what other films about first contact were you inspired by?

EA: I’m quite a fan of science fiction. I was deeply influenced by classic American science fiction movies such as JURASSIC PARK, E.T., James Cameron movies, and Ridley Scott’s ALIEN. And yes, speaking of science fiction movies that were made over the last ten years, ARRIVAL is great and DISTRICT 9 is really beautiful. All of [these films] use the genre as a way of delivering a great story, a story you could only tell with the help of such a genre.

SPUTNIK is directed by Egor Abramenko and written by Oleg Malovichko and Andrei Zolotarev. The film stars Oksana Akinshina (LILYA 4-EVER), Pyotr Fyodorov (THE DARKEST HOUR), and Fedor Bondarchuk (9TH COMPANY). It is now available to watch through IFC Midnight.