The new Swedish science-fiction film ANIARA is an epic story of life after Earth’s destruction. Adapted from Nobel Laureate Harry Martinson’s 1956 poem of the same name, ANIARA is Pella Kågerman and Hugo Lilja’s directorial debut. It premiered at the 2018 Toronto International Film Festival (TIFF) in the Discovery section, and will be released by Magnolia on May 17.

ANIARA is set on a spaceship bound for Mars, with thousands on board leaving behind the catastrophes—floods, fires, wars—that have ravaged their home planet. Algae, grown on board, provide a renewable source of oxygen. Arcades and restaurants provide entertainment. A dimly lit room is inhabited by an AI computer named Mima that culls through inhabitants’ memories to prompt visual hallucinations of Earth “as it once was.” However, what begins as a three-week journey becomes interminable after a collision forces the spaceship to eject its fuel supply. 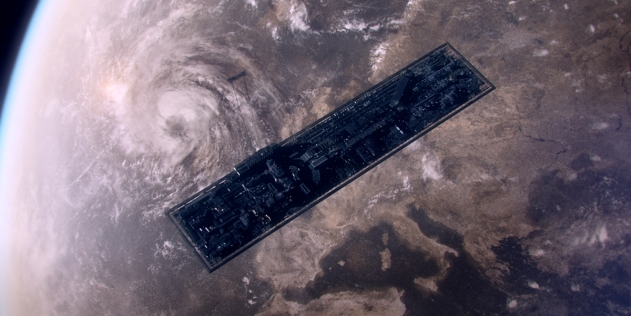 ANIARA becomes a study of humanity, the way we construct economies, relationships, power structures, and other values as the ship’s inhabitants reckon with the fact that their new planet is the spaceship. “There’s a risk that Aniara might become our future,” director Pella Kågerman said at TIFF. “The questions the film deals with are extremely relevant today.”

ANIARA stars Emelie Jonsson, Bianca Cruzeiro, and Arvin Kananian. It is written and directed by Pella Kågerman and Hugo Lilja. Magnolia Pictures will release the film theatrically and on iTunes on May 17.