Peabody and Emmy-winning documentary filmmaker Ric Burns documented renowned neurologist and writer Oliver Sacks (The Man Who Mistook His Wife For A Hat) during the last months of his life. Burns was with Sacks through the publication of his New York Times piece “My Own Life,” in which he announced to readers that he was dying of liver cancer and reflected on his life–“I have been a sentient being, a thinking animal, on this beautiful planet, and that in itself has been an enormous privilege and adventure.”

Ric Burns’ documentary, OLIVER SACKS: HIS OWN LIFE, will be completed by the summer of 2018 and will travel to festivals before premiering on PBS’ American Masters. The film received support from the Alfred P. Sloan Foundation. Science & Film spoke on the phone with Burns about the project.

Science & Film: How did this film begin?

Ric Burns: We got into the project right after Oliver received his mortal diagnosis in the early days of January 2015. His wonderful colleague Kate Edgar, who has been his editor and chief of staff for 30 years, called and said, Oliver’s going to die, could you come and interview him? So we met an 81-year-old man who had just finished a remarkably open memoir [On the Move] about the tribulations of his life that were enormous, and far greater, than one would have thought on the basis of the soothing, bushy bearded, avuncular, bespectacled Oliver Sacks.

S&F: What was it like meeting him right after he had learned about his prognosis?

RB: He’d written this book and had been thinking a lot about what his life meant. This was a guy at five minutes to midnight, hyper-motivated to think and feel and try to articulate what he thought about basically everything. So we piled in and did about 80 hours with interviews of him in February, April, and June 2015. He died at the end of August that year. Then we did 25 interviews with people who knew him incredibly well, from his closest colleagues, friends, family members, scientists, to people who didn’t know him well but had extremely interesting things to say about his work. 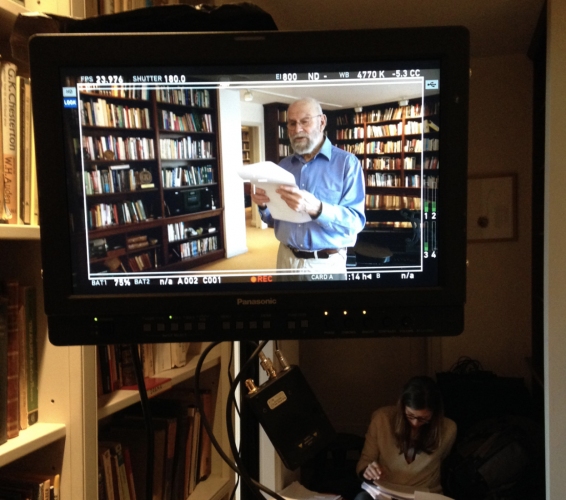 S&F: How would you say this film differs from the other documentaries that you’ve made?

RB: The film is a departure in the fact that the subject of the film was obviously alive while we were interviewing him. Eugene O’Neill was long gone [Ric Burns made a documentary about O’Neill in 2006]. I think it was also a departure in that the science piece of the film was front and center, as would have to be the case with someone who was this complicated, self-constructed mixture of doctor, neurologist, clinician, and writer. Oliver was kind of a self-created natural scientist of biological reality, who was a deep diver into the brain and mind.

It’s been challenging and interesting for me in a craft way to work on a film, one of the only times, that has no narration, because it’s very different. It’s like a sock turned inside out and you have to find ways to let it speak for itself. Of course you’re manipulating it just as much as if you were writing it, but it’s a different kind of form of manipulation that’s been fun and challenging for my colleagues and me.

S&F: What was his primary scientific pursuit?

RB: Will we ever get a clear account of how consciousness is produced by the wet-work, bio-electricity of the brain? Scientists, as non-dualists, have always believed this was the case, but accounting for that is easily the single most challenging and fundamental question in science–where does consciousness come from? That wasn’t an avocation for Oliver–that was something deeply embedded in him. It grew out of very complex family circumstances.

He’s the youngest of four boys, both his parents are doctors, his mother a very distinguished surgeon and obstetrician. Two of his three older brothers were doctors, his next oldest brother Michael was schizophrenic. Oliver grew up in a very complicated, Dickensian, north London, Jewish household in which there was a lot that was spoken but a lot that was unspoken. And Oliver was traumatized both by separation during the war when he and Michael, not yet schizophrenic, were farmed out to a sadistic boys school in the midlands. Oliver was traumatized again when Michael flamboyantly became schizophrenic in Michael’s mid-teens, making Oliver wonder if that would happen to him too. Then, he was traumatized a third time when he came out first to his father and then to his mother that he was gay when he was 18, just before he went off to Oxford. His mother, who had doted on him as her youngest, she said you’re an abomination to me, I wish you’d never been born. 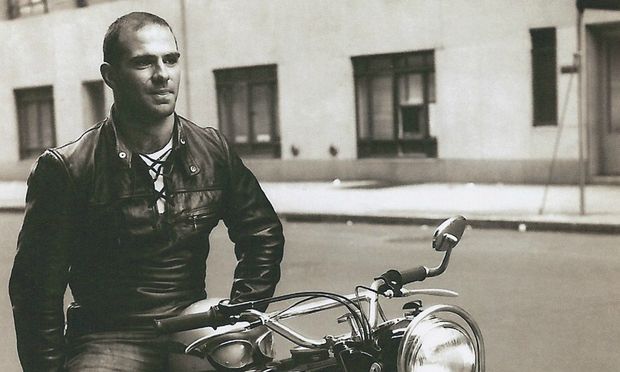 So he came rocketing out of England with an enormous baggage from his childhood. There was a time when he was a motorcycle-riding, drug-taking, Jekyll and Hyde; or as he put it, there’s Oliver and then there’s the Wolf. Wolf is his middle name. As author Paul Theroux said, where do you go when your mother calls you an abomination? You go to San Francisco. It was both a godsend but also a hugely dangerous and reckless act of seeking flight for Oliver. He was always extremely self-loathing about his homosexuality. He found some relief sexually in the Bay Area and then in UCLA during the first five years of the 1960s, but he was very, very shy, kind of incredibly unlucky in love, and after a number of really searing heartbreaks basically pulled away from sexuality and in fact, in 1973, abjured sex altogether and was celibate for 35 years.

S&F: How did Oliver Sacks make a name for himself in the scientific world?

OS: He was fired from almost every job he had. He got kicked out of Albert Einstein doing bench science because he was all thumbs, and they sent him to what was, back then, the lowest of the low clinical job you could get which was Beth Abraham Center in the Bronx, which has woefully afflicted patients. Oliver sets up there and with his own inner texture as a person, his own drug use which had accustomed him to extra-territorial mental experiences, his super-sensitive psyche, he could see that these patients–who seemed to be vegetables to most of the clinicians–he could see that there was somebody in there. He began to do the work with them trying experimental doses of L-DOPA, a dopamine precursor, which had been shown to work in Parkinson’s disease. He started this extraordinary sort of experiment trying to see if he could tease, biochemically, the subjectivity out of these people who had been locked in for decades. But not just to use the chemistry of it, but also to use his intuition and conduct tremendously deep biographical dives.

What he understood was that each of these patients might be analogous in what they were suffering from, but there was no understanding the science of what they were suffering from without going deeply into their unique individual cases. As he put it, you needed to have all the resources of biology and science, and all the resources of biography to put together. He is now within kissing distance of the vocation he invented for himself. He would be a case historian, bringing as much science as he could find, and as much intuition and empathy, to as Robert Krulwich [Radiolab host and friend of Oliver Sacks] put it, Oliver was storying these people back into the world. He was providing them with a narrative which he got from them partly empathetically, partly through filming them, tape recording them, observing them, spending days, weeks, months, years with these patients.

S&F: I never thought about him as a historian in the way that you’re describing.

RB: He saw that biographical piece as itself truly scientific. He took very seriously the idea that experience is itself a material process.

S&F: In other words, that psychology is biology?

RB: Right. The biology of the mind, which Freud had known himself, but knew in the early 20th century there were not the resources to stitch together biology and mind, so he invented psychoanalysis. Oliver was really a Freud of the modern era. The easy problem of consciousness is the fantastically ticklish job of figuring out how all the wetworks of the brain work. Not an easy problem at all, but easy as compared, as the philosopher David Chalmers put it, to the hard problem: how does any of that produce consciousness? Oliver was obsessed with that, that was his quest. The thing that was at the most knotty and scientifically precise point of difficulty in his career was also the thing that concerned him most intimately and personally.

Oliver was determined to bridge the gap between subjectivities, because of this strong sense that connection was almost impossible for him. A person who felt resoundingly ungifted at making contact was determined to do so. Late in life, the rain came and he had the only meaningful, successful romantic relationship with a wonderful man, Bill Hayes, who is a photographer and writer.

S&F: At this point, Oliver Sacks is one of the most beloved and respected names in science. When did that change come about?

RB: Towards the end he gained the respect which had been withheld from him from the scientific and neurological community. When he got it, it came not from any neuroscientist but from Francis Crick, Christof Koch, Gerald Edelman–so basically the vanguard of neuroscience. In the late 1980s and ’90s, they saw that Oliver had unique data; they could go to him and say: tell me what happens when these migraine sufferers’ vision gets frozen in what’s called akinetopsia, so they see discrete frames but not the motion between them. Vision is not something which is naïve realism, or a retinal transcription–it’s construction from within. As Koch, who was working with Crick for years at the Salk Institute, said, this discovery came out of the observations made by Oliver. Not uniquely, but he contributed the crucial corroborative inner detail of what that experience was like.

OLIVER SACKS: HIS OWN LIFE is directed by Ric Burns and executive produced by Paul Allen, Carole Tomko, Julie Goldman, and Michael Kantor. It will premiere on American Masters in 2018. Oliver Sacks was a world-renowned clinician, neurologist, and author over 15 books, two of which were adapted into films: THE MAN WHO MISTOOK HIS WIFE FOR A HAT directed by Christopher Rawlence, and AWAKENINGS, directed by Penny Marshall, starring Robert DeNiro and Robin Williams.