Charlie Brooker was inspired by an unpublished short story by Penn Jillette about a man addicted to pain to write the season four finale of BLACK MIRROR. In the episode, “Black Museum,” a failing doctor (Daniel Lapaine) is convinced by a technology company to undergo an experimental treatment implanting a device in his brain that, with the assistance of a headset, allows him feel what is happening in another person’s body in his own. When they feel pain, he feels pain. That is, until the device malfunctions and he starts feeling pleasure when they feel pain, which leads unsurprisingly to a hapless outcome. In the real world, such a doctor exists. Dr. Joel Salinas is a neurologist at Harvard who was born with mirror-touch synesthesia. What he sees in someone else, his brain translates i­nto a feeling in his own body.

Dr. Salinas describes a patient encounter in his book Mirror Touch: Notes from a Doctor Who Can Feel Your Pain, “my body mirrored her movements—her beads of sweat, her furrowed brow and grimace. This was a normal experience for me, but I noticed an unusual feeling in my chest that I couldn’t shake. My chest felt as though it was rising and falling much faster than my own body’s respiratory rate.” It turned out that the patient had a blood clot in her chest. “Without my mirror touch, I would have likely missed it,” Dr. Salinas continued. Of course, what Dr. Salinas is feeling is not actually what the other person feels but a rendering of it by his own brain. Empathy can be thought of as a person’s capacity to feel and understand the experience of another person; one theory about the impact of mirror-touch synesthesia is that it makes the person more readily empathic. However, the mirrored sensations can be so strong that one issue for Dr. Salinas, and others with mirror-touch synesthesia, can be maintaining that distinction between what they and another person are feeling. Dr. Alice Flaherty, a neurologist based at Harvard studying the neuroanatomy of empathy, spoke with Science & Film about the issue. “In the real world, the concept of empathy can be dangerous when empathic people think that they really do have direct access to people’s emotions," she said. "In fact, they’re often wrong. I know some very empathic people who sometimes just get it totally wrong." 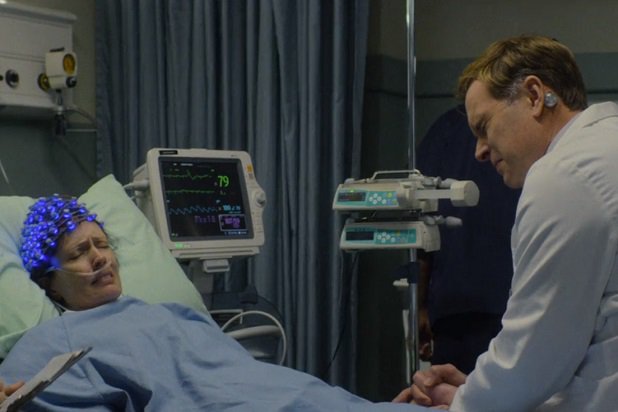 Compassion is the desire to help another person in pain, whereas empathy is the capacity to feel that pain yourself. “I don’t want my doctor to feel my pain, I want him to help me,” Dr. Flaherty said. She offered that as a patient, she had an experience that stressed that distinction. “I had twins who died at birth and was gigantically sad. I remember thinking that I didn’t want my doctor to feel that. But I was upset because he wasn’t even saying that what happened was a bad thing. I didn’t want him to feel my pain, I wouldn’t do that to a dog! I just wanted him to acknowledge that something terrible had happened.” The doctor’s way of coping was to become rigid and unemotional. “I didn’t want him to cry, I only wanted him to say ‘What a terrible thing, you must be very sad.’ Why would I want him to say that, when everybody else was already saying it to me? I guess I wanted him to care enough to help me with my next pregnancy. But not to have my pain. It wouldn’t have done him any good. He would have become a hot mess like I was. I wanted him to have affect tolerance, so he could feel sad without falling apart.”

Affect tolerance, also called emotional regulation, is the ability to feel an emotion without acting on it by, say, leaving the room or crying. Without affect tolerance, doctors who constantly come into contact with people in pain often respond by shutting down all emotion. That indifference disconnects them from their patients’ needs. Affect tolerance can be learned, though it’s rarely taught in medical schools. 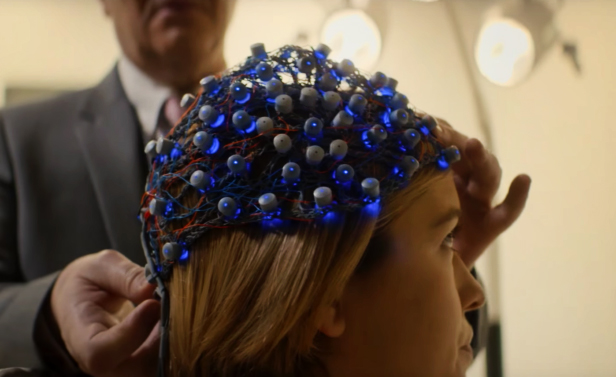 “Black Museum” is now streaming on Netflix. The episode is written by Charlie Brooker, and directed by Colm McCarthy (THE GIRL WITH ALL THE GIFTS). It stars Daniel Lapaine, Letitia Wright, and Douglas Hodge.