Thoughts can be visualized, and a recently-deceased person’s brain can compute signals. It is possible people could see heat without infrared goggles. What sounds like science fiction is in the scope of what neuroscientist Dr. Moran Cerf studies. For ten years, Dr. Cerf has been the science advisor to students at the American Film Institute (AFI) who are applying to grants from the Alfred P. Sloan Foundation for feature screenplays or short films which integrate scientific themes or characters. He has also consulted on televisions series such as USA’s MR. ROBOT and FALLING WATER, and CBS’ LIMITLESSS and BULL. Science & Film spoke with Dr. Cerf via Skype.

Science & Film: I am intrigued by the research you are conducting in the lab with brains. Can you tell me a bit about the work?

Moran Cerf: There is a field of neuroscience called Sensory Addition. The brain sits inside our skull behind a bony structure. It does not see, hear, or smell the world; all the brain does is get information in the form of electro-chemical signals from the eyes, ears, nose, or tongue, and uses those to create the world that we think is around us. But we know that the senses are limited. The eyes of a human can only see about ten trillionths of what is out there–we know that there are Gamma rays, and X-rays. There are animals with different sensory organs that can see different realities: the bat has echo-locating eyes. A bat can fly between mobile phone rays in a room because those rays are part of its reality.

The field of Sensory Addition suggests that if we take a human brain, and we plug in the eyes of the bat, the infrared vision of snakes, or the olfactory sensory system of a moth, then the brain presumably will learn how to use those senses. If a person is born deaf then we can take a cochlear implant, which is a device that basically translates sounds into the language of the brain, and within a few weeks the brain learns to interpret the signal from the cochlear implant and the person starts to hear.

S&F: Are you adding neurons to the brain in this case?

MC: The brain of a deaf person has the neurons: the brain has the auditory cortex on the left and the right, but the ear doesn’t work. So the brain doesn’t get any signal.

S&F: So it is the physical part that is not working?

MC: Yes. We can replicate the physical part using machinery and plug it into the same part of the brain that is supposed to read the signal, and then the brain gets bombarded with signals and slowly it starts hearing.

S&F: Do genetics play any role? Are there genes that make a person more readily adaptable?

MC: We have no idea. We have tested this on so few people that we don’t have enough data yet. But we do know that some people are born with different brains–like people with synesthesia feel colors, smell numbers, or taste shapes.

S&F: What experiments have you done?

MC: After a person dies as the brain is decaying rapidly. Metaphorically, it has gas in it and until the blood runs out it can compute things. We asked the question, what things could the brain do once someone has died, that the person did when they were alive? What we are trying to do now is to see what simple tasks a brain on a dish can do? Process content, distinguish between events, calculate things? The assumption is that the brain is a processing system; if you’re alive or dead, or if the content comes from the eyes or a new device, does not matter. All it knows is it gets a signal, and it tries to make meaning out of it.

S&F: Can a brain removed from a dead person’s skull learn new things?

MC: We have not tried that yet. Even what I am saying right now is so complicated. We are basically taking the brain and treating it like a neural network of computing cells. To make it work we have to zap the right spots to simulate the signal that originally came from different sites.

Plus, to even do this research we have to overcome some real psychological barriers: it is not obvious what it means to use the brain of a person when they are ‘not there’. It poses the philosophical question: who is me when I’m dead? 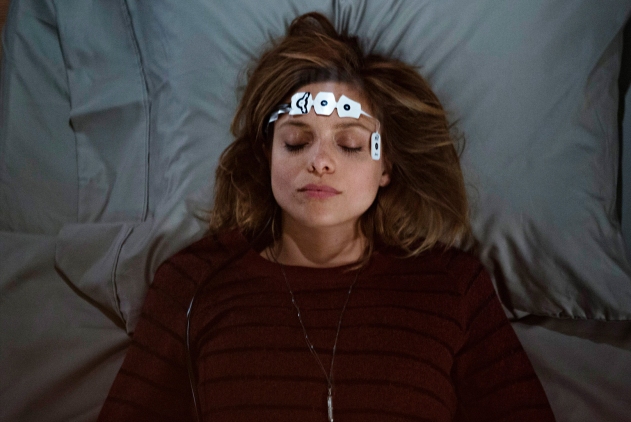 S&F: Has the experience of being a Sloan advisor at AFI changed as you have been doing these sorts of experiments?

MC: I have been an advisor for ten years. Ten years ago, when scripts came to me and they were not based on science I would say, Sloan is never going to approve this, so just forget about it. Now I when it’s not based on existing science I say, it’s risky, but I never tell them no. I say, if you want to do that you can, because I don’t want to say something is impossible. So many things that were science fiction ten years ago are now within reach.

In 2010, a paper of mine came out in the science journal Nature about the ability to look at people’s brains directly and project a thought. People could think something and we could show it on a screen. Our study came out and then based on an interview I did on BBC somehow the journalist came to believe that it wasn’t just people’s thoughts, but it was people’s dreams that we could put on a screen. Even though it wasn’t true, the media picked up the story. If you look up my name right now you will see hundreds of articles about me doing that. Afterwards I spent hours talking to every media outlet explaining why it is impossible and why it’s a mistake. Then in 2013, I get a call from BBC again and they ask me to comment on it again. I reminded them that this is impossible. They said, we know you cannot do it but we want you to comment on the work of someone else who did it. It turns out that someone in Japan didn’t know that those article he’d read about my work weren’t true. He just saw that scientists in Los Angeles are extracting dreams, and he followed up on our work and he was the first person to project people’s dreams because he just didn’t know that it was impossible. Three years later, we are doing it in my lab. Now I was wrong twice: once for saying something was impossible when it was not, and then for saying something was impossible when it was.

The beauty of science is that you shouldn’t ever say that something is impossible. A lot of inspiration comes from science fiction films and books we read as kids. Most of my work was written at some point in science fiction books and that’s why I think film is so critical, because the role of filmmakers is to push the envelope. They give scientists ideas, questions, and possibilities. When I help Hollywood to write a script or work on a movie, I know that those kids watching the film could be my students in 15 years.

After that dream story came out, I was contacted by Hollywood and they wanted to make a science fiction television series called FALLING WATER. In the series you see a lot of science. Same for LIMITLESS, written by a friend of mine Mark Goffman, about a guy that makes a pill that improves his brain. In those series the science is key. Mark contacted me and said, this is science fiction but we would love to have as many realistic things as possible. He asked me to meet the writers. This was as helpful to me as it was for them. A lot of shows are now looking to science. For me, it started with Sloan and AFI students.

Dr. Moran Cerf is a professor of neuroscience and business at the Kellogg School of Management and the department of Neurosurgery at Northwestern. He is visiting faculty the MIT Media Lab. He holds multiple patents, and has been published in Nature, Science, as well as Wired and Scientific American Mind. For more, check out Science & Film’s database of films which have received Sloan support at AFI.